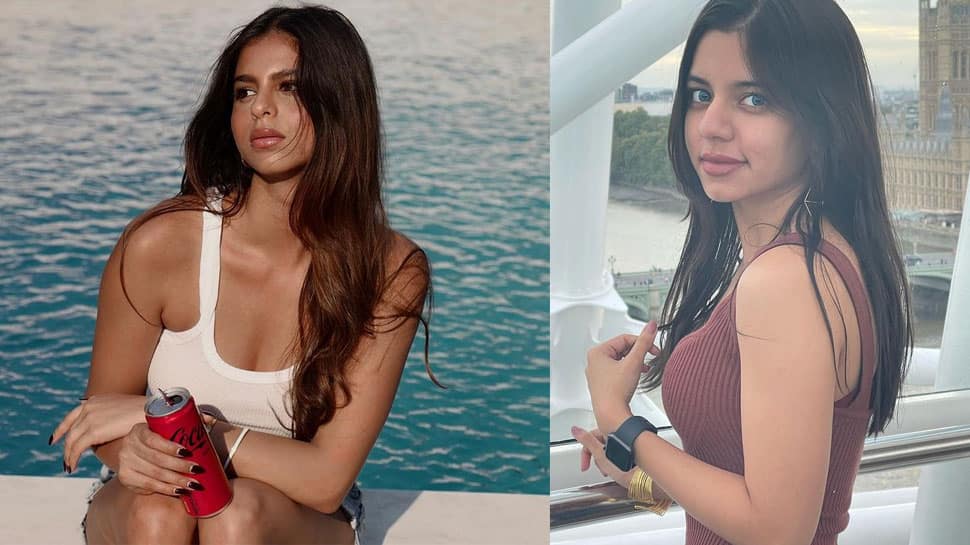 New Delhi: Superstar Shah Rukh Khan’s daughter Suhana Khan is an avid social media user, who enjoys a massive fan following online. Fans recently spotted her doppelganger on Instagram (IG) and guess what? the girl’s rising popularity is all thanks to her uncanny resemblance with the star kid.

IG user Isha Jain,  who has over 130K followers already looks much like Suhana Khan in most of her pictures and videos which have not gone viral. Take a look here:

Isha Jain, a social media influencer drops mesmerising posts online and has a fanbase of her own.

SRK and Gauri Khan’s darling daughter headed to New York University in 2019 where she is studying acting. She completed her graduation from Ardingly College in England.

Sometime back, filmmaker Theo Gimeno shared the first look poster of his short film starring Suhana in a lead role. Titled as ‘The Grey Part Of Blue’, it stars Robin Gonnella in the lead role besides Suhana. It has been written by Theo Gimeno.

Speculation of her making her starry entry into movie business has always been around and now that she is studying acting as a course, looks like very soon the pretty girl will be making her big-screen debut.

Meanwhile, all eyes are currently on her brother – Aryan Khan, who was arrested by the Narcotics Control Bureau (NCB) on October 2, 2021 from a cruise party in drugs case. The Special NDPS court has extended the judicial custody of Aryan and other accused till October 30, 2021.