This Is What Happens When Female Loneliness And Rage Collide – Deadline 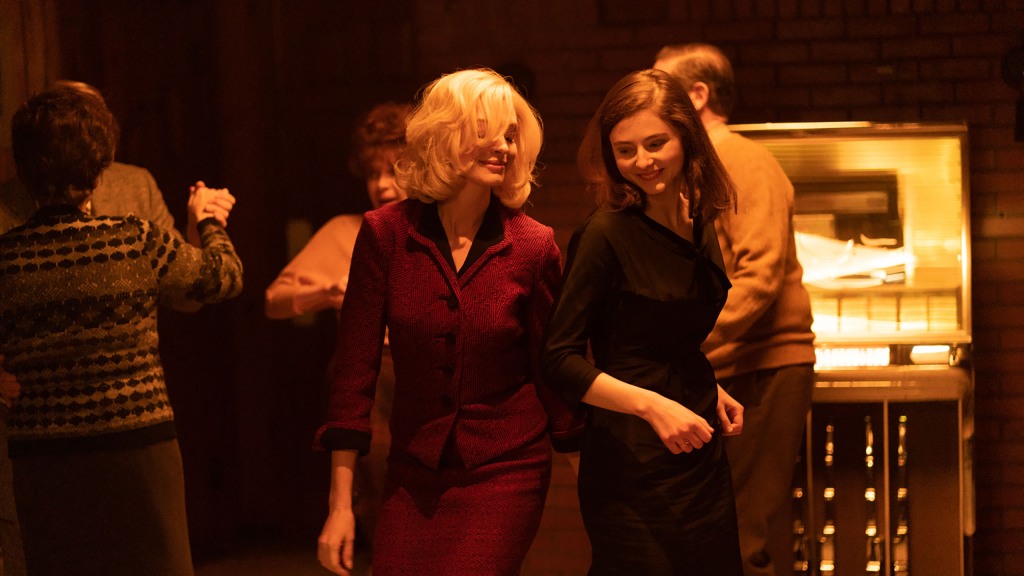 Eileen, directed by William Oldroyd, and written by Ottessa Moshfegh, and Luke Goebel, which is based on Moshfegh’s book of the same name. The film stars Thomasin Mackenzie, Anne Hathaway, and Shea Whigham.

Eileen (Mackenzie)  starts with the titular character sitting in her car on a beach, watching a couple make up. Her arousal peaks as a voyeur, and stuffs ice down her pants to cool down so to speak. The 24-year old is the loner type who works as a prison receptionist. She has her eyes on one of the prison guards,  and during her downtime at work her imagination runs wild with the possibilities of a hook up.

Her mother is dead and now she lives with her father (played by Shea Whigham) who is a retired cop and raging alcoholic. When Eileen comes home from work one day, she sees the police trying to calm him while he’s drunk and waving a gun around in the middle of the street. She promptly deescalates the situation and instead of thanking her for preventing him from getting arrested, the man insults her. His disdain for his own child is obvious and encourages her to get a life and not be such a boring deadbeat.

Dr. Rebecca St. John (Hathaway), a mysterious woman who shows up to the job as a new hire–and the young receptionist is smitten with her. The doctor flirts with her, is affectionate, and is the only one to tell Eileen she’s capable of more in life. Being wrapped around the doctor’s finger, and is willing to sacrifice anything at this point. What type of things she’s willing to do is a whole different matter.

The film is based on the book of the same name by Ottessa Moshfegh and believe it or not, the film’s narrative fills in some of the gaps in her book.  There’s also a lot of dialogue queues in the script that foreshadow what’s coming. We know Eileen is going to reach the breaking point, the audience is just waiting for who or what will be the catalyst.  The wait is what makes the film an unsettling noir, and trust me it’s worth the wait.

The two lead performances from Mackenzie and Hathaway just ooze sex appeal and dominance in their performances Mackenzie’s ability to switch between the mousy and maniacal is masterful, and when Eileen finally stands in her power it’s beguiling.  Hathaway smulders as Dr. Rebecca. Her character is so flirtatious, cool, and confident that sometimes I started to blush. The actress’ gaze cuts right through you, and that’s the type of talent that comes with being relaxed and having so much damn fun.

Eileen leans into pulp and camp sphere, but does not go far enough with the queerness. As a young woman searching for connection, She was looking for someone, anyone to give her attention and Rebecca was it. With all that build up, and all that pulp, why not dive further into the queer narrative. I don’t know how to describe how this film is simultaneously queer while slightly queer-baiting its audience. I am beyond tired of seeing this trope in LGBTQ content. Moshfegh and Goebel are forgiven because this script is a balanced mix of the hysterical and the macabre, all while maintaining the female gaze.

At the conclusion of the film, I had this theory about how Dr. Rebecca St. isn’t real and was a figment of Eileen’s wild imagination. And when she leaves her dad and the town behind for good, is she on her way as is,  or a stylized version of who she wants to become? The ambiguity serve the movie quite well.