TikTok Founder Zhang Yiming’s $60-Billion Fortune Makes Him One of the World’s Richest, but Not Without Risks 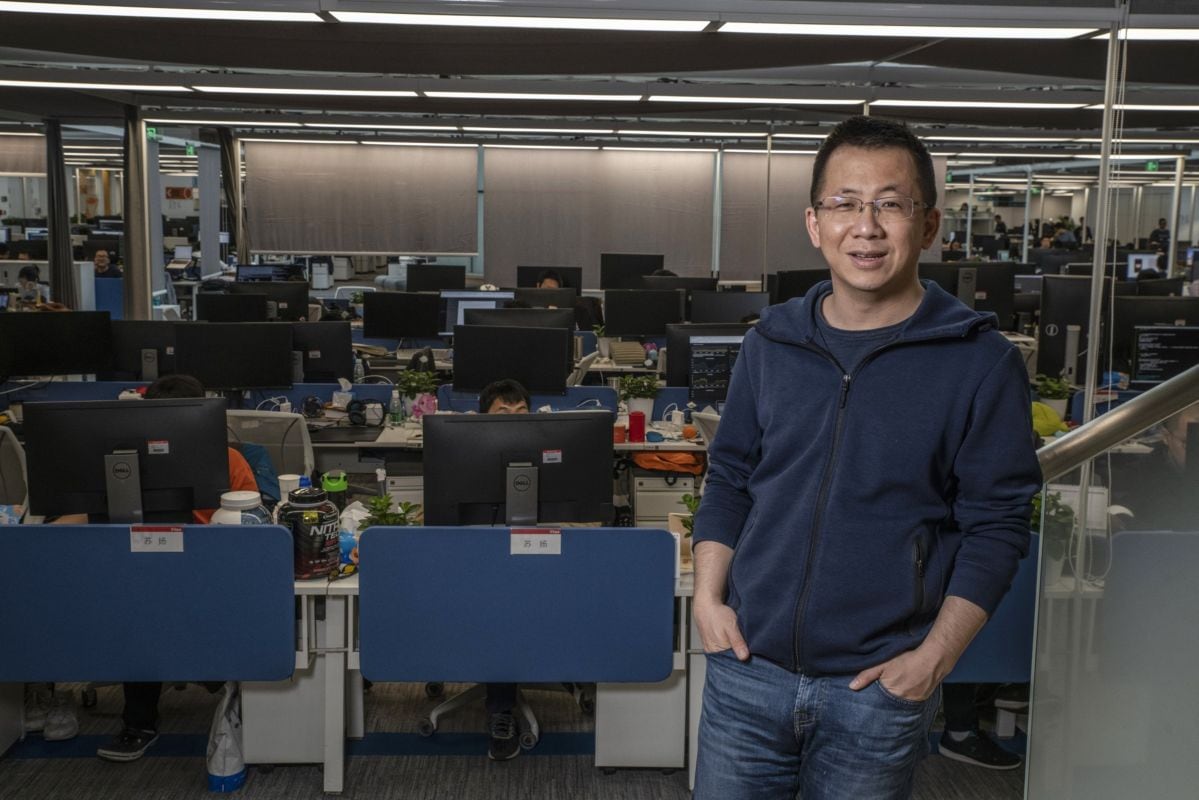 Just last year, the world’s most valuable startup, ByteDance Ltd., was being squeezed from all sides.

The Trump administration wanted the Chinese firm, which owns the ubiquitous TikTok video-sharing platform, to get rid of assets. Beijing was cracking down on tech businesses, and India blacklisted some of its social-media apps.

For all the obstacles, ByteDance kept growing. Now its founder, 38-year-old Zhang Yiming, is among the world’s richest people – a distinction that lately has carried increased risks in China.

Shares of the company trade in the private market at a valuation of more than $250 billion (roughly Rs. 1,87,900 crores), people familiar with the dealings have said. At that level, Zhang, who owns about a quarter of ByteDance, could be worth more than $60 billion (roughly Rs. 4,50,980 crores), placing him alongside Tencent, bottled-water king Zhong Shanshan and members of the Walton and Koch families in the US, according to the Bloomberg Billionaires Index.

ByteDance, famous for its short-video apps and news aggregator Toutiao, more than doubled revenue last year after expanding beyond its core advertising business into areas such as e-commerce and online gaming. It’s now weighing options for the initial public offering of some businesses.

“Zhang is someone who’s known for thinking long-term and not easily dissuaded by short-term setbacks,” said Ma Rui, partner at venture-capital firm Synaptic Ventures. “He is set on building an enduring, global business.”

It’s a tough time to be wealthy in China as the government seeks to rein in the country’s most powerful corporations and their billionaire founders. Just ask Jack Ma: After opening an antitrust probe, regulators fined Alibaba a record $2.8 billion (roughly Rs. 21,040 crores) and the central bank ordered an overhaul of his Ant Group fintech empire so it’d be supervised more like a bank. On Tuesday, China ordered 34 Internet companies to rectify their anti-competitive practices in the coming month.

While ByteDance hasn’t been singled out as a target, its dominance in social media and war chest for deal-making are sensitive areas the government is looking into.

“There are no more silly games in the US with Trump and potential bans or forced asset sales,” said Kirk Boodry, founder of investment research firm Redex Holdings. “But the pressure on tech-share prices and China in particular might make $250 billion (roughly Rs. 1,87,900 crores) a tough sell,” he added, referring to ByteDance’s value in private transactions.

Born in the southern Chinese city of Longyan, Zhang, the only son of civil servants, studied programming at Tianjin’s Nankai University, where he built a following on the school’s online forum by fixing classmates’ computers. He joined Microsoft or a brief stint after graduating, later calling the job so boring he often “worked half of the day and read books in the other half,” according to an interview with Chinese media. He went on to develop several ventures, including a real estate search portal.

His breakthrough came in 2012, when working in a four-bedroom apartment in Beijing he created ByteDance’s first hit – a joke-sharing app later shut down by censors. It then turned to news aggregation before winning over more than 1 billion global users with its short-video platforms TikTok and Chinese twin app, Douyin. In the process, it attracted big-name investors such as SoftBank, Sequoia Capital and proprietary-trading firm Susquehanna International Group, making it a rarity among Chinese Internet startups that usually get absorbed into the wider ecosystems of Tencent and Alibaba.

Novel Concept
One of Zhang’s earliest supporters, Susquehanna has become ByteDance’s largest outside backer with a 15 percent stake, according to a Wall Street Journal story in October. The initial bet was made at the start of 2012, when ByteDance’s news app Toutiao was just a concept that Zhang had drawn up on napkins, according to a 2016 blog post by Joan Wang, who led that investment for Susquehanna’s Chinese venture-capital unit.

With TikTok facing scrutiny in the US and India, Zhang has put more effort into ByteDance’s nascent and fast-growing Chinese businesses, which range from gaming to education to e-commerce. That helped it increase sales to about $35 billion (roughly Rs. 2,62,930 crores) last year and operating profit to $7 billion (roughly Rs. 52,590 crores), a person familiar with the results said.

But for Zhang, it’s not all about immediate payoffs. The affable founder is known for his business philosophy of “delaying satisfactions” as he puts the focus on long-term growth – a message he stressed again during his spiel to employees at the company’s ninth anniversary celebration last month.

“Keep an ordinary mind, that’s something that sounds easy but important to do,” he said. “Put in the plainest words, when hungry, eat, when tired, sleep.”

– With assistance from Pei Yi Mak.

Why did LG give up on its smartphone business? We discussed this on Orbital, the Gadgets 360 podcast. Later (starting at 22:00), we talk about the new co-op RPG shooter Outriders. Orbital is available on Apple Podcasts, Google Podcasts, Spotify, and wherever you get your podcasts.