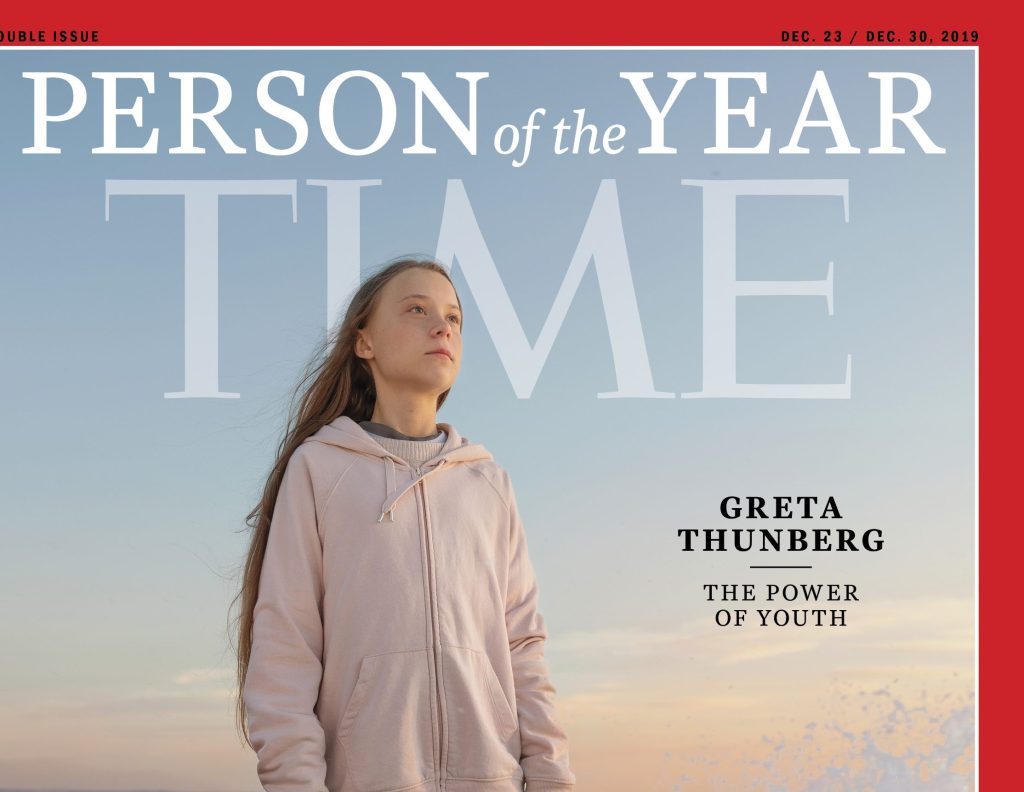 For the first time, the TIME Person of the Year award is moving to YouTube. The 2021 reveal is set to premiere at 7:30 AM ET on Mon. Dec. 13 on TIME’s YouTube channel,

The move to the net is a break with past protocol, which typically saw a broadcast network make the announcement. NBC most recently broke the news on the Today show.

Person of the Year (which was called Man of the Year or Woman of the Year until 1999) is an annual issue that profiles a person, a group, an idea, or an object that, “for better or for worse… has done the most to influence the events of the year”. The selection is made solely by the magazine’s editors.

That has led to some controversial choices in the past, including Adolf Hitler, Joseph Stalin, Nikita Khrushchev and the Ayatollah Khomeini. Environmetnal activist Greta Thunberg, pictured above, won in 2019.

In addition to Person of the Year, TIME’s selection for the Heroes of the Year will also be revealed during the Youtube show. That segment will review 2021 through exclusive interviews, and will include profiles highlighting the year’s most prominent global stories.

In other news today, TIME named Olivia Rodrigo the 2021 Entertainer of the Year and Simone Biles the 2021 Athlete of the Year.

TIME’s Lucy Feldman hailed Rodrigo for “a gift for picking the best of the past—whether a well-worn shirt, the faded feedback of a guitar or the intensity of first love—and finding just the right way to situate it in the present. Her songs have hit with audiences of all ages, in large part because she renders adolescence so viscerally: she’s resentful, seething, crushed, itching to just grow up already….Her rise to pop stardom was swift and definitive:it started on Jan. 8, when Rodrigo, already a Disney actor with an audience, released her first single, ‘Drivers License,’ a torch song that took off on TikTok and stirred up theories about who inspired it. By Jan. 23, she became the youngest solo artist ever to debut at No. 1 on the Billboard Hot 100, where her song stayed for eight weeks….Halsey sent Rodrigo a cake, Cardi B shouted her out on Twitter, and Taylor Swift offered her props on Instagram.”

See the 2021 Entertainer of the Year cover, featuring a photograph by Kelia Anne.

TIME’s Alice Park and Sean Gregory wrote about Biles: “In the middle of the Olympics for which she had trained for five years, and which was supposed to be the triumphant capstone on a historic career, Biles slipped on her warm-up suit, packed her competition bag and told her teammates she wouldn’t be competing with them, but rather cheering them on in the team event. Her mind and body weren’t in sync, she said, which put her at serious risk. She also withdrew from her next four events, returning only to participate in the final one. At an Olympics in which five gold medals for Biles seemed preordained, she won a team silver and a balance-beam bronze.

See the 2021 Athlete of the Year cover, featuring a photograph by Djeneba Aduayom.

Find out who will be named TIME’s 2021 Person of the Year this Monday, December 13 at 7:30 AM ET on YouTube #TIMEPOY https://t.co/CBx9lqPCXO pic.twitter.com/85mOs4OQEW