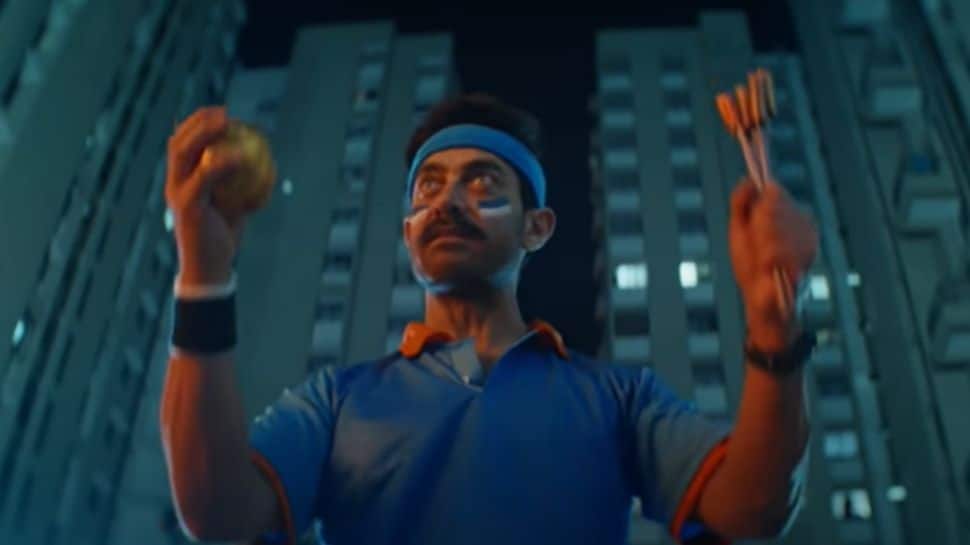 The advertisement featuring Bollywood megastar Aamir Khan discourages people from bursting crackers on the roads. While Hegde applauded the ad for raising awareness against bursting crackers on streets, it also sought the company’s attention to the “problem of roads being blocked in the name of Namaz and noise emitted from mosques during Azan.”

He mentioned these concerns in a letter to CEAT’s MD and CEO Anant Vardhan Goenka on October 14.

Since the controversy broke out in relation to the ad, netizens took to Twitter to express their opinions on the issue. While some sided with the BJP MP’s message and interpretation of the ad, others stated that there was no communal message as such in it.

Take a look at their reactions:

Dear ceat tyres we are Waiting for you to make an Ad saying roads are meant for vehicles not for stone pelting or doing Namaz and Amir khan go give gyaan to ur community about road ethics. #ShameonYouCeatTyres pic.twitter.com/truvPfIJZs

Why does Aamir Khan, who gave the knowledge of not bursting crackers on the road, speak against Namaz on the road?#ShameonYouCeatTyres pic.twitter.com/PkOaG0hpPf

Amir Khan and Ceat tyre should make a addvertisement on this also. Road is for vehicles ,Not for Namaz A worldwide problem  #ShameonYouCeatTyres pic.twitter.com/n70kfMvK4e

Aamir Khan felt india is unsafe. Now advertises some tyre company. Time to boycott him & companies that hire him. #EconomicBoycott

Don’t burst firecrackers on the streets during Diwali : Actor Aamir Khan appeals through the advertisement of ‘CEAT Tyre’

Would he ever advice ‘Don’t offer namaz on the street ?’

Time to show the door this Deepavali ! pic.twitter.com/zLxlsES0MD

Waiting for Aamir Khan to give gyan on sound pollution !

The bhakts stage actors is taking on “CEAT” for its adorable commercial Ad featuring Aamir Khan .

The Ad suppose to give some sense in containing and taking care while handling crackers.

Blown out of proportion and diverted I to a communal angle. pic.twitter.com/4mFBAEFO58

#AamirKhan has been a foreteller for years…. he predicted the change in Indian Cinematography, he spoke about growing intolerance, he told against gundaraj of BJP …. all is happening https://t.co/krRhGpFLhN

This comes just days after the backlash faced by Fabindia for its ad campaign in which it used the Urdu phrase “Jashn-e-Riwaaz” to describe the festival of Diwali. Fabindia subsequently had to withdraw its advertisement and clarify that the phrase was meant to celebrate Indian traditions and not exclusively the festival of Diwali.

Further, the yet to be launched Diwali collection has now been renamed “Jhilmil si Diwali”.

Earlier, the matrimonial wear brand Manyavar also came under scrutiny when they created an ad dismissing the Hindu practice of ‘kanyadaan’ and introducing the concept of ‘kanyamaan’ instead.