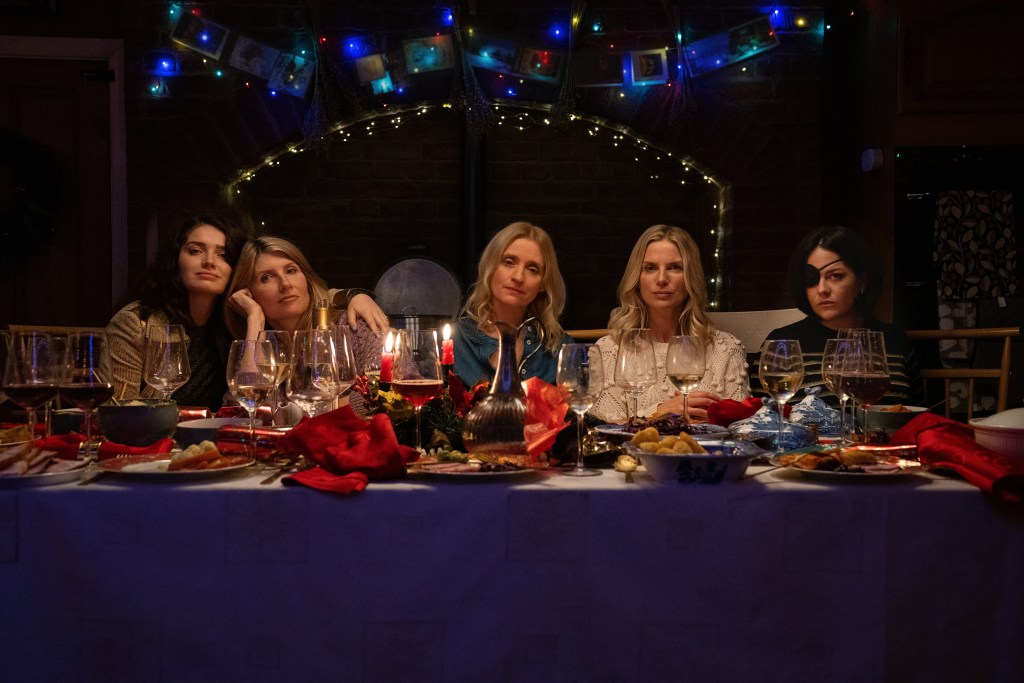 Sharon Horgan’s first series for Apple TV+, an adapting of the Belgian version of Clan, will be titled Bad Sisters. The previously untitled project, co-written, executive produced by and starring Horgan (Catastrophe, Shining Vale), also announced Anne-Marie Duff (Suffragette), Eva Birthistle (Brooklyn), Sarah Greene (Frank of Ireland) and Eve Hewson (Behind her Eyes) as Horgan’s co-leads and released a first-look image of the quintet as the title characters (above).

Described as a blend of both dark comedy and thriller, the 10-episode Bad Sisters follows the lives of the Garvey sisters — played by Horgan, Duff, Birthistle, Greene and Hewson — bound together by the premature death of their parents and a promise to always protect one another.

Bad Sisters, which will premiere later this year, is produced by Merman productions and ABC Signature, a part of Disney Television Studios. It marks Horgan’s first greenlighted project from a first-look deal Apple TV+ signed with the Emmy Award-nominee and BAFTA Award-winning star and creator and her Merman production company in 2019.

The series is executive produced and written by Horgan with Brett Baer & Dave Finkel who adapted it from the Belgian version of Clan, created by Malin-Sarah Gozin. Horgan, Faye Dorn and Clelia Mountford executive produce for Merman; and Gozin, Bert Hamelinck and Michael Sagol executive produce for Caviar. In addition to Horgan, Baer and Finkel, the series is written by Karen Cogan, Ailbhe Keogan, Daniel Cullen, Perrie Balthazar and Paul Howard. Dearbhla Walsh, Josephine Bornebusch and Rebecca Gatward serve as directors.