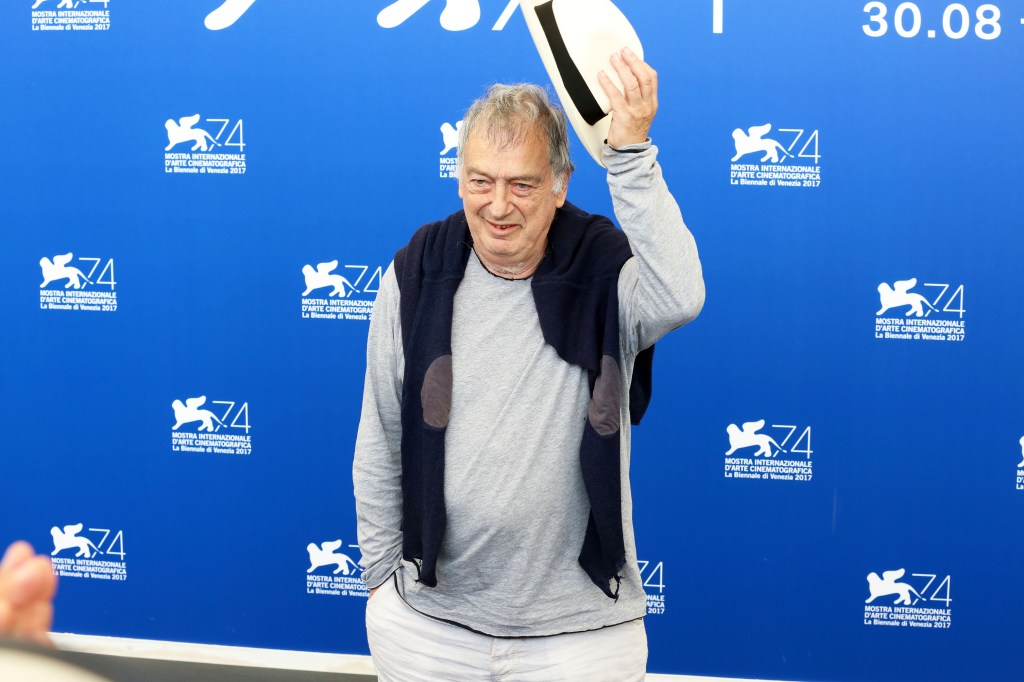 This past week I happily immersed myself in the latest book by protean film critic/biographer/sometime novelist David Thomson, A Light in the Dark: A History of Movie Directors. Even as he approaches 80, the author of the invaluable Biographical Dictionary of Film editions is able to find fresh things to say about such cinematic imperishables as Hitchcock, Welles, Lang, Renoir, Bunuel, Hawks, Godard and Nicholas Ray.

Midway through the new tome, Thomson delivers his most unexpected and welcome piece, a savory appreciation of a director who, almost defiantly, is not an auteur and therefore remains somewhat taken for granted, far too much so, despite having made any number of notable films of considerable class and merit. That would be Stephen Frears, who himself will turn 80 in June.

Like such Hollywood non-auteurs as Michael Curtiz, Raoul Walsh, Don Siegel, Henry Hathaway, Richard Fleischer and any number of others, Frears is not a writer. He is, however, a real and polymorphous professional dedicated to taking on a job of work, as Thomson puts it, “in the manner of a conscientious tailor or a doctor.”

There’s much more to it than that, of course, as filmmaking cannot—or perhaps more aptly should not—be considered on the same plane as taking measurements or writing prescriptions. What’s good—in fact, really good—about Frears are his enthusiasms, inquisitiveness and ready humor, along with such directorial requisites as energy and a way with actors.

“He is as old-fashioned as a contract studio director from the 1940s, and as accomplished,” writes Thomson. “His record is exceptional in its variety and skill. So many of his films are as entertaining as ever.”

Perhaps because he is not a writer himself, Frears has always had his nose to the ground for good screenwriters and sniffed out the likes of Alan Bennett, Hanif Kureishi, Christopher Hampton, Nick Hornby and Peter Morgan, for starters. Unlike many filmmakers, British or otherwise, he didn’t set his sights on being a “prestige” filmmaker keen on doing adaptations of literary classics or famous plays. With very occasional exceptions, he steered clear of stately period pieces, making his name with the crime dramas Gumshoe and The Hit and, in the 1980s, the spikey My Beautiful Laundrette, Prick Up Your Ears and Sammy and Rosie Get Laid.

He tip-toed into period territory with Dangerous Liaisons, came to the U.S. for The Grifters and Hero, and then went legit prestige—albeit not ostentatiously—with The Queen, which became his biggest hit and laid down the carpet that is still being strode by Morgan 15 years later in The Crown. Most recently, he hit the jackpot yet again peeking under the covers of the upper strata of British political life with the delicious A Very British Scandal.

Of what American director could any critic write as Thomson does here: “Frears has the competence, the wit, and the inventiveness, plus the good nature and the amused impersonality one would hope to find in a head of production at the BBC, or even a prime minister.”

Suddenly presenting himself now as ultra-woke, Thomson devotes considerable attention to the wave of female filmmakers making significant inroads today and gratifyingly lavishes considerable attention and praise upon Barbara Loden’s exceptional sole feature, the still far-too-little-seen 1970 Wanda. He then completes his survey with the provocatively odd but, I believe, very correct thesis that television’s Ozark has a great deal more to say about the world today than does Christopher Nolan’s pretentious hot-air balloon Tenet.

Except that is not the end. The author fills his final dozen or so pages to an assessment of books about the cinema, with special attention paid to biographical accounts of his prized directors. In this group, of course, is Howard Hawks, who was the subject of a 756-page biography I wrote that was published in 1997. In his little blurb Thomson dismisses it as inadequate.

When it came out, Howard Hawks: The Grey Fox of Hollywood was extremely well received everywhere, beginning with front-page treatment in the Sunday New York Times Book Review, and was published in French, Spanish and Japanese translations. David himself reviewed when it came out and seemed to approve, with a few reservations.

Even then, I’d known David casually for some time. In writing about Bertrand Tavernier upon his recent death I noted that one of my most cherished lifetime film-buff occasions was when, well over a decade ago, Bertrand, David, the late Pierre Rissient and I took refuge under a tent during a Telluride rain storm and yacked for an hour with highfalutin authority and overweening urgency about all manner of things cinematic, beginning with John Ford.

The public and TV talk shows don’t thrive on author quarrels the way they used to; the days of Gore Vidal vs. Norman Mailer, Mary McCarthy (no relation!) vs. Lillian Hellman, Bret Easton Ellis vs. David Foster Wallace seem long gone. Nor do I relish tit-for-tat battles over mutually coveted territory or expertise.

So what occasioned David to be dismissive at this point? My own theory is that it’s territorial. Perhaps he wishes that he had written a biography of Hawks rather than fashioning accounts of the lives of the far more documented—and more fathomable—David O. Selznick and Nicole Kidman. He may think he has some inside track on what Hawks was really all about that that the rest of us have missed, although I doubt he or anyone could reliably put a finger on Howard Hawks’ rosebud; the man was and remains elusive, even to those who knew him intimately. David is such a good writer and scholar that he could write rings about and around Howard Hawks—as he already has on numerous occasions—but not he nor I nor anyone else of whom I am aware has been able to penetrate the man’s hard-shelled heart.