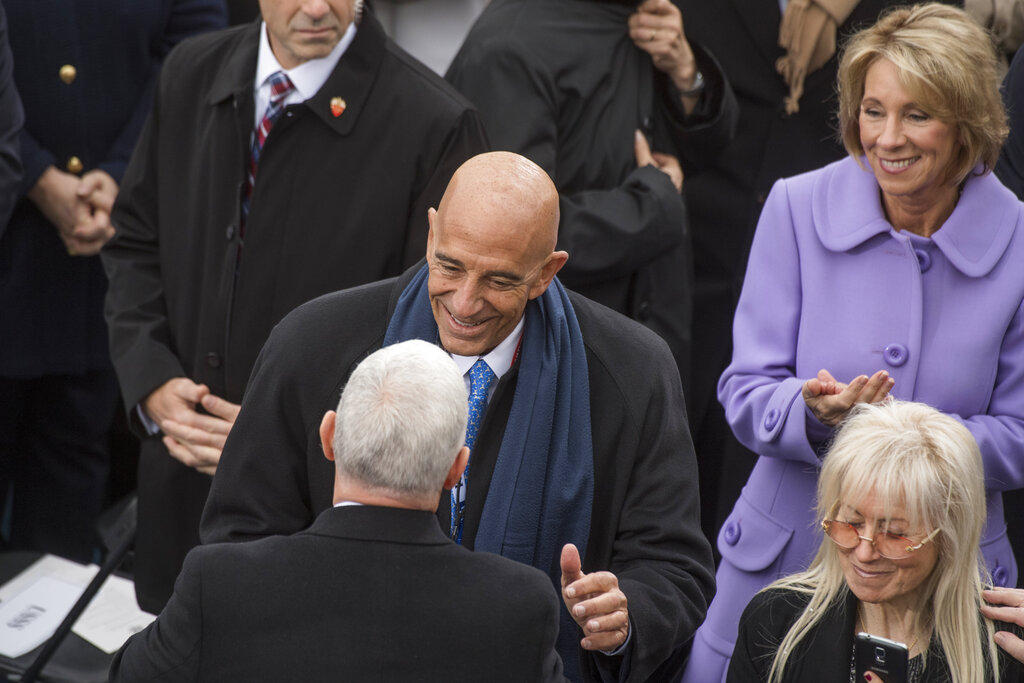 Tom Barrack, the former CEO of Colony Capital who chaired President Donald Trump’s inauguration in 2017, was arrested on Tuesday on charges that he sought to influence the campaign and the Trump administration while acting as an unregistered agent of the United Arab Emirates.

Barrack, 74, also was charged with obstruction of justice and making multiple false statements during a June 20, 2019, interview with federal agents.

Also charged for illegal lobbying were Matthew Grimes, 27, of Aspen, Colorado, along with a UAE national, Rashid Sultan Rashid Al Malik Alshahhi, aka Rashid Al Malik and Rashid Al‑Malik, 43. They are charged with failing to register as foreign agents and conspiring to do so.

Without Apology, The Movies And Those Who Make Them Should Campaign For Free Speech

“The defendants repeatedly capitalized on Barrack’s friendships and access to a candidate who was eventually elected President, high-ranking campaign and government officials, and the American media to advance the policy goals of a foreign government without disclosing their true allegiances,” said Mark Lesko, acting assistant attorney general in the Justice Department’s national security division.

The indictment claims that Alshahhi worked as an agent of the UAE and was in frequent contact with Barrack and Grimes.

The indictment claims that Barrack, an informal adviser to Trump’s campaign, sought an appointment to a senior government role as Trump took office, including that of special envoy to the Middle East. Prosecutors allege that although that didn’t happen, Barrack continued to try to use his influence with administration officials on behalf of the UAE. In one instance, in September, 2017, Alshahhi informed Barrack of the UAE’s opposition to a proposed summit at Camp David with Qatar, the UAE and other Middle Eastern governments. Barrack then sought to advise Trump against holding the summit, which never happened.

The indictment also claims that in December 2016, Barrack attended a meeting with Grimes, Alshahhi and senior UAE government officials, and Barrack advised them to create a “wish list” of U.S. foreign policy items that the UAE wanted from the incoming administration. Prosecutors also claim that Barrack and Grimes acquired a dedicated cell phone and secure messaging app for Barrack’s communications with senior UAE officials.

During the 2016 campaign, prosecutors allege, Barrack inserted language praising the UAE in a Trump campaign speech about U.S. energy policy, and then emailed an advance draft to Alshahhi to be passed along to senior UAE officials.

The seven-count indictment also was unsealed — read it here — and was brought by federal prosecutors in New York. Barrack and Grimes are scheduled to be arraigned in Los Angeles on Tuesday afternoon. Alshahhi is at large.

Barrack spoke at the Republican National Convention in 2016 about his friendship with Trump, even quipping that the candidate, in a business deal, “played me like a Steinway Piano.” In 2010, Colony Capital was among the investment firms that purchased Miramax from The Walt Disney Co., and Barrack served as chairman of the indie unit until it was sold in 2016.