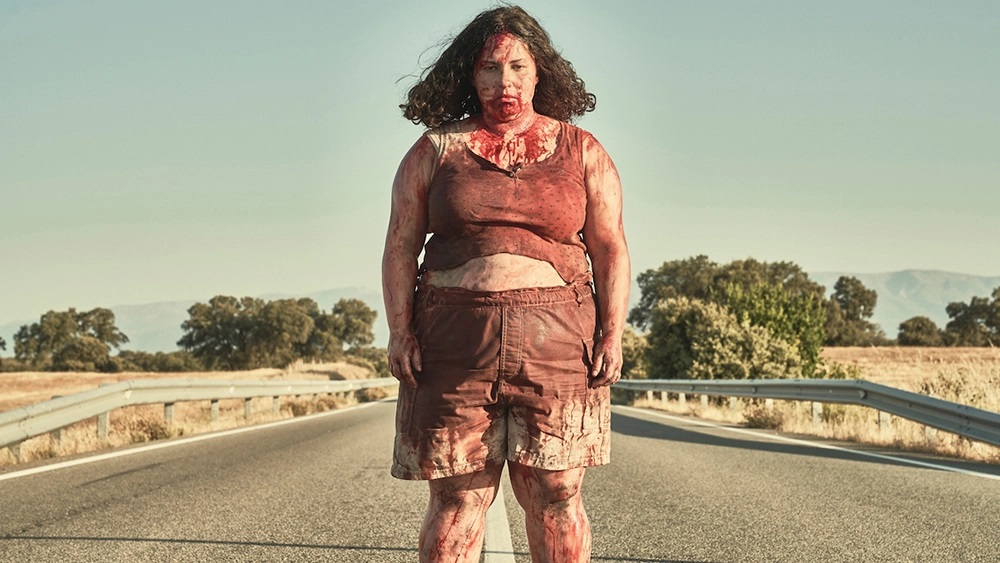 Bullied mercilessly by her fatphobic peers and misunderstood at home, Sara can’t find refuge in anyone or anything other than her headphones, which help drown out the cruel voices that surround her. Writer-director Carlota Pereda introduces us to a teen outsider whose coming-of-age story seems poised to culminate with a body count in “Piggy.” A trailer for the psychological horror pic transports us to rural Spain, where Sara is being tormented with a cruel nickname, Piggy, and being called “disgusting.”

Unfortunately, things aren’t much better at home. “They call me Piggy and you do nothing!” she tells her mother.

Sara’s trip to the local pool takes an unexpected turn when a stranger witnesses her being subjected to particularly heinous verbal abuse. On her way home, Sara sees her bullies being kidnapped in the back of the stranger’s van.

“Sara must decide whether to cooperate with the police and parents’ questioning about the kidnappings, or take her own, unbridled path—while also discovering the power of desire and belonging, and the distinction between revenge and redemption,” “Piggy’s” synopsis teases.

“Being a teen can be a real horror story,” Pereda told us. “Bullying has always worried me, and Sara’s conflict is so strong, so appealing from a thriller and a moral perspective that I just had to give her a voice. I fell in love with the character.”

“Piggy” marks Pereda’s feature debut. The film made its world premiere in January at Sundance, where it received rave reviews. You can catch it in Alamo Drafthouse cinemas on October 7 and additional theaters and VOD October 14.