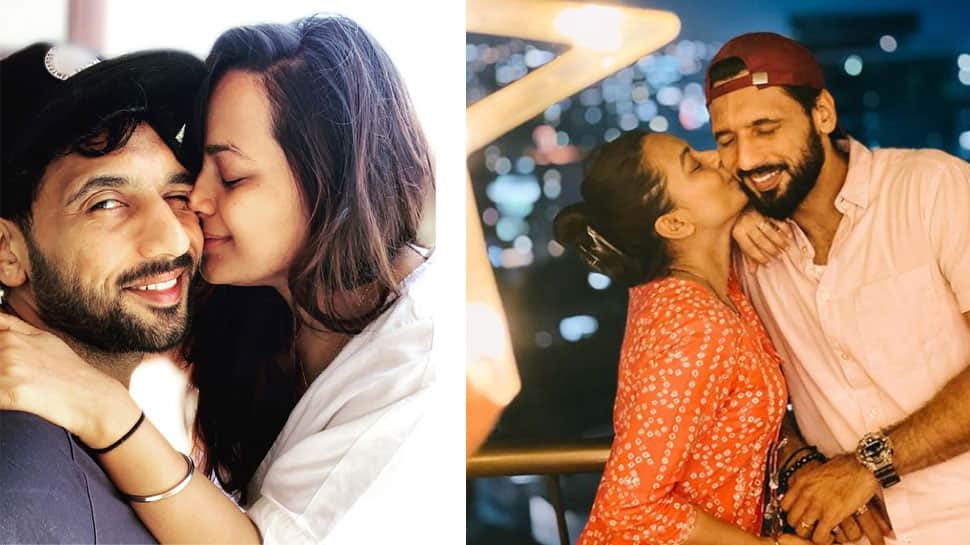 New Delhi: Famous choreographer Punit Pathak’s bedroom video has hit the internet and the dancer can be seen enjoying his meals, sitting shirtless. The video has been shared on Instagram by wife Nidhi Moony Singh.

Fans can’t keep calm as the viral video has been shot in a mushy romantic way. Take a look here:

The video featuring Punit Pathak has ‘Raataan Lambiyan’ song from ‘Shershaah’ playing in the background.

Punit was last seen as a guest on Bigg Boss OTT as he came to support choreographer, Nishant Bhatt.

On the work front, choreographer-actor Punit Pathak was the winner of adventure-reality show Khatron Ke Khiladi season 9 in 2019. Punit raced past Aditya Narayan and Ridhima Pandit to bag the title.

Punit Pathak tied the knot with girlfriend Nidhi Moony Singh on December 11, 2020. The duo met on the sets of a dance reality show and dated for almost 2.5 years before getting married last year.

He has also featured in a few Bollywood films like Street Dancer, ABCD, ABCD 2 and Nawabzaade. Punit is currently seen as one of the judges on Remo D’Souza’s Dance + Season 6 along with Salman Yusuf Khan and Shakti Mohan.