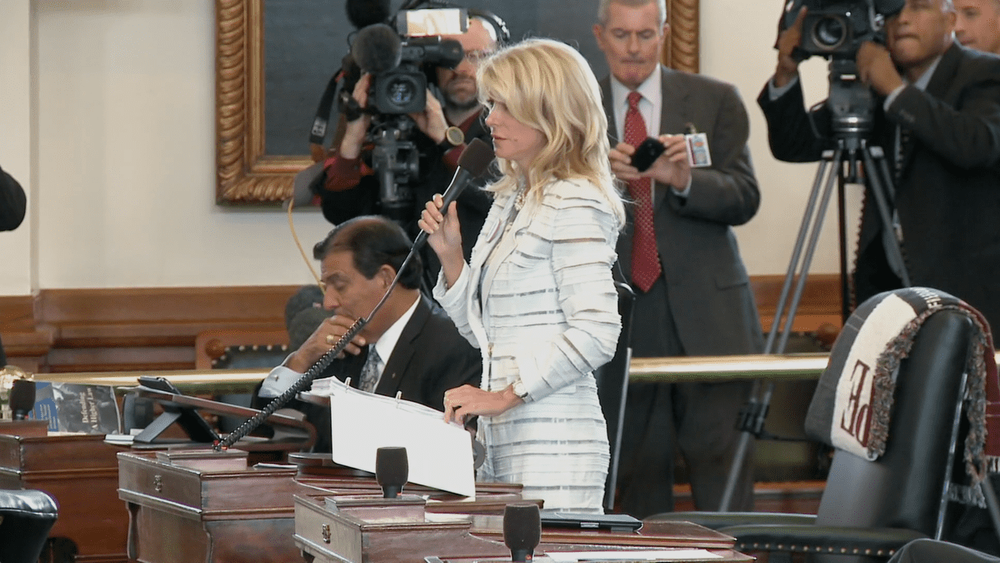 Trevor Noah is behind a series of documentaries that highlight a range of hot button issues in the United States.

The comedian, who recently announced his exit from The Daily Show, is exec producing The Turning Point for MSNBC, which will feature a slew of standalone films.

You can watch the trailer for the series above and a clip of Shouting Down Midnight, the first film to launch which is exec produced by Richard Linklater.

MSNBC Films has set the premieres for the first three films in the series; Shouting Down Midnight will launch on October 23, From Devil’s Breath, which is produced by Leonard DiCaprio, launched on November 13 and Split Screen, which is based on a story from Noah, comes on November 20.

The films will feature issues such as the January 6th capitol riots, reproductive rights, climate change and the refugee crisis.

Shouting Down Midnight, which is directed by Gretchen Stoeltje, looks at how in 2013, women shared real stories to help Texas State Senator Wendy Davis filibuster in defense of Texas women’s access to reproductive healthcare.

As the capitol filled to capacity for the first time in its history, and people all over the world tuned in, Sen. Davis read testimony from women strongly opposed to the bill which would effectively force draconian, pre-Roe v. Wade conditions on women again. The bill ultimately passed, but not before Texas women – and the men who love them – made it clear that day that the Texas legislature had gone too far. Forcing debate on the bill provided citizens a view of the process and a role in demanding accountability from their elected representatives. People were activated. Lives were transformed. History was made.

“There is so much at stake for democracy right now, not just reproductive freedom,” said Linklater. “Like so many people, I was blown away by Wendy’s filibuster and what we all learned that day about democracy. I think it is fascinating how this one action has reverberated over the years, how time has treated it, and what it continues to mean to this day.”

From Devil’s Breath, which is directed by Orlando Von Einsiedel, and produced by DiCaprio, Chloe Leland and Harri Grace, tells the stories of community of survivors of the deadly 2017 wildfires in Portugal, fighting to ensure what they lived through can never happen again and a revolutionary, world-changing scientific discovery which could help protect us all from the climate emergency.

Split Screen, which is directed by Rebecca Gitlitz, tells the story of January 6, 2021, where an estimated 2000 people stormed the US Capitol attempting to stop the certification of the Electoral College Votes. The protest turned violent, killing some and leaving over 140 injured. It was no doubt a firestorm of angst, anger, violence and confusion. But the embers of that fire began burning years – even decades earlier.

Split Screen explores how we got to this tipping point. In the thick of growing political polarization in the US, certain media outlets and social media questioned election integrity, further fueling fear and division in the months leading up to and following the 2020 election. Unfounded assertions of voter fraud–rejected by state and federal officials in both parties, as well then-Attorney General William Barr–were amplified and emboldened by conservative media, ultimately fueling the rage and frustration of an undeniable portion of Americans who sought their news and information from only those selected sources.

MSNBC President Rashida Jones said, “We know our nation is at an inflection point. The Turning Point series brilliantly captures how political issues are impacting real people. With the future of reproductive rights front and center, Shouting Down Midnight—the first film in the series—could not be more timely.”

Previous articleActor In ‘Cat Ballou,’ Original ‘West Side Story’ On Broadway Was 86 – Deadline
Next articleIndian Economy To Grow Around 7% This Financial Year: Nirmala Sitharaman
LocalTak™Sabse Tez