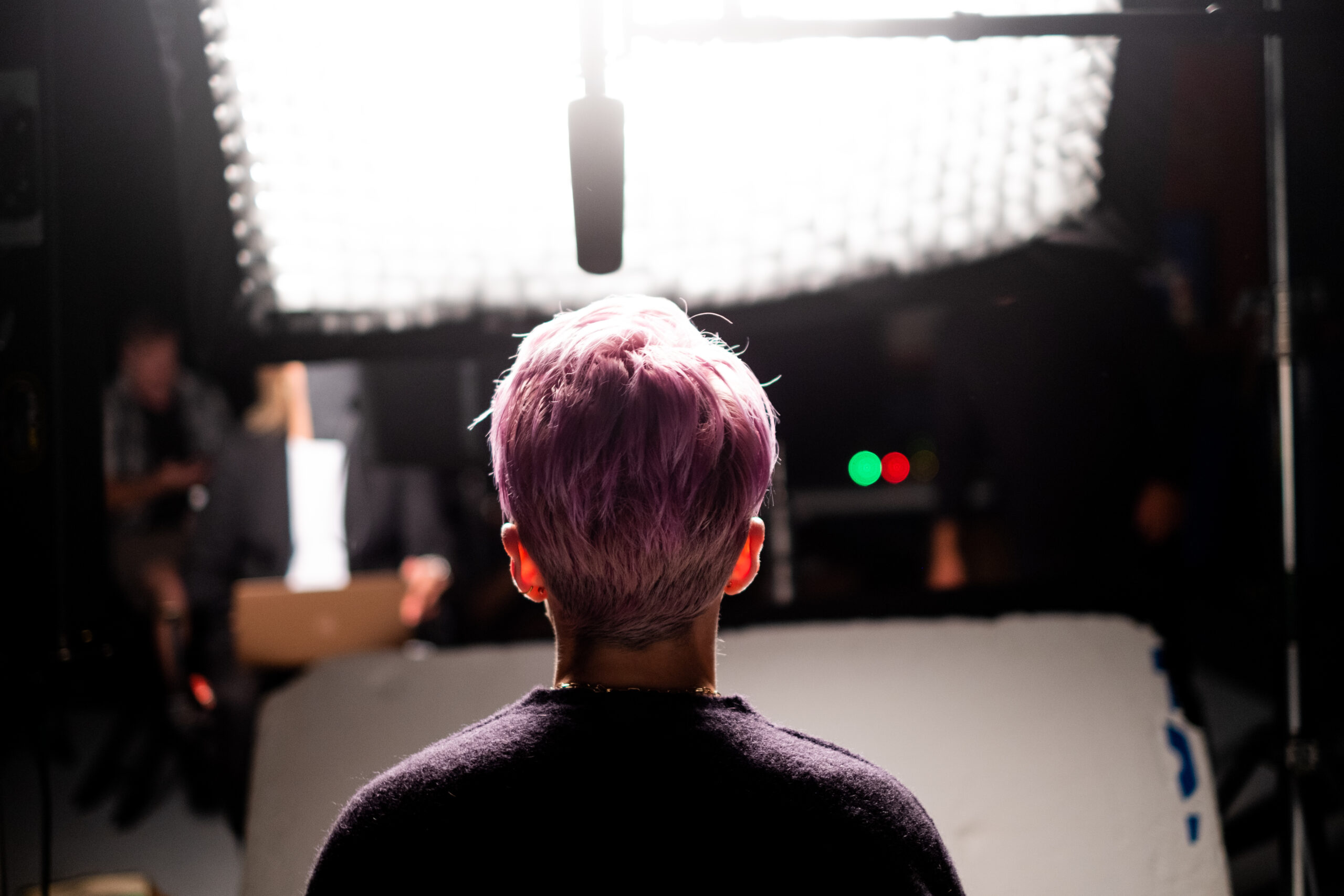 Andrea Nix Fine is an Oscar, Emmy, and Peabody award-winning filmmaker. In 2021, she, along with her husband and partner Sean Fine, launched impact studio Change Content to develop true stories into film, television, and theater works that illuminate, entertain, and inspire audiences to become agents of change.

“LFG” is screening at the 2021 Tribeca Film Festival, which is taking place June 9-20. The film is co-directed by Sean Fine.

ANF: “LFG” is a no-holds-barred, year-long account of the U.S. women’s soccer team’s ongoing fight for equal pay against their employer, the U.S. Soccer Federation. The film is told through behind-the-scenes moments and by the voices of a handful of players, including Megan Rapinoe, Becky Sauerbrunn, and Jessica McDonald, as well as former players like Julie Foudy.

This isn’t really a sports film, but rather a story that is a testament to their incredible talent, and also about a group of women who stand together to fight a fight that will make women everywhere say “been there, felt that.” Their conviction, confidence, and swagger inspired a pretty bold visual direction that sweeps the audience up into their secret sauce.

ANF: So many things, where to start? This sport connects to a really personal side of mine. First up, I have such a huge admiration for this team. Soccer was the only sport I ever played, and I did so until I was pregnant with my first child. It’s a tremendous sport for girls to build their identity – and I credit my mom and soccer for teaching me how to walk into a room! Soccer teaches you to own your body’s strength and resilience, and the team bond is really like no other. You “see” something in one another and achieve something with those girls that you don’t anywhere else.

I was incredibly drawn to share with the world just what that collective force could achieve. Capturing the year-plus journey of the players’ fight for pay equality, we set the record straight on this team’s value in particular.

While we bring an audience inside the lawsuit, we also wanted to make their journey personal to all women. I think any woman seeing this will find some moment where they just start nodding, [thinking] “been there, felt that.” Women directors, women athletes — we work in industries that feel pretty comfortable telling you what you are good at and what you deserve. When I learned on day one of filming that “LFG,” “Let’s F*cking Go,” was the team’s rallying cry, I knew it had to be the title, and one that women everywhere would embrace. That set the tone.

This film was going to have to be a “go big or go home” endeavor. Anything less would feel like defeat. The swagger, conviction, and confidence that these women rely upon to win games — and fight their case — directed our creative choices from the very beginning.

ANF: I want them to walk away pumped up, clear on the facts about this team and all women’s undeniable right to pay equity, and telling everyone they meet they have to see this awesome film.

ANF: How do you make a film about a soccer team when you aren’t allowed in the stadium? We found out early in the filmmaking process that we weren’t going to get the kind of access we wanted. So we had to be creative and journalistically sound in how we told the story of these athletes as they balanced their playing careers with an ongoing lawsuit against the employer who also controls filming access. And we also needed to figure out how to bring to life an evolving lawsuit with all its sensitivities and complexities, but still cinematically convey the absolute swagger and power of how these women play the game, and still deliver the emotional verité that all our films deliver.

And of course, there’s COVID. We had to finish the last 20 percent of filming during COVID. Sean Fine, my directing partner, and I somehow figured out the highest quality small camera package to send to all our characters, and we are forever grateful for the final moments they captured regarding the lawsuit. Without that effort, we would not have an ending with any emotional impact.

ANF: The inside of someone’s life has always fascinated me. Always. I love baptizing myself into the world of our characters, and somehow translating that emotionally and visually to a film that you just can’t stop thinking about. It’s an endless education into how to be human.

ANF: Best but feels the worst: “You never finish your film. You abandon it.”

Best but hardest to trust: “Films are an endless chain of decisions. Just make that decision. Totally commit. Don’t look back.”

ANF: I love films with women at the center, but I would encourage women directors to not give into the urge to only consider what are considered typically “female film” subjects. I think women can take what most folks would typically consider a male storyline and bring a really fresh perspective and visual sensibility.

I also would pay attention to who populates your call sheets. It always feels great to be on a set with a better balance of women on the crew. I make a point of trying to get more women in the mix, and I have found it makes for a better set.

ANF: It’s a two-way tie, but I love both for the same kind of reason: Debra Granik’s “Winter’s Bone” and Kathryn Bigelow’s “The Hurt Locker.” I love when films create a feel and texture that connects you to the characters. And both films build such unique characters.

ANF: As I type this, I’m in the final day of mix for “LFG,” which was 80 percent done with filming when COVID hit. We felt like we had no choice but to figure out how to finish, somehow. The players we were filming were all over the country, so we totally switched to remote filming, editing, a remote directing setup, and highest quality camera packages — the players ended up sometimes filming themselves.

It’s been a long road to get to today, but we are really proud of our entire team. It was Sean, my directing partner and our cinematographer, whose shoulders this feat really fell on.

Ultimately juggling family and work, I have never worked harder, but it’s made me more proud of how we made it to the end.

ANF: You have to start at the very beginning, at development, where the voice and vision is first supported. Typically the resources are controlled by very few outlets, and that’s where we see the issue. This is one of the main reasons we wanted to launch our new impact studio, Change Content, that models on incubating and investing in development in stories and storytellers that break open traditional voices.

<!-- -->A total of 177 cases were detected, most of them in state capital Sydney on Wednesday (File)Sydney: Australian Prime Minister Scott Morrison...
Read more