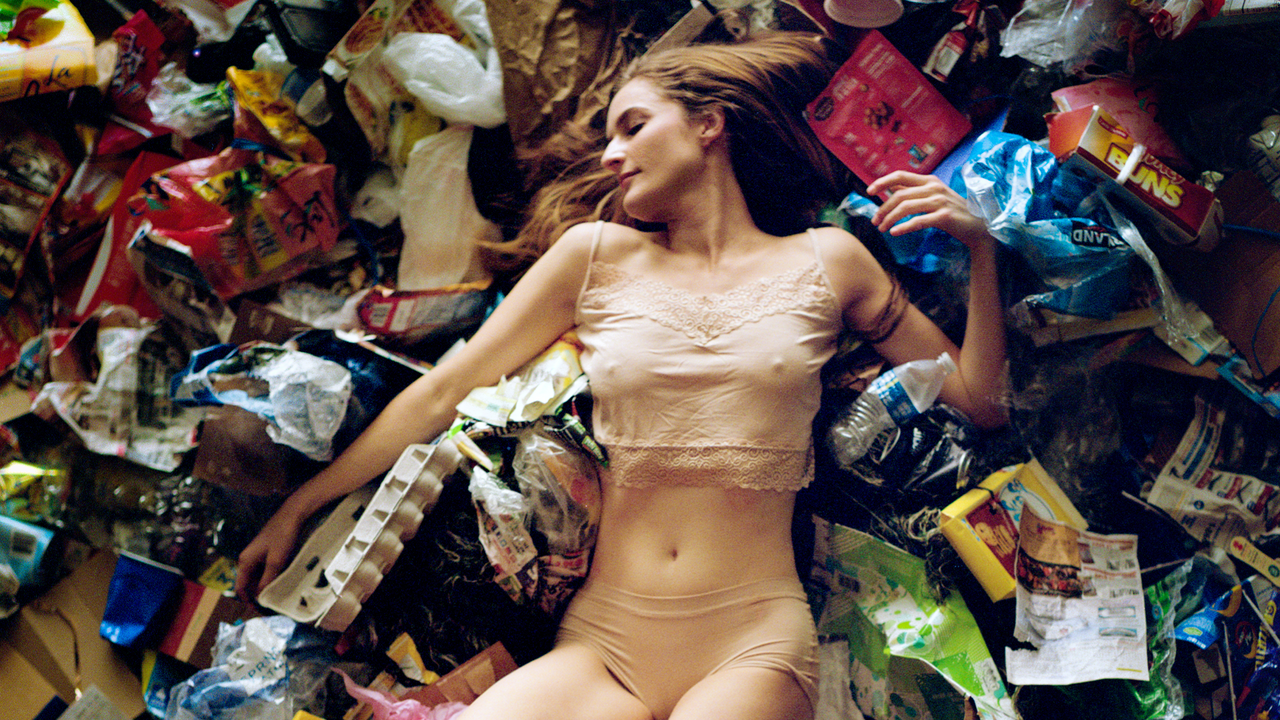 Samantha Aldana is a New Orleans-based director and writer. Her work is heavily influenced by the storytelling traditions of her multicultural upbringing in the American South and the Caribbean. Aldana is the recipient of the Belize Film Commissioner’s Emerging Storyteller Feature Film Award for her in-development feature “Little Lying Wild.” Her short film “The Melancholy Man” screened at Comic Con, premiered as a top pick on The Film Shortage, and was awarded Best Narrative Film in the Audience Awards Women’s Film Challenge.

“Shapeless” is screening at the 2021 Tribeca Film Festival, which is taking place June 9-20.

SA: To me, “Shapeless” is an invitation into the mind of a woman lost in the cycle of her addiction. It shows how destructive self-loathing can become and what terrifying illusions can grow from believing the lies we tell ourselves.

SA: When Kelly Murtagh approached me with her personal story about struggling with an eating disorder, I was compelled by the opportunity to explore the subject matter in new ways—the fact that she was also willing to take the risk made me thrilled to sink my teeth into the film.

“Shapeless” taught me that it’s the perspective of a story that pulls me in the most. With Kelly as my guide to the illness, I dove into learning everything I could about eating disorders—studying, researching, and developing for over a year.

It was during this process that I was able to find personal ways to connect to the material. This allowed me to better translate her experience by using storytelling tools like body horror, fantasy, and stylized visualizations.

SA: The subject of eating disorders and body image issues are familiar to most, and I think it’s easy to have firm perspectives and opinions on things that we feel we know well. A big goal I had in directing “Shapeless” was to create a new space to let this familiar subject live within.

I hope that audiences will discover a fresh, nuanced perspective about what it feels like to have an eating disorder and how scary, painful, and isolating a struggle with mental illness can be.

SA: I hear it’s always difficult making an indie feature film, especially your first one—but doing so in 2020 felt uniquely challenging. We wrapped principal photography in summer 2019 and then dove straight into editing, but by early 2020, we were stuck. The film wasn’t reaching the potential I knew it had, and I was trying to listen and understand what it wanted to become. After working on the film non-stop for months, I started to feel too close to the material and considered taking a break. But then the pandemic hit, and everything shut down.

Eventually, we picked the edit up again and had to figure out how to finish the film in this new landscape. Our team was constantly brainstorming how to do everything virtually and safely—from shooting pickups to ADR. It wouldn’t have been possible without everyone being extremely creative and committed to the project.

Another way we were able to navigate finishing the film was being accepted to The Gotham Narrative Post Lab. It was such an encouraging experience to get to virtually meet with other filmmakers who were in situations similar to ours. It was particularly inspiring for me to see other first-time directors leading their teams through all these unknowns.

I’m still processing it all, and as horrible as the pandemic is, it gave me the mental space away from the film I needed because during that time all I could think of was survival and safety. When we began working on the film again, I came back to it with a fresh perspective.

The whole experience taught me that sometimes you need to have the courage to put down the art you’re creating so that it and you and your team can all breathe.

SA: When I was growing up, I adored live-action and animated fantasy, science fiction, and supernatural films — anything magical and otherworldly. All the dots connected when I was in middle school and watched the behind-the-scenes footage of “The Lord of the Rings” trilogy, my biggest obsession of all at the time.

Before that, I had no idea how movies were made. I likely thought Hollywood was a factory that movies came out of or something. As I watched, I saw hundreds of people working together to create fantastical sets, costumes, and special effects. They were all listening to this person called a director who got to interact with everyone and plan all the details of the film. I remember vividly deciding at that moment: I’m going to do that.

SA: The best advice I’ve received in the context of directing is that problems that arise may not always be your fault, but they are always your problem to solve. If you’re smart, you’ll do so by surrounding yourself with committed and enthusiastic teammates.

The worst advice I ever got is that you have to take opportunities as they come, especially as a beginner. This may mean putting up with disrespect and misconduct from people in positions of power. This is easy to believe when you are starting out because we’re all desperate to get our foot in the door, but this is an old mentality that needs to go.

We have to remember that we also have power, and we can have standards. I believe that we can work together to decide what we will and will not tolerate.

SA: I recommend the active practice of taking up space and not waiting for an invitation to the table — we have a right to be there just as much as everyone else. We have to remind ourselves constantly that our stories, perspectives, and representation matter, especially when we don’t always get support to share them. It’s a lot of extra work in an already exhausting industry, which is why we must work together and support each other. It’s the only way we’ll see any change.

SA: Currently, I’d say Deniz Gamze Ergüven’s film “Mustang,” which is brilliant and subtle. The film perfectly captures what it’s like to be a girl. It’s masterfully made and deeply inspirational to me.

The timing has been fortunate with the access to vaccines and places slowly opening up alongside the film being done. I’m grateful to get to live in the world again, to experience the art of others, and to share what we’ve been working on for so long, together with an audience in a physical space.

W&H: The film industry has a long history of underrepresenting people of color onscreen and behind the scenes and reinforcing — and creating — negative stereotypes. What actions do you think need to be taken to make Hollywood more inclusive?

SA: For more authentic representation and diverse stories on screen, people of color must be hired into creative leadership positions. For Hollywood to become more inclusive, there needs to be more boldness and intentionality from those who have the resources to invest in the different stories that are being told, and there must be trust and support for storytellers of color to tell them.

It sounds like a simplified answer for such a massive issue, but it’s a vital missing component of the industry. This straightforward — and obvious — change would make an enormous difference.