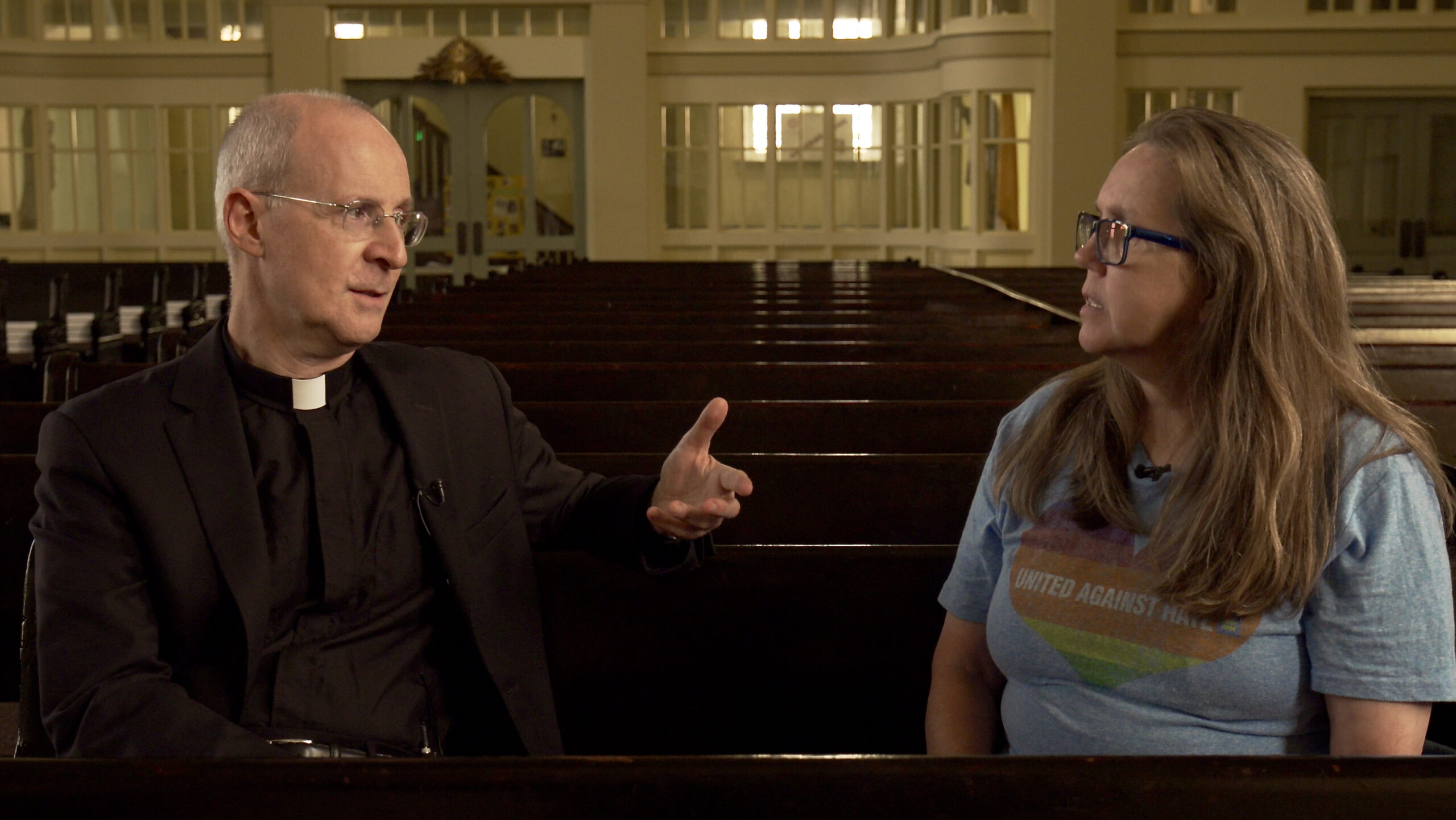 Shannon Post is a queer documentary filmmaker from Florida. She attended college in Orlando, and Pulse nightclub was a safe place for her and her friends to have fun and be out and proud. Her first documentary feature, “Circle of Poison,” premiered at DOC NYC. Post is currently producing a documentary feature supported by The Redford Center. She co-founded the film production company Player Piano Productions, which creates social impact documentary films.

“Building a Bridge” is screening at the 2021 Tribeca Film Festival, which is taking place June 9-20.

SP: “Building a Bridge” tells the story of Father James Martin and his work to make the Catholic Church more accepting of the LGBTQ+ community and the people he meets along the way.

SP: I was drawn to Father Martin’s story as a queer woman who was raised Christian who never felt the church could be a place to be accepted in my full humanity and was in fact the enemy fighting against my rights. There are of course limits to a priest advocating for LGBTQ+ people within such a powerful institution, but it has been moving to witness Father Martin’s ministry the past few years.

Like many people, I learned of Father Martin’s work after his video response to the Pulse massacre. I used to go to Pulse nightclub when I lived in Orlando, often with Christopher, “Drew,” whose mother Christine is in the film. I saw this film as a way to connect and tell these stories that are very personal to me.

SP: I hope people have a more nuanced perspective on how change happens — or doesn’t — within religious institutions and society as a whole. We may need more bridge-builders to get us through such polarization and hostility, especially when our humanity is at stake.

I also want people to think about what it means to be queer and Catholic or queer and any religion because we don’t often see or hear these kind of stories. LGBTQ+ people have many good, well-told reasons to leave religious institutions, but I think there’s hope in those who are able and privileged to stay and advocate for acceptance, and in people like Father Martin who use their power to speak for the marginalized.

SP: Personally, my biggest challenge was figuring out how to include the story of Father Martin’s “nemesis,” Michael Voris of Church Militant, in the film. Voris is an important force working against Father Martin and has a complex personal story, but I believe his work is violent toward LGBTQ+ people, so weaving that storyline into the film was the toughest for me.

SP: “Building a Bridge” was initially self-funded through Player Piano Productions, the independent production company I co-own with Evan Mascagni and Nick Capezzera. To raise production and post-production funds, we teamed up with Fractured Atlas as our fiscal sponsor.

SP: I saw documentary filmmaking as a way to advocate for issues that are personal and important to me while also being creative. I believe that telling stories through film is an important way for people to learn about one another, moving us closer to a more equitable world.

SP:I think the best advice I’ve received is to surround myself with people who are passionate about the subject of the film because it makes the work more fun — especially during those long days — if everyone’s truly excited about the project.

I don’t recall any bad advice.

SP: I think it can be hard to be the only woman in the room, as is often the case, so seek out other women to work with. If you don’t know many people, I think a good place to start is looking at the teams behind docs in the same vein as your project and just reaching out to start a dialogue.

SP: One of my favorite woman-directed documentaries is Ava DuVernay’s “13th.” The film is complex, bold, informative, and, as I believe is true about all great documentaries, something I’ve been able to recommend to everyone.

SP: The pandemic was timely for hunkering down and finishing “Building a Bridge,” and I’ve been working on another film in production, albeit slowly due to COVID. I also work as an educator, so I have a few creative outlets that have kept me grounded the last year.

SP: A lot needs to change. I think the culture of the film industry and the films that are made can only become more inclusive with more people of color in leadership roles and positions of power.

<!-- -->A total of 177 cases were detected, most of them in state capital Sydney on Wednesday (File)Sydney: Australian Prime Minister Scott Morrison...
Read more

One of the standout moments from the first meeting of the January 6 Select Committee came when Rep. Adam Kinzinger (R-IL) fought back...
Read more
Previous articleStreamer Documentary+ To Share Viewership Data With Filmmakers – Deadline
Next articleJustices defer Harvard case on race in college admissions
LocalTakSabse Tez