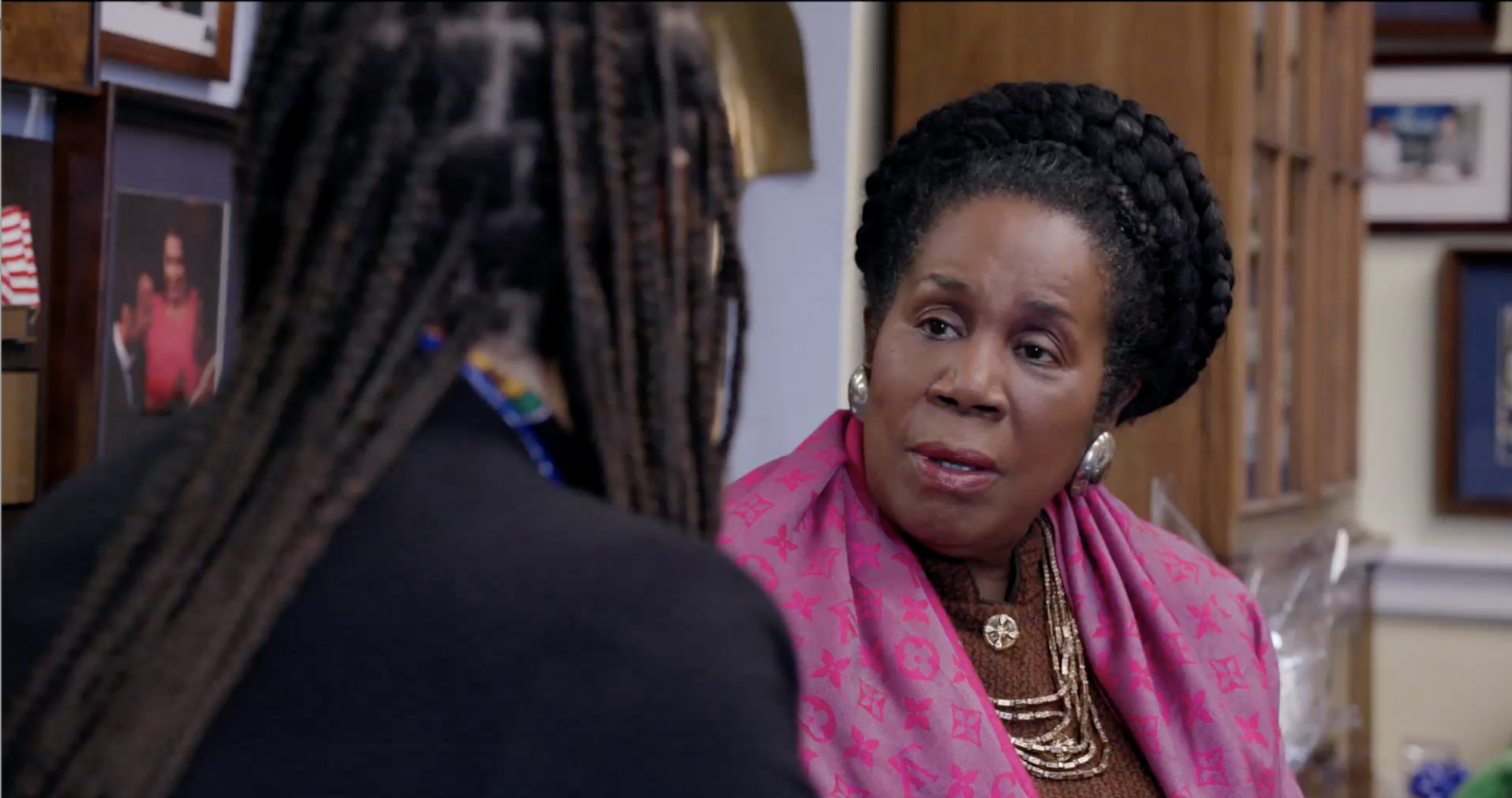 Erika Alexander is known for her acting roles in “Living Single” — garnering two NAACP Image Awards for Outstanding Actress and Comedy Series — “Get Out,” “The Cosby Show,” and “Black Lightning,” and was a producer on documentary “John Lewis: Good Trouble.” “The Big Payback” is her directorial debut.

“The Big Payback” is screening at the 2022 Tribeca Film Festival, which is taking place June 8-19. The film is co-directed by Whitney Dow.

EA: “The Big Payback” is a documentary about reparations for African Americans, directed by me and my white, male co-director, Whitney Dow. The film follows the historic stories of alderwoman Robin Rue Simmons and Congresswoman Sheila Jackson Lee as they advance separate reparation initiatives for African Americans. We witness alderwoman Simmons implement a groundbreaking local bill in Evanston, IL, as the first tax-funded reparations bill in America. And Rep. Lee led a thirty-year fight to pass a national study bill in Congress.

EA: My skin drew me into this story. I’m a Black woman born in America — this story is an American Molotov cocktail. It’s all about $Benjamins, baby! Mixed with slavery, race, bias, prejudice, and justice. That drew me in like the Death Star’s galactic tractor beam. The fundamental systems and foundations of America were built to hinder, assault, and torment Black people. I am just one more person, in a long line of Black American citizens, trying to dismantle these systems. I use my skill as a storyteller to help create a compelling conversation, shine the light on the visionaries toiling in it, and energize the movement.

EA: Go tell it on the mountain! Reparations now! Change is an action verb. So do something. Get involved, get educated. Be about it.

EA: Money, money, money. Mon-ey! That’s always the biggest challenge. We were grateful to find committed funders, who are dedicated to social justice, but there are not enough of those good folks to go around. We spend so much of our time raising money and not making anything. You know a lot of people, corporations, and institutions hype and pay lip service, praising Black equity and advancement, but it often doesn’t translate to much progress within marginalized creative communities.

It’s like we’re radioactive. “We don’t fund media. Especially films. Too risky.” Well, it’s more risky when media is not funded and the vacuum created is left to be hijacked by nefarious players and platforms. We need intentional investment, and reinvestment daily in our creative communities and new independent media sources. And, we need those who propose to create funded projects to be held accountable for the results. This way we all can build a pathway towards economic independence and organic sustainability.

EA: A private investor gave us the first funds to get started on this film and our first, “John Lewis: Good Trouble.” If it weren’t for her, we would have failed early, because we needed to get started to shoot that first footage to make our case for other investors to be interested.

Color Farm [the media company Alexander co-founded] is underfunded and undervalued, but we are not discouraged. But to survive and grow, we’ll need infrastructure to move deliberately and capitalize on our momentum and successes. Right now, we raise funds project by project. It’s not sustainable, but we never quit, so the hustle is real.

EA: I’ve been acting for nearly four decades. Showbiz is all I’ve ever done as a paid professional. Storytelling is in my DNA; I can’t stop thinking about stories. It’s not a curse, but at times it’s a burden. Everywhere I go, I see ‘story,’ I hear ‘story’. So, heck, I gotta make ‘story’. Filmmaking is how I started when I was discovered at 14 to star in a Merchant Ivory film [1986’s “My Little Girl”]. I did not know then that my destiny had already been sealed. But I know now that no matter how I moved forward in the world it would be fueled by my love, passion, and gift to tell stories.

EA: Best advice: haul ass — I gave that advice to myself.

Worst advice: Stay in your lane. I’m an off-road vehicle and a smooth city driver. I never go the speed limit and I ignore the stop signs. My fuel source? The sun and the moon. If you don’t like it, beep!

EA: I must admit I have not always had the best experience as an actress with women directors. I think my very presence threatens or challenges their authority. So, this may be specific to me, but I’ll just say this: “Suck it up.” If another powerful woman is in the room, she shouldn’t have to dim her light for you to shine. In fact, you’ll need her to give you her A-game. So, greet each other with an open palm and shake the hand of your partner in battle. Then get on with it. Haul ass.

EA: I must say because of the limited opportunities — especially in genre — given to women, I can’t say I have many favorite films directed by women. But I love and respect many women directors: Ava DuVernay, Nancy Meyers, Julie Dash, Penny Marshall, Lana Wachowski, Kathryn Bigelow, and Geeta Gandbhir, to name a few.

EA: Living through a plague is great acting ammunition. We get to see humans be really human. That said, actors were designated “essential workers” early on in the pandemic. I was back to work in September 2020, before the vaccine [rollout]. So again, into the fire, to tell a greater story that will outlive us all in birth and death.

W&H: The film industry has a long history of underrepresenting people of color on screen and behind the scenes and reinforcing — and creating — negative stereotypes. What actions do you think need to be taken to make Hollywood and/or the doc world more inclusive?

EA: What actions can be taken to make Hollywood and the doc world more inclusive? Fund more Color Farm Media, please. If I can take a moment to promote creators of color, I’d be remiss not to toot my own horn. But, yeah, it’s a problem. We need people to invest in America’s next big thing.

Creators of color… in 2018 there were more children of color born in America than white children. They’ll want to see themselves as the narrative, not next to it. And I must say the current archives and story books won’t age well. They’re not made to withstand the storm, the cleansing rains of women’s empowerment, diversity without restraint, and the aging of colonization and its stranglehold on global audiences. If America is to succeed in the next century it must be reborn and renewed and fully realized. I don’t know about you, but I’d haul ass making friends with the new colorful world of creatives on the rise.