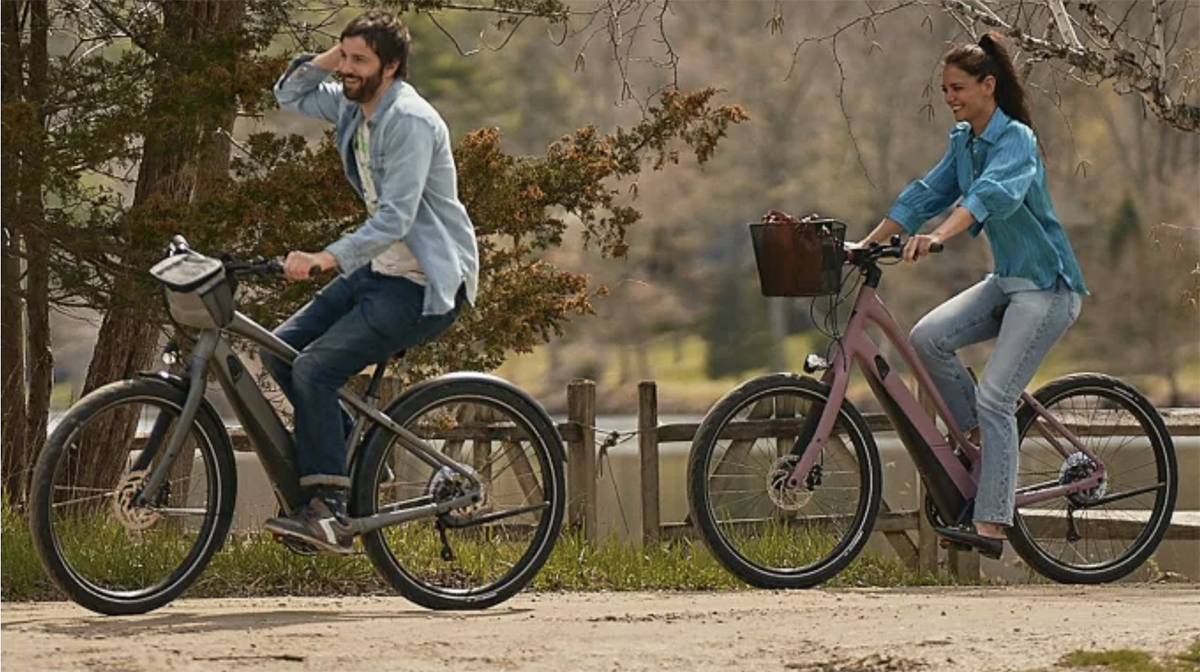 Katie Holmes has appeared in several notable films, ranging from the action blockbuster “Batman Begins,” to critically acclaimed art house pictures such as “The Ice Storm” and “Pieces of April.” On the small screen, she is best known for playing Joey Potter on “Dawson’s Creek.” Holmes made her feature directorial debut with 2016’s “All We Had.” She recently launched her production company, Lafayette Pictures, in partnership with Jordan Yale Levine, Jordan Beckerman, and Jesse Korman of Yale Productions.

“Alone Together” is screening at the 2022 Tribeca Film Festival, which is taking place June 8-19.

KH: “Alone Together” is a film I wrote during lockdown. It is a love story that takes place in the very beginning of lockdown in 2020.

The story focuses on two strangers staying in the same AirBnb dealing with the loneliness and fear that gripped everyone in the early days of the pandemic.

KH: I was searching for a way to process all the changes that occurred during the pandemic. I read a lot of stories about people falling in love and falling out of love during the pandemic, and I thought it might make a good film.

I wanted to create something that captured that time and also offered a bit of hope.

KH: My hope is that people feel seen through the journey of these characters. The early days of the pandemic did create universal emotions, and I tried to show these moments through the characters.

KH: The biggest challenge making the film was that we shot it when the vaccines were first available. As a film production team, we all were getting our first and second doses and making sure to get tested all of the time. This was a new piece to the already tight schedule of making an independent film.

Typically, your biggest challenge as a director is coordinating each day. While it was important to get the work done, it was also my job to keep everyone safe. This added another layer of stress to a job that already comes with a lot of responsibility. However, we had a wonderful cast and crew that was diligent in staying safe and bringing great creative ideas and solutions to the table.

KH: I was fortunate enough to have my film financed by Yale Productions. We had a great experience working together and decided to form Lafayette Pictures after we completed the film.

Through this partnership, we went on to make the film “Rare Objects” in the fall along with IFC.

KH: I have been inspired by filmmakers like John Cassavetes, Sarah Polley, Ava DuVernay, and Dito Montiel, to name a few.

I have had the great fortune to be surrounded by strong female voices in my career and in my life. Being around these women has motivated me to have the confidence to put my voice into the world.

KH: The best advice I have received is to keep working on an idea all the way through. When you feel like a story isn’t working, keep writing. Keep staying inspired. Don’t give up.

I honestly don’t remember the worst advice I have received.

KH: My advice for anyone in the creative process is to continue showing up to the process and listen to your crew and to your actors. Trust in the talent you have surrounded yourself with.

KH: “Cléo from 5 to 7” is one of my favorite films by Agnès Varda. She takes you on such a journey with the character and you feel so close to her. There is empathy and understanding in all of Agnès’ films.

KH: Yes, I am staying creative and finding ways to collaborate with other creative people. I actually enjoy Zooming now and I am feeling a sense of freedom to create.

I am currently writing right now with a friend of mine, and I am having a great time with it.

KH: More opportunities for stories to be told by voices that deserve to be heard and felt.

Previous articleSnapchat Reportedly Working on a Subscription Plan With Exclusive Features
Next article“For 3 Years I’ve Been Looking From Outside”: Dinesh Karthik On India Comeback
LocalTakSabse Tez