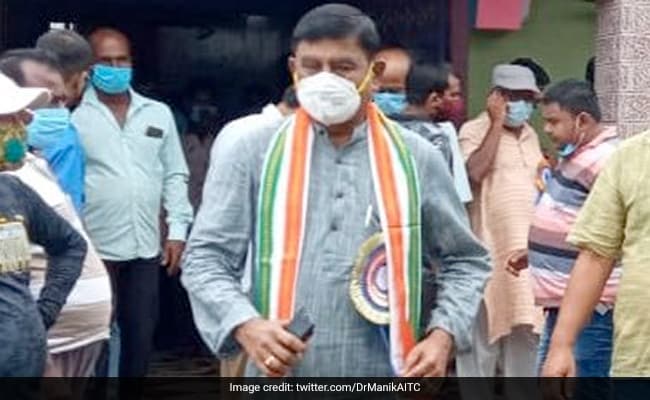 Trinamool Congress MLA Manik Bhattacharya was arrested early this morning after being questioned overnight by the Enforcement Directorate in the alleged teachers’ recruitment scam in West Bengal. He is the second Trinamool leader to be arrested in the scam. The first was former Bengal minister Partha Chatterjee, who was arrested in July after piles of cash were recovered from the properties linked to his close aide Arpita Mukherjee.

The Enforcement Directorate or ED, which is investigating the money trail in the case, claims the sacked minister’s WhatsApp chat history had a conversation about Mr Bhattacharya’s involvement in collecting bribes.

The MLA, who represents the Palashipara assembly constituency, will be taken for a medical test and produced in a court later today.

Mr Bhattacharya’s arrest comes just weeks after the Supreme Court extended the interim protection granted to him in the case till further orders. While issuing the order on September 30, the court had directed him to cooperate with the investigation agency.

Manik Bhattacharya was removed from the post of the president of Bengal’s Primary Education Board after his name cropped up in the probe after the arrest of Mr Chatterjee from the party after cash recoveries were made by the ED from the home of Ms Arpita Mukherjee.

The ED alleges that Mr Chatterjee and Ms Mukherjee laundered money by indulging in criminal conspiracy for illegally giving teaching post jobs, on recommendations by the School Service Commission (SSC), in state-sponsored and-aided schools, and generated huge proceeds of crime. The alleged irregularities took place when Chatterjee was the education minister.

Following the arrest, he was stripped of his portfolios. The ruling Trinamool Congress also suspended him.

Earlier, the Central Bureau of Investigation or CBI named 16 accused, including Partha Chatterjee and former SSC advisor Shanti Prasad Sinha. The investigating agency, on the direction of the Calcutta High Court, is probing alleged irregularities in the teachers’ recruitment.