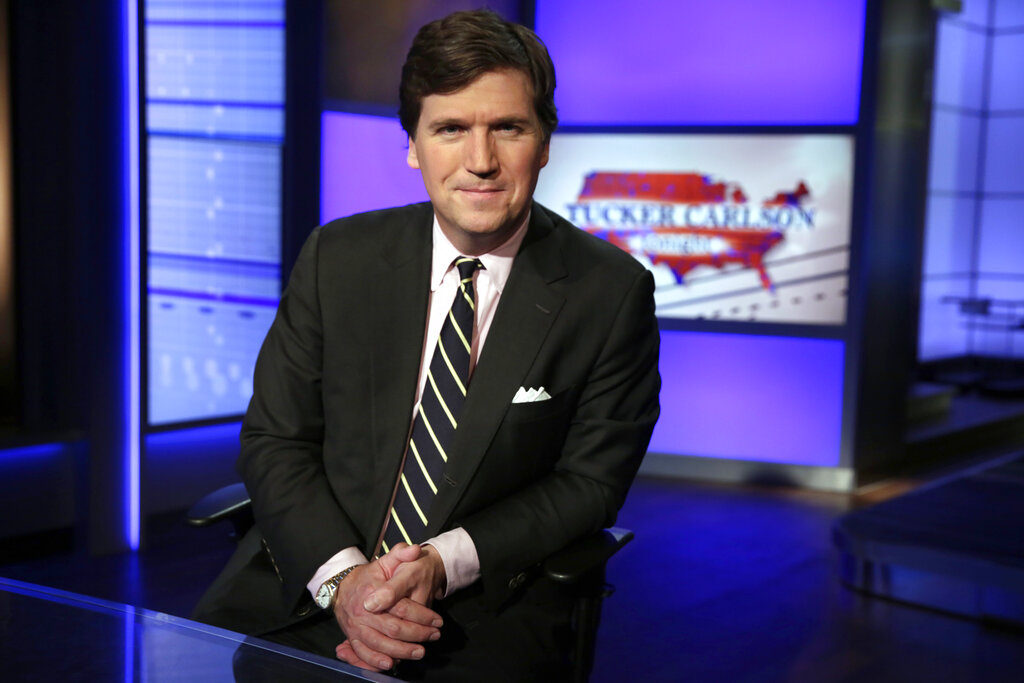 Tucker Carlson accused the National Security Agency of reading the emails he sent as part of a plan to secure an interview with Russian President Vladimir Putin and then leaking them to news outlets.

The accusation was the latest development in Carlson’s claims that the NSA was spying on him, triggering a rare statement from the intelligence agency denying that the Fox News personality was an intelligence target. They also denied Carlson’s claim that they were attempting to force his show off the air.

He continued to make the claims, but the story gained a new wrinkle on Wednesday afternoon when Axios reported that Carlson had been seeking an interview with Russian President Vladimir Putin through an intermediary.

That raised the possibility that one of those intermediaries, ostensibly a person with ties to Putin, was under surveillance as a foreign agent. Axios reported that U.S. government officials learned of Carlson’s efforts to secure the interview, but the site did not confirm that his communication was intercepted.

On his show, Carlson confirmed that he was seeking the Putin interview, saying that he wanted to keep his outreach quiet. “I figured that any kind of publicity would rattle the Russians and make the interview less likely to happen,” he said.

But Carlson claimed that he learned from a whistleblower of an NSA plan to leak the contents of the emails to media outlets, and “we learned they actually did it.”

He went on to contend that he was “unmasked,” or that his identity was revealed in the surveillance.

“I was unmasked, people in the building learned who I was,” Carlson said. “And then my name and the contents of my emails left that building at the NSA and wound up with a news organization in Washington. That is illegal.”

A government official would have to request that the identity of individuals in intelligence be “unmasked” in an effort to better understand the nature of intelligence, according to Axios. The story also raised other possible scenarios, including that the U.S. could have been monitoring the communications of someone close to Putin who was discussing Carlson’s request for an interview.

Carlson, though, has been insistent that he told no one else about his outreach except his producer, Justin Wells, although there is also the possibility that the recipients of the emails disclosed them to others.

Carlson said that the “point, of course, was to paint me as a disloyal American” a Russian operative, “a stooge of the Kremlin, a traitor,” for seeking the interview. It’s hardly a rarity for journalists for U.S. outlets to interview Putin, including Fox News’ Chris Wallace and, more recently, NBC News’ Keir Simmons.

An NSA spokesperson did not immediately respond to a request for comment.

National Security Attorney Bradley Moss wrote his take on Twitter. “So NSA didn’t spy on Tucker. They weren’t trying to get him taken off the air. They appear to have been surveilling Putin’s cronies. Tucker’s e-mails were incidentally collected. No evidence NSA was the one who leaked them. No reason to believe Putin’s cronies didn’t leak them.”