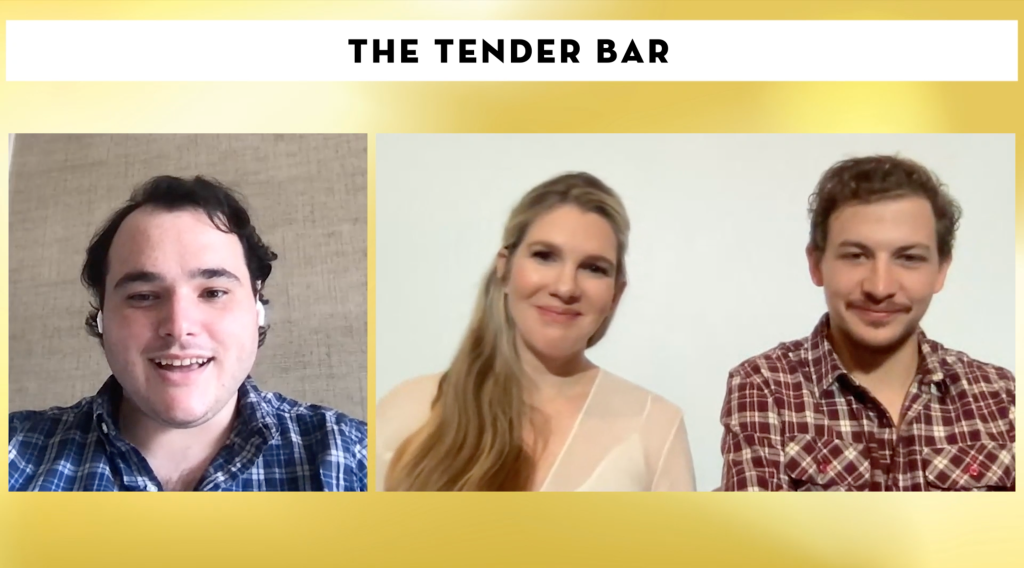 The Tender Bar stars Tye Sheridan and Lily Rabe joined a virtual panel at Deadline’s Contenders Film: New York awards-season showcase to discuss the film and how they related to their characters.

George Clooney directs Amazon Studios’ coming-of-age tale based on J.R. Moehringer’s 2005 bestselling memoir of the same name, about Moehringer’s experience looking for a father figure in the patrons of his uncle’s Long Island bar.

The older version of J.R., played by Sheridan, is conflicted between his desire to stay with his family and his dream of becoming a novelist. “I come from a small-town, blue-collar background, you know, a bit of a crazy family myself just as J.R. has,” Sheridan said. “I wanted to work in film as an actor, so J.R.’s aspiration to become a novelist… was something I could really relate to.”

‘The Tender Bar’ Review: Ben Affleck And George Clooney Team For A Warm And Memorable Story All About Family

J.R.’s mother, played by Rabe, is an unyielding force whose only goal in life is to see her son successful and happy. “Something about her that I was so struck by when I read it was her willfulness and her optimism, but also she isn’t a stage mother,” Rabe said. “She isn’t someone who is vicariously living through her son… when she wants what she wants for her son, it’s coming from some other place, it’s coming from love.”

Amazon opens The Tender Bar in theaters on December 17 in Los Angeles and New York, followed by a national rollout five days later. It will be available globally for streaming January 7 via Prime Video.