UK Omicron Spread May Be Faster Than In South Africa 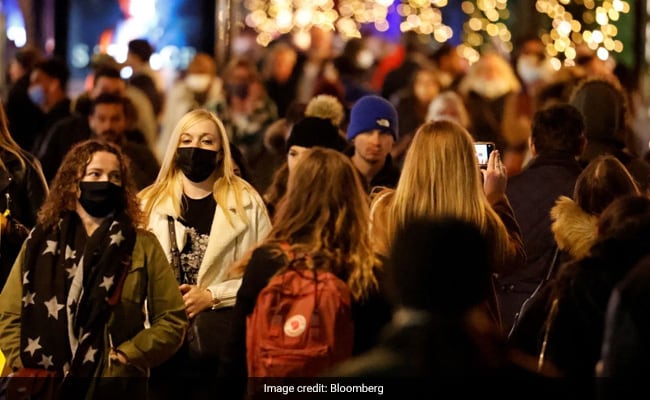 Boris Johnson has tightened measures, including working from home and an expanded mask and Covid pass use

The omicron strain may be spreading faster in England than in South Africa, with U.K. cases of the variant possibly topping 60,000 a day by Christmas, according to epidemiologist John Edmunds.

It’s likely there are more omicron cases than confirmed by tests, the Guardian reported, citing Edmunds, who works at the London School of Hygiene and Tropical Medicine, speaking at a webinar organized by the Royal Society of Medicine on Thursday.

The emergence of the omicron variant and its large number of mutations has raised questions on its potential to evade vaccines, transmission rate and whether it leads to severe illness. Early results of lab experiments indicate that protection by existing vaccines won’t be totally wiped out and some physicians in South Africa have described cases as mostly mild, though early cases need to be interpreted with caution.

While a World Health Organization expert panel said it needs more data to give any recommendations regarding the omicron variant, the U.K.’s Health Security Agency has said it expects at least half of all Covid-19 cases to be caused by omicron in the next two to four weeks if the growth rate and doubling time of cases observed in the last two weeks are maintained. Prime Minister Boris Johnson has tightened measures, including working from home and an expanded mask and Covid pass use.

Omicron cases could exceed 1 million by the end of the month on the current trajectory, Health Secretary Sajid Javid said late Wednesday in a statement delivered to the House of Commons. He estimated the number at the time at about 10,000, the Guardian reported.

Edmunds called the omicron strain a “very severe setback” and urged the population to get booster shots as fast as possible, saying that the government’s Plan B measures are not an overreaction.