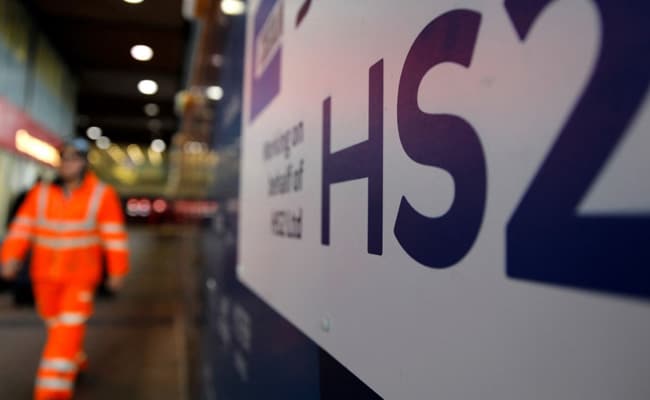 Britain’s new high-speed rail line HS2 will get “Europe’s fastest trains” that will be built in the country by a Franco-Japanese joint venture, according to a joint statement Thursday.

France’s Alstom and Japan’s Hitachi Rail will build 54 trains in a deal worth almost 2 billion pounds ($2.6 billion, 2.3 billion euros) for government-funded firm HS2, the pair said in a statement.

The manufacturers “will deliver Europe’s fastest operational train”, capable of running at maximum speeds of 225 miles per hour (360 kilometres per hour), they added.

The fully electric trains will run on the first section of the new HS2 railway being built between London and the English Midlands.

“Today’s announcement places Britain firmly at the forefront of the high-speed rail revolution with these state-of-the-art trains serving communities right across the country from London to Glasgow,” Transport Secretary Grant Shapps said in the statement.

The trains will be built at existing Alstom and Hitachi factories in England, while the contract is set to support 2,500 jobs across the UK.

“This British-built bullet train will be the fastest in Europe, and I am proud of the role that Hitachi will play in helping to improve mobility in the UK through this project,” said Hitachi Rail chief executive Andrew Barr.

HS2, forecast to cost more than 100 billion pounds of mostly British taxpayers’ money, is to be built in stages.

The initial leg — connecting London to Britain’s second-biggest city Birmingham in the English Midlands — is due to open by around 2029-2033.

The second phase, extending the line north to Manchester but no longer to Leeds, was not due to be completed before 2035-2040.

HS2 is Britain’s second high-speed rail project after HS1, which links London with the Channel Tunnel that then connects the UK to France.