UK Prime Minister Liz Truss Brings In Rival Jeremy Hunt Who Could Steady The Ship, Or Take Her Job 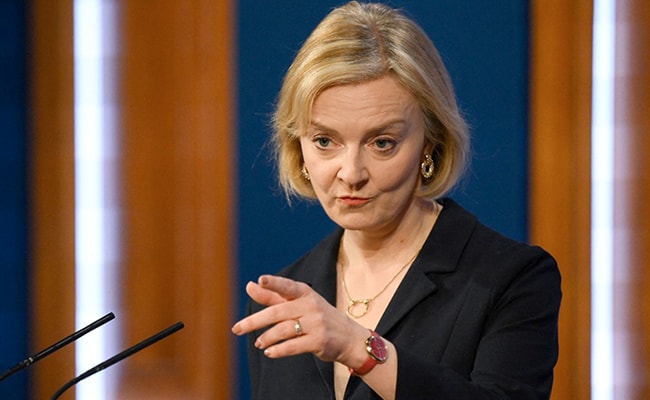 Under-pressure UK Prime Minister Liz Truss appointed Jeremy Hunt as her new Chancellor of the Exchequer, replacing Kwasi Kwarteng after just 38 days in office, in a last-ditch bid to reassure the financial markets she was taking a new economic path.

The prime minister is betting that having 55-year-old Jeremy Hunt by her side will help to convince investors that her fiscal plans can work.

She is also hoping that bringing a rival into the heart of her government may help to appease the many Tory lawmakers who were alarmed by her decision to surround herself with ideological loyalists after she took office last month. They have also been angered by chaos she has unleashed for the markets and the party.

So it will be a tricky task to pull off.

Liz Truss, 47, expects Jeremy Hunt to put the public finances on a sustainable path without sacrificing any more of the controversial package of tax cuts that tipped the administration into crisis three weeks ago, according to a person familiar with her thinking. While Ms Truss has already ditched plans to reduce taxes for the highest earners and on Friday announced an increase in corporate levies to wipe out almost half of her £45 billion ($50 billion) giveaway, she still needs to find another £24 billion to get debt falling relative to GDP, according to Bloomberg Economics.

When he ran for the leadership this summer, Hunt said he would stick with a rise in national insurance — rather than reverse it as Truss has since done — and he has been an advocate for increasing spending on health care and defense. He was eliminated from the contest in the first round of voting.

“I would love to see income tax cut, but it has to be done in a way that is sustainable,” he told the Telegraph newspaper in July. “It can’t be an electoral bribe and it depends on growth.”

But whether on not Hunt can meet the economic challenge that he has taken on, Ms Truss has given a platform to a potentially dangerous competitor who is being openly talked about as a potential successor to the wounded prime minister. Even if she can cling on in office for a period, she’s already handed a significant amount of power to the new chancellor, who is lending his own credibility to help shore up an administration wrecked by the financial damage of the past three weeks.

“You should see Liz Truss as the chairman and Jeremy Hunt as the chief executive — he’ll be a very effective chief executive,” Steve Brine, a Tory lawmaker and an ally of Hunt, said in an interview on BBC radio. “But he’s obviously made no secret of the fact he wanted the top job.”

Mr Hunt was a high-profile supporter of Ms Truss’s opponent Rishi Sunak during this summer’s leadership campaign, praising his “formidable ability” as chancellor.

Mr Hunt was a long-serving cabinet minister under David Cameron and Theresa May, running the health department for almost six years before becoming foreign secretary for a year. In 2019, he made the final two candidates to become party leader and prime minister, before being soundly beaten by Boris Johnson.

He has since rebranded himself as a crusading backbencher, chairing the health and social care select committee since 2020. Most recently he’s won headlines by grilling ministers and officials over the government’s much-criticized response to the Covid pandemic.

While Mr Hunt has no Treasury experience, he has pointed to his time creating and running his education business Hotcourses as evidence of his business acumen, a company that sold for millions of pounds.