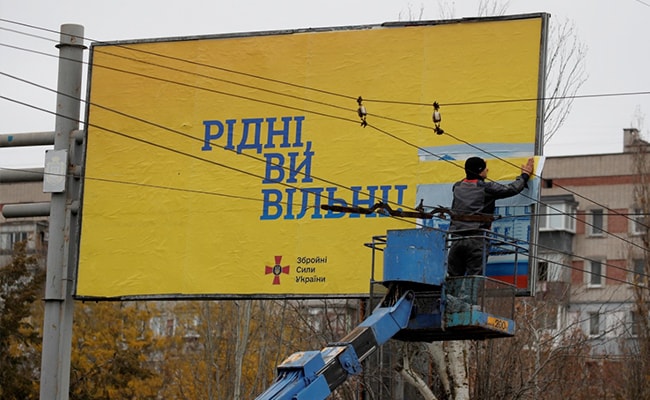 Ukraine War: workers in Kherson are tearing down posters expressing love for Russia.

Now that pro-Moscow forces have abandoned the southern Ukrainian city of Kherson, workers are tearing down posters expressing love for Russia and the benefits of receiving Russian passports and pensions.

In their place are placards featuring simple slogans like “Kherson – hero city” and “Compatriots, you are free” printed on a yellow background.

“The moment our soldiers entered, these posters were printed and handed over to us,” local Ukrainian government spokesperson Antonina Dobrozhenska said on Tuesday as workers stripped off pro-Russian propaganda from a billboard behind her.

Russian forces covered the city with posters during the near nine-month occupation. Some bore the slogan “The future lies with Russia!”

Can AAP, Congress Replicate the ‘Modi Magic’ In Gujarat?