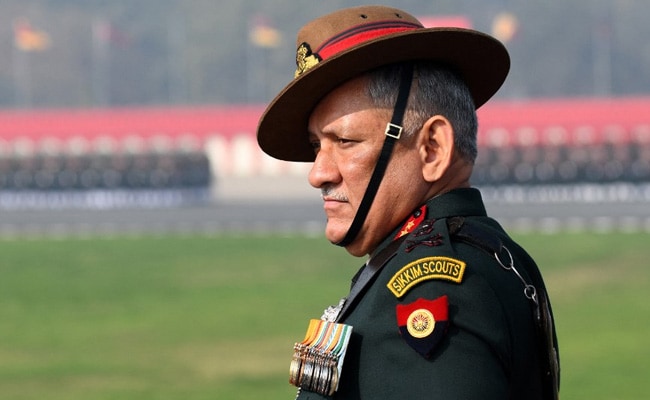 Gen Rawat, his wife Madhulika and 11 other armed forces personnel died on Wednesday after the military helicopter they were travelling in crashed near Coonoor in Tamil Nadu, the Indian Air Force said.

“The Secretary General is deeply saddened by the death of General Bipin Rawat, Chief of Defence Staff of the Indian Armed Forces as well as his spouse and 11 other people in a helicopter crash.

“He expresses his heartfelt condolences to the families of the deceased and to the people and Government of India,” his spokesperson Stephane Dujarric told reporters in New York.

“As you may recall, General Rawat served the United Nations with distinction and we fully appreciated that work. He was Brigade Commander of the North Kivu Brigade of the UN peacekeeping mission in the Congo (MONUC) in 2008 and 2009,” Dujarric added.

The lone survivor, Group Captain Varun Singh, is currently under treatment at a military hospital in Wellington, the Indian Air Force said.

The Chief of Defence Staff had left the Palam airbase in an IAF Embraer aircraft at 8:47 am and landed at Sulur airbase at 11:34 am. He took off from Sulur in a Mi-17V5 chopper at around 1148 am for Wellington, official sources said.

The chopper crashed around 12.22 pm, they said.

Gen Rawat had survived a helicopter crash six years ago, in 2015, when he was a Lt General.