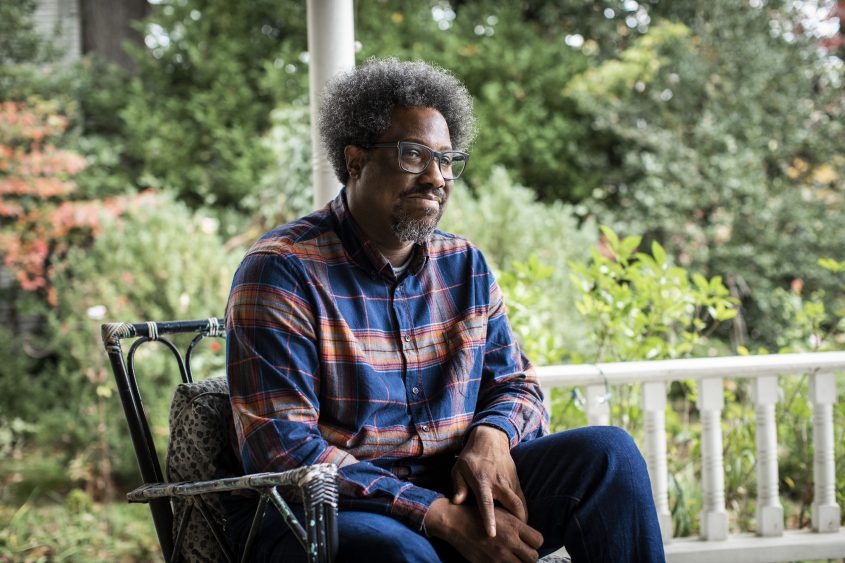 W. Kamau Bell has won three Emmys for his CNN show United Shades of America, a docuseries which sees him deploy incisive commentary and humor to explore complex social issues, especially ones relating to race and racism. His show is nominated again this year, for Outstanding Hosted Nonfiction Series or Special, but an industry giant stands in the way of him taking home a fourth Emmy: Oprah Winfrey.

Oprah and team are nominated for her much talked about Royal sit down, Oprah with Meghan and Harry: A CBS Primetime Special (the category also includes David Letterman’s Netflix talk series, Showtime’s Vice, and the CNN series Stanley Tucci: Searching For Italy).

DEADLINE: What are you going to say to Oprah, if she comes to the Creative Arts Emmys?

’76 Days’ Team On Arduous Journey To Complete Emmy-Nominated Doc: “We Knew The Film Needs To Be Made”

W. KAMAU BELL: What do you say? “Thank you for everything”? Because on some level, a career like hers is what makes a career like mine possible. Somebody who nobody saw coming, somebody who was Black in an industry that was normally white, and said, “I’m going to do it my way.” And then is now on the other side of it as an industry standard. I don’t think I’m going to end up in the same place as Oprah, but I also know that she kicked that door wide open for people like me to walk through it.

DEADLINE: You mentioned Oprah, but do you have any other people you would cite as influences or inspirations for how you approach hosting your show?

I don’t think I ever thought of myself as a host until I was nominated for a Host Emmy at one point. I was like, “Oh, am I hosting?” I don’t think I thought about it as hosting a show, I thought about it as having good conversations. The hosting part really comes up for me before the cameras start to run, when I sit down with [an interviewee] and go, “Hey, my name’s Kamau. Thanks for being here. We really appreciate it. Do you need anything? Can we get you a water?” Making them comfortable.

DEADLINE: One of the things you do very well is the narration. It fits with your overall presentation, how conversational you are. How have you figured out the voiceover aspect to hosting? 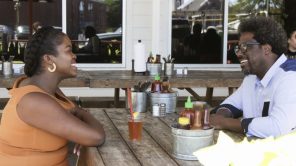 BELL: Early [episodes] of the show, watching it on CNN, I’d be like, “Yikes.” I can hear myself while I’m doing the “voiceover voice.” It’s also about learning when not to take an episode director’s notes. They may say, “Say it like this.” Sometimes they know what they’re talking about. A lot of times they don’t know what they’re talking about. And you’re like, “No, I’m going to say it like this.”

Because of the weirdness of Covid, I’m recording the voiceover in my wife’s closet now. I’m literally in my wife’s closet, surrounded by her clothes, trying not to knock my coffee over onto her shoes. Do you know what I mean? The last couple years have been a lot looser because me and some of the directors, we’ll be having back and forth conversations while we’re recording, and something will come up like, “Oh, that’s how to say it.” I think that’s what has improved in the last couple of years.

DEADLINE: The show takes on such challenging, intellectually demanding topics. How do you get below the surface on these issues and really probe them in ways that sheds new light on, say, white supremacy or slavery reparations?

BELL: I think if you watch every episode of the show from beginning up until now, not to say it’s like The Sopranos or something, but you are seeing a person grow—as in me—going from the first episode where I talked to the Klan to that episode that we got nominated for [this year] on white supremacy. That guy has changed significantly, not just his hair getting grayer. I think I’ve learned how to have more nuanced discussions over the course of the show. Also, the thing I’ve learned, you can have the academic discussion with an academic, or a politician, or an activist. But you need someone who actually wants to talk about the heart of the matter.

[Note: the white supremacy episode, filmed partly in Pittsburgh, notes “Pittsburgh is a paradox. It is on many lists for being a great place to live and for being one of the most liberal places in America, but it also ranks as the worst place to live for Black people.”]

I know people in Pittsburgh. So I went out and talked to [writer] Damon Young, and I talked to [rapper/activist] Jasiri X. And then also one of the producers found [state representative] Summer Lee… She’s not your regular politician. We’re always trying to look for people who have all the intellectual rigor, but also know that it’s about winning the hearts of people, and who are able to spill their heart out too. So, that’s the thing. If I’m across from that person, we can talk. If it’s somebody who just wants to teach or lecture, it’s not going to be good TV.

DEADLINE: The nature of white supremacy is that some people are just going to stick their fingers in their ears and will not engage on the subject.

BELL: The big thing I’ve understood more and more is I’m not trying to get everybody. Some people’s fingers are permanently embedded in their ears. You sort of have to go, “I’m not going to even try to get you. Especially, I’m not going to try to get you first. You will be the last group I come to.” There’s a lot of people, the fence-sitters, the people who either think they know something because they’re not really engaged in it, but actually want to be on the right side of history, or they’re people who just hear all the noise and get overwhelmed and need somebody to help them cut through the noise. Those are the people [I want to get to]. I would say a significant portion of this country are people who are sort of sitting on the fence or the sidelines going like, “It’s too complicated,” or “I read a thing one time, that’s enough for me to read.” For me, I’m like, “You’re the ones that I’m trying to talk to.”

CNN is a great home for that because people are generally showing up because they want to know something. They’re like, “I want to be smarter about something.” 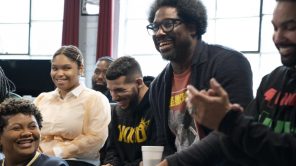 DEADLINE: What do you make of the current stir over “Critical Race Theory”?

BELL: I’m old enough to see the GOP run plays like this before, where they pick one thing and go, “That’s the thing, that’s everything.” And usually there’s nothing behind that thing. So, this is no different than the Willie Horton ad or anything else where they’re like, “This is the thing that we should be afraid of…” I think we have to understand that all of that stuff is distraction.

And that’s what I feel like I’m here to do is to go, “Look, I will define Critical Race Theory for you because I feel like my job is to help you do that.” And then I will also tell you why you shouldn’t be worried about it and why it’s a distraction. And I will also then go, “But don’t you want your kids to learn the history of this country in elementary school, in high school? Wouldn’t that be helpful to them to know the history of how this country came to be, an accurate telling of the story?” But at the end of the day, I think we have to stop letting the GOP dictate the terms of the debate as if they’re doing it in a good faith effort.

DEADLINE: You’re now in your sixth season of United Shades of America. I’m wondering what kind of reactions you get to the show, especially among Black viewers. You hint in the white supremacy episode that there was some fairly strong feedback to the “Klanisode” episode, the very first show you aired, in 2016.

BELL: One of the themes of the show is that Black people are not a monolith. I heard from a variety of people about the Klan episode. There were Black people [who said], “Why would you put the Klan on TV? How is that helping us?” And I hear that. I had to ask myself, “Why did I do that?” Looking back on that, I totally get it. [But], there were people, many of them white, who were like, “Oh my god. I had no idea the Klan still existed.” That’s why I put the Klan on TV because there are people in this country, again mostly white, who thought the Klan was a relic of the past. Again, this is in 2016 before Trump invited all those people to come back out into the light, and wear their racist clothes in public.

When I look back on that, it was like it was a different time. If I was to do that same episode now, I would do it differently… A lot of the ways in which I framed it would be different. And also at that time, I was brand new. That was the pilot for the show. So I didn’t even know what I was doing, and also didn’t have access to make as many decisions about it. 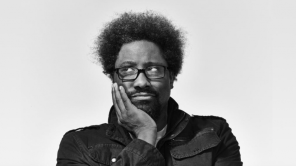 If I’m out in the world and people approach me, if they say, “My favorite episode is…” generally they’re going to say the Klan episode, because that was the most shocking one we did. But the other thing I hear from people, especially in the last year, is, “These are important conversations that need to be had. Thank you for helping us have them.” That doesn’t mean it’s always going to be a fun conversation, but generally that’s mission accomplished. If it’s conversations that America needs to have with itself that it’s not having, I want to be able to encourage that. And that’s the number one goal of the show at this point.

<!-- -->"Monks who love the truth stand on the side of the people," a protest leader said. AFPYangon: Scores of pro-democracy Buddhist monks...
Read more

VLCC Femina Miss India World 2020 Manasa Varanasi grew up with a strong desire to be a voice for the children, and following...
Read more

Pakistan to work with Taliban to stop TTP

<!-- -->"Monks who love the truth stand on the side of the people," a protest leader said. AFPYangon: Scores of pro-democracy Buddhist monks...
Read more

VLCC Femina Miss India World 2020 Manasa Varanasi grew up with a strong desire to be a voice for the children, and following...
Read more

Pakistan to work with Taliban to stop TTP

IPL 2021, DC vs RR, Delhi Capitals vs Rajasthan Royals, When And Where To Watch Upcoming Match: Live Telecast, Live Streaming