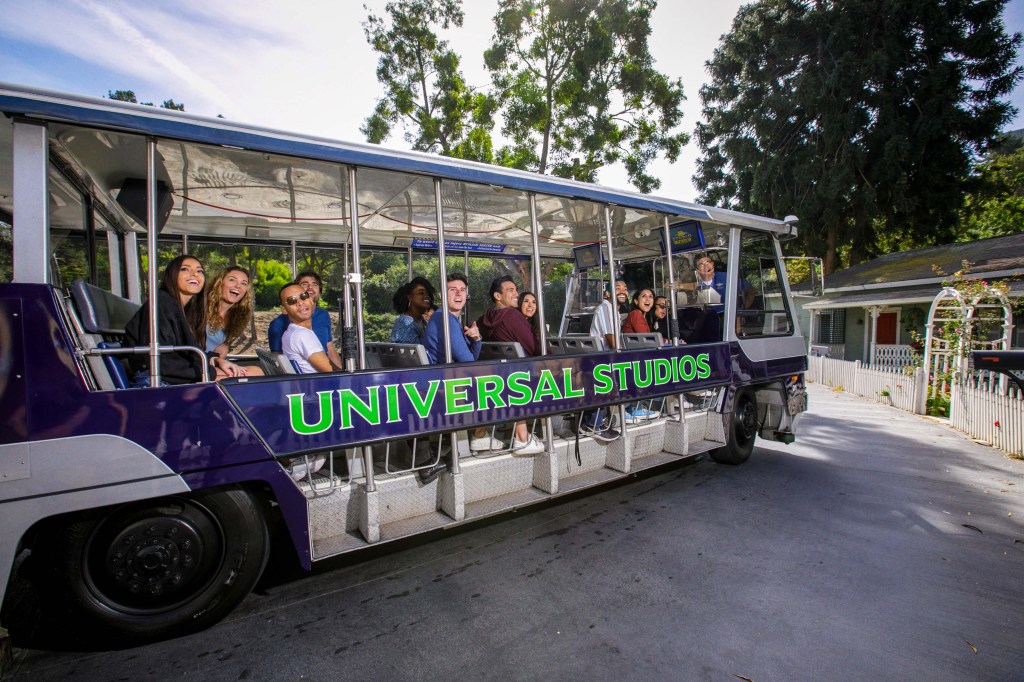 The trams on the Universal Studios Hollywood backlot tour trams are going electric.

Four electric trams have been put in circulation to carry visitors through the historic Universal backlot — the theme park’s signature attraction — officials announced today. By 2025, the park plans to convert its entire fleet of 21 backlot trams from diesel-hydraulic power to electric.

“I am extremely proud of this innovative undertaking and our commitment to creating a zero-emissions Studio Tour fleet in collaboration with our parent company and local partners,” Scott Strobl, Universal Studios Hollywood executive vice president and general manager, said in a statement. “This is just one of many steps we are taking to transform our business in line with Comcast NBCUniversal’s carbon neutral goal, all while pioneering first-class attractions for our guests.”

Park officials said the new trams are among the first and largest “battery-powered, off-road, high-torque and low-speed mass people movers in the U.S.”

In addition to reducing carbon emissions, the electric trams also run quieter, eliminating the engine noise that could occasionally hamper riders’ ability to hear the narration during the backlot tour.

According to the park, the electric trams will be charged before and after every trip through the studio backlot. The vehicles also build up charge during the tour whenever they travel downhill, thanks to a “regenerative braking feature.”

The project is a collaboration between Universal Studios Hollywood and L.A-based Complete Coach Works to reimagine the trams and move them from diesel-hydraulic engines to electric.

The project is made possible by a grant from the South Coast Air Quality Management District — the local regulatory agency that works to reduce air pollution in the region. It was also supported by fund from Southern California Edison and, of course, Comcast NBCUniversal.

The backlot tour has been a Universal Studios staple for more than 50 years, carrying guests on a winding trip through one of Hollywood’s most historic lots, passing sites such as the Bates Motel and ominous hilltop home from Psycho, the Hill Valley town square from Back to the Future, Wisteria Lane from Desperate Housewives and New York and Western streets used in countless film productions.

The tour is also famed for its tour guides who narrate visitors’ trip through the backlot. Riders on the new electric buses will also be greeted by a video message from Today show co-host and weatherman Al Roker.