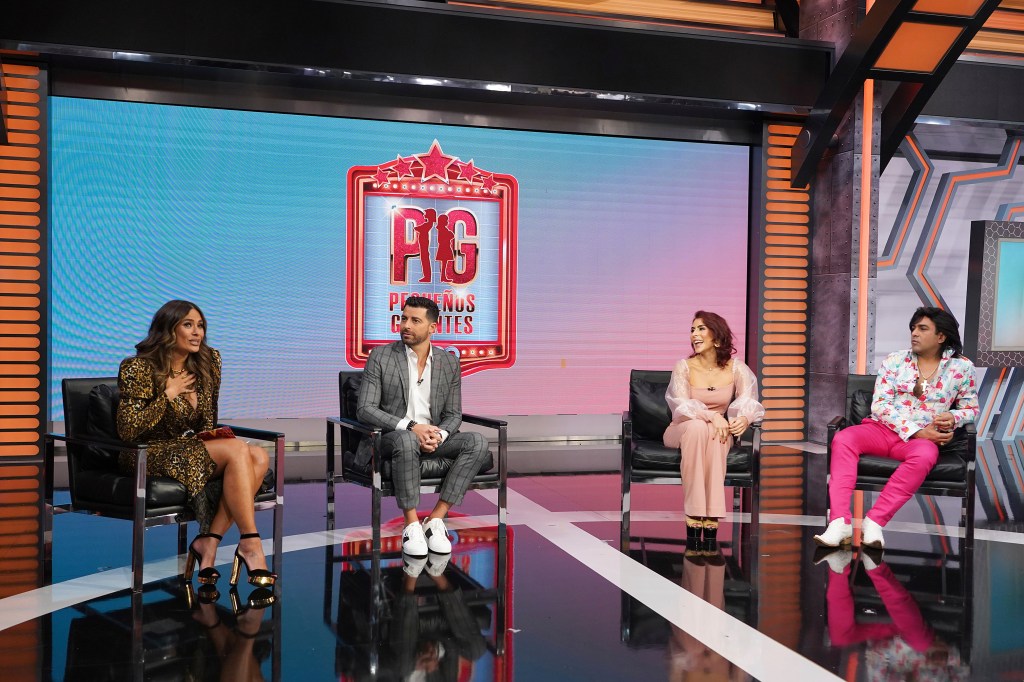 Univision, which has been under new ownership since the end of 2020, has teamed with stakeholder Grupo Televisa to create a new global Spanish-language media giant.

Under the terms of the sweeping deal revealed this evening, Univision will pay $4.8 billion for the assets of Televisa, a Mexican production powerhouse that already was a minority owner of Univision. The two companies will then create Televisa-Univision, which they say will be the largest player in Spanish-speaking media. Grupo Televisa will be the largest stakeholder in the new company, owning 45%.

Additional investment in the new entity is coming from the SoftBank Latin America Fund, Google and The Raine Group.

While it has faced stiffer competition in recent years from rival Telemundo, Univision has been the longtime leader in the U.S. Hispanic media. Televisa is the established No. 1 player in Mexico, the most populous Spanish-speaking market in the world. Televisa produced 86,000 hours of programming in 2020 across all genres and categories.

Univision, now run by former Viacom CFO Wade Davis after he engineered a takeover last year at a fraction of a previous privatization of the company, has a large stable of U.S. assets. The portfolio includes the Univision and UniMás broadcast networks, nine Spanish-language cable networks, 61 TV stations and 58 radio stations in major U.S. Hispanic markets and Puerto Rico. It has recently been emphasizing digital and streaming, and recently launched free, ad-supported service PrendeTV.

Davis will lead the combined company, Alfonso de Angoitia will serve as executive chairman of the Televisa-Univision board of directors. Reduced debt and better margins will result from the deal, the companies said, enabling the company to invest in the planned launch of a global streaming service in early 2022.

In announcing the deal, the companies emphasized the upside opportunity in the Spanish-language market globally. Only about 10% of the 600 million people in the market use an OTT service, they noted, while about 70% of English-language households have at least one streaming service.

“This strategic combination generates significant value for shareholders of both companies and will allow us to more efficiently reach all Spanish-language audiences with more of our programming,” said Emilio Azcárraga, executive chairman of the Televisa Board of Directors. “Together, Televisa-Univision can more aggressively pursue innovation and growth through digital platforms as the industry continues to evolve.”

Davis added that the new company will be “uniquely positioned to capture the significant market opportunity for Spanish speakers worldwide.”

He added, “The composition of our new investor group reflects confidence in our strategy, the progress of our digital transformation and the magnitude of the opportunity ahead of us.”

Televisa will retain ownership of izzi Telecom, Sky, and other businesses, as well as the main real estate associated with the production facilities, the broadcasting licenses and transmission infrastructure in Mexico.

Under the deal, Univision will pay $3 billion in cash, $750 million in Univision common equity and $750 million in Series B preferred equity, with an annual dividend of 5.5%. The balance is derived from what the announcement called “other commercial considerations.”

News content production for Mexico will be outsourced from a company owned by the Azcárraga family to guarantee that news content remains in Mexican hands and is produced in Mexico, the announcement said. Televisa-Univision will retain all assets, IP and library related to Televisa’s news division.

After closing, content production and operations in Mexico will continue to be led by Emilio Azcárraga, chairman of the Televisa board, and Bernardo Gómez and Alfonso de Angoitia, Televisa’s Co-CEOs, during a transition period.