Urfi Javed slams Jaya Bachchan for telling a pap ‘I hope you double and fall’; says, ‘Please let’s not be like her’

Jaya Bachchan’s papped exit from a fashion week with granddaughter Navya Naveli has grabbed eyeballs for all the wrong reasons. In the video, Jaya can be seen scolding a pap for stumbling and saying, ‘Serves you right. I hope you double and fall.’

Urfi shared the video in her Instagram story and disapproved of her misbehaviour. She also sympathised with the ones behind the lens.

The actress wrote, “Did she just say ‘I hope you double and fall’. Please let’s not be like her, let’s hope all of us only rise. Be it the one behind the camera or in front. People won’t respect you because you’re elder to them or more powerful, they’ll respect you if you’re nice to them.”

In another note, Urfi got all candid and shared that she tries to control herself from making her opinions public but added that she feels it is important to speak up when needed.

She shared, “Turst me sometimes I hate it too that I’m so opinionated, I wanna control but dayum this mouth. I know I’m ruining my work opportunities by speaking up but yaar chup nahi raha jata. I feel when you’re quiet on matters that don’t bother you, it shows how entitled you are. Apne ghar paani bijli aati hai, toh jinke ghar nahi aati unke liye hum kyun bole. Yeh wo waali baat lagti hai mujhe!”

The actress concluded, “I know all human beings can never be at an equal level but at least we all can get equal opportunities to grow – for that we all need to raise our voices.” 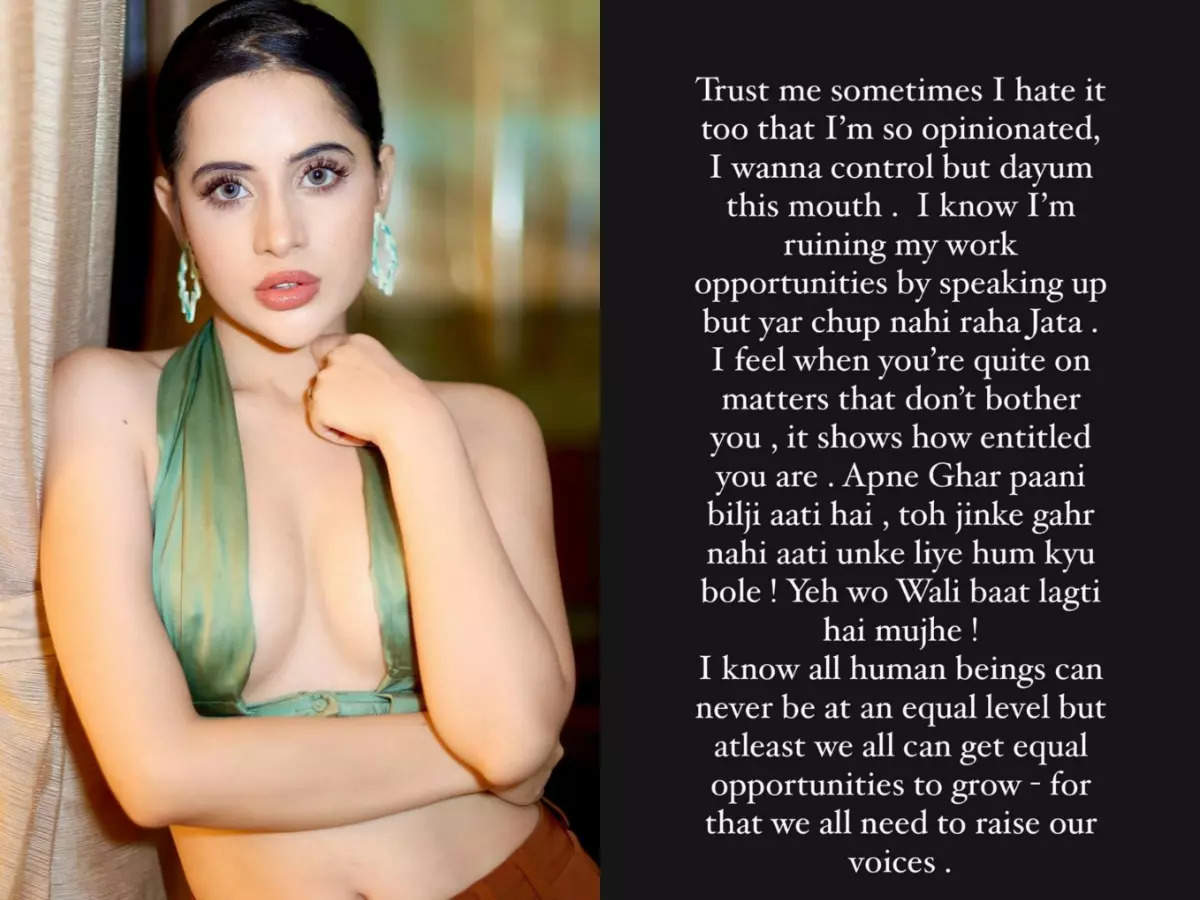 Urfi recently also slammed Bigg Boss makers for having ‘Me Too’ accused Sajid Khan as a contestant. In her stories, she called him a sexual predator and demanded that he should be removed from the show as he never apologised to any of the women he sexually harassed.