US Man Claps 1,140 Times In One Minute For Guinness World Record 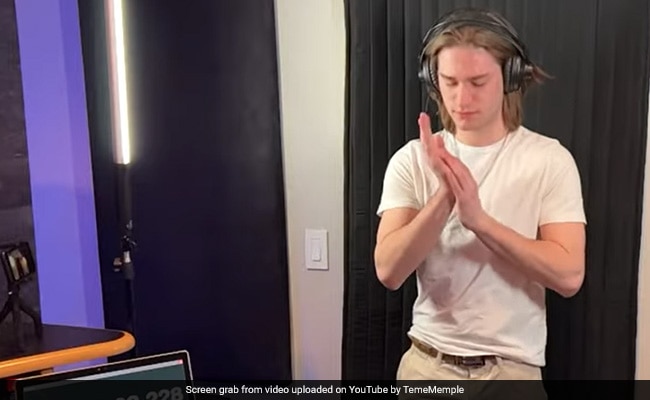 The most claps in a minute is 1,140, and was achieved by Dalton Meyer in Geneseo.

The Guinness World Record for the most claps in one minute is now held by an American speed clapper who outperformed Eli Bishop, the former world’s fastest clapper.

Dalton Meyer, 20, of Davenport, broke the Guinness World Record by clapping his hands 1,140 times in one minute, or around 19 claps per second. He beat the previous record by 37 claps.

According to the Quad-City Times, Mr. Meyer’s first exposure to speed clapping was in elementary school. He was scrolling through YouTube when he stumbled on a video of Kent French, a speed clapper once called the fastest clapper in the world. While he doesn’t remember exactly why, Meyer said the video made him want to learn speed clapping, and it ended up coming naturally.

“It came naturally to me, it was like I didn’t even have to practice,” Meyer said. “Really, I just for some reason knew how to do it.”

Mr Meyer uses a wrist-clapping method invented by Eli Bishop, who formerly held the record for the most claps in a minute (1,103). This form of clapping using the wrist and fingers, as opposed to only the fingers on the palms, is known as wrist clapping.