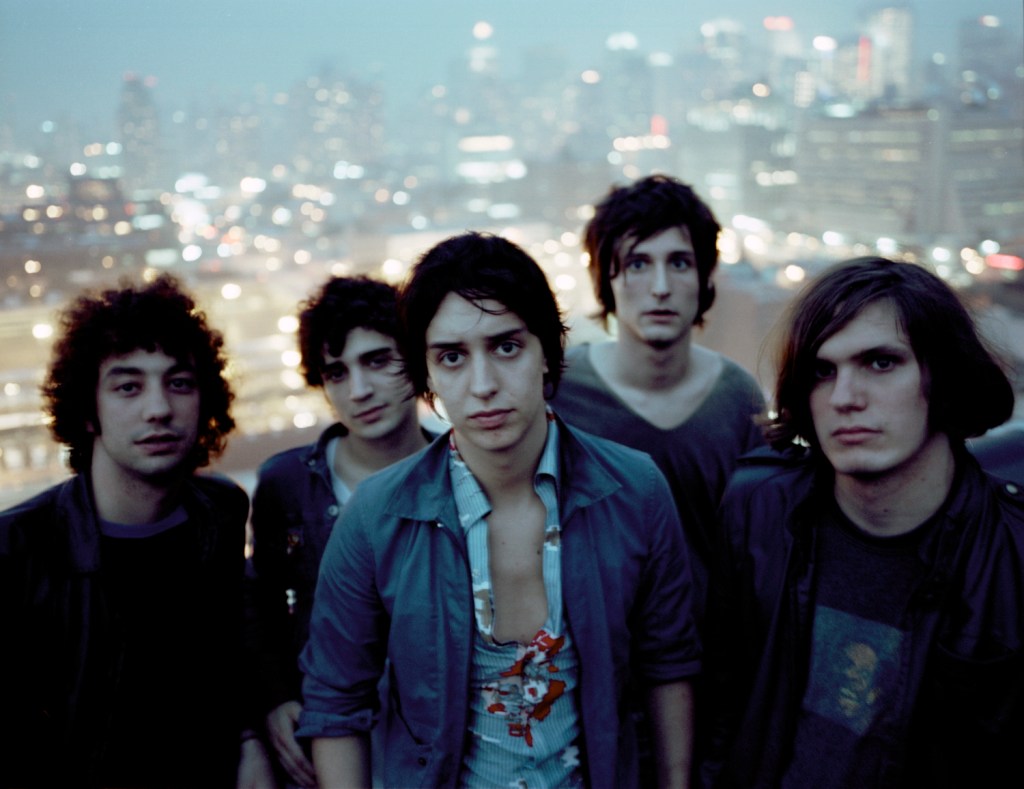 Indie distributor Utopia, currently in theaters with Holy Spider, anticipates music documentary Meet Me In The Bathroom will be its biggest weekend opening to date.

It’s holding onto numbers for Sunday from one-night premieres this past week in LA at the Fonda and in NY at Webster Hall with live performances by The Moldy Peaches, Adam Green, Wah Together and special guests Tim Heidecker and Jim Jarmusch. This weekend, the event film by Dylan Southern and Will Lovelace, co-produced by Vice, XTR and Pulse Films, opens at the IFC Center and Los Feliz with multiple shows sold out. Films and presales speak “to the growing 2000s nostalgia, but also the iconic impact of the bands featured in the film and their continued artistry and output,” said marketing chief Kyle Greenberg.

This early 2000s NYC indie rock scene immersion acquired out of Sundance expands to 150 screens Nov. 8 for one-night engagements and Utopia has been booking additional shows through the fall. “Like a concert, the film will keep touring,” Greenberg said. Utopia took a similar approach to Meet Me with Freakscene: The Story of Dinosaur Jr. in March. It premiered at music venue The Opera House in Williamsburg, Brooklyn before a theatrical release.

Music docs of all sorts have shown muscle as the specialty box office recovers, from Moonage Daydream to The Beatles: Get Back.

Elsewhere in specialty: You Resemble Me opens in NYC (Angelika Film Center) with LA next week and a nationwide rollout to follow with multiple Q&As lined up to support the release. The film tells the story of Hasna Aït Boulahcen, who was falsely accused of being Europe’s first female suicide bomber. The filmmakers are self-distributing following its world premiere in Venice in 2021. The debut feature of NY-based Egyptian-American director Dina Amer was executive produced by Spike Lee, Spike Jonze, Riz Ahmed and Alma Har’el. Amer was an associate producer on the Oscar nominated and Emmy winning documentary The Square.

Momentum Pictures presents Blumhouse SXSW thriller Soft & Quiet in limited release. Written and directed by Beth de Araújo, it’s a single afternoon in the life of an elementary school teacher, Emily. When she and members of a club she’s in stop at a local store on the way to her house, an altercation leads to a volatile chain of events.

XYZ Films presents Justin Benson and Aaron Moorhead’s sci-fi comedy horror Something In The Dirt in about 100 locations. The directors also star. Benson is Levi Danube, a bartender with a shady past who stumbles upon a bargain a apartment next to John Daniels (Moorhead), a photographer. The property is soon deluged by strange lights and anti-gravitational activity. Deadline review here.

Netflix opens Alejandro G. Iñárritu’s Bardo, False Chronicle of a Handful of Truths in NYC and LA before expanding next week, with 35mm engagements at The Paris and the Village East in NYC, and Landmark Nuart in LA. It will also open at the Bay in LA. The film premiered in Venice. Deadline review here. On streaming Dec. 16. Stars Daniel Giménez Cacho, Griselda Siciliani, Ximena Lamadrid.

The streamer also presents Nora Twomey’s My Father’s Dragon at iPic Fulton Market in NYC, the Bay in LA and Landmark Opera Plaza in SF. The animated adaptation of the beloved children’s book premiered at the BFI London Film Festival. A 95% with critics on Rotten Tomatoes. The story of a young boy who leaves the city of Nevergreen and journeys to the mysterious Wild Island, where he finds ferocious beasts and friendship. Starring Jacob Tremblay, Gaten Matarazzo, Golshifteh Farahani. See Deadline review.

Netflix opens Stutz, a documentary by Jonah Hill about his therapist, opens at IFC Center in NYC.

Prime Video presents Good Night Oppy at the iPic Westwood and Regal LA Live, and Regal Union Square in NY. Ryan White directs the story of Opportunity, a rover sent to Mars for a 90-day mission that ended up surviving for 15 years. The film follows Opportunity’s groundbreaking journey and the bond forged between a robot and her humans millions of miles away.

Decal presents comedy sci-fi I’m Totally Fine day and date in 20 locations. Directed by Brandon Dermer, written by, Alisha Ketry, starring Jillian Bell, Natalie Morales, Blake Anderson, Harvey Guillén, Kyle Newacheck. Vanessa (Bell), on a solo trip to clear her head after the death of her best friend, takes a detour when she finds the recently departed Jennifer (Morales) in her kitchen, claiming to be an extraterrestrial.