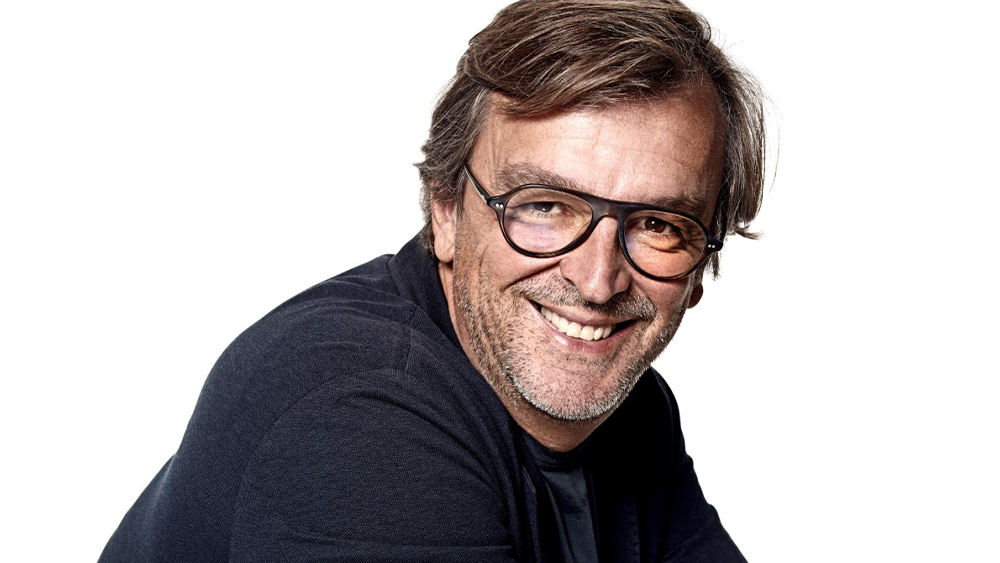 The independent film model, a business that relies on box office revenues, international presales and television licensing, has arguably never been more challenged. French producer Philippe Rousselet is one exec who has been at the sharp end of this change, as his heart-warming, coming-of-age drama CODA kicked off the year with a bidding battle at the virtual Sundance Film Festival, resulting in Apple’s record-breaking $25M worldwide acquisition of the title.

The deal saw a number of international buyers who had prebought the title up in arms at the fact the film was getting taken away from them, especially as their commitments helped get the project financed. It was yet another sign of how dramatically the pandemic and rise of the streamers were accelerating change in the industry.

“It’s a complicated situation,” admits Rousselet, who is founder, chairman and co-CEO of Vendôme Group along with co-CEO Fabrice Gianfermi. “The reality is you have distributors who buy the movie at script stage, who believe in the movie and who risk their money on a movie when they haven’t seen an image. And then, the world changes in two years. Completely. The landscape completely changes. You’re going through the worst pandemic in a century, you see the venue show the film and you realize that the world has changed so much that there is no real U.S. distributor that can guarantee you what you could have had and what we should have expected from a studio world three or four years ago.”

He adds, “We completely understood the position of the distributors because we have worked with them for a long time and continue to do so. But when the streamers are willing to put so much money on a film and bet on a film, we had no option. And remember, at the time, theatres were still closed.”

Rousselet is has been in the independent film game for a while, having made projects such as Duncan Jones’ Source Code, Tom Hanks starrer Larry Crowne and Nicolas Cage’s Lord Of War. He’s produced more than 20 French-language films to date through his Vendôme banner including Haute Cuisine and The Women On The Sixth Floor. But, according to the exec, it’s CODA that has really crystalized the company’s cross-Atlantic approach to creating content.

“What we love about what we do is that we do French-speaking and English-speaking movies and CODA is sort of the culmination of a nine-year journey of that ethos,” he says.

CODA’s voyage began when Vendôme bought a 50% stake in Paris-based banner Jerico Films, where producer Eric Jehelmann had already started developing a script inspired by a true story of a hearing girl in a deaf family who discovers she can sing. Dubbed Le Famille Bélier, that project was penned and directed by Éric Lartigau, and it went on to score more than 8 million admissions in France, taking $55.8M at the local box office and $72.8M worldwide in 2014.

“It was not an easy movie to sell,” recalls Rousselet of the original project. “It’s quite singular and quite an original story. So, there were downsides but fortunately, people reacted to it incredibly well. Before the movie came out – much like CODA at Sundance – we screened it for around 400 exhibitors in France for reactions. And that was the beginning of the whole journey because after that the word-of-mouth for the film was incredible.”

Soon after, the phone didn’t stop ringing for requests to buy the remake rights, but Rousselet, a former Warner Bros. production exec and seasoned veteran of the U.S. production landscape, was adamant he wasn’t going to let go of the title. Having set up a slate financing deal with StudioCanal and Summit International prior to its merger with Lionsgate, he turned to the latter’s Head of Motion Picture Group, Patrick Wachsberger, who ultimately decided to finance and produce the remake for Lionsgate.

“I decided to sell Lionsgate the remake rights with Vendôme being attached as the sole producer,” he says. “I definitely was not going to let any other company produce it instead of us.”

When Wachsberger stepped down from Lionsgate, he bought back the rights for the film and onto the independent market it went, eventually becoming the first project to come out of a pact Vendôme inked with Pathé in 2019 to develop and produce English-language films for the international marketplace. Wachsberger also produced the title via his Picture Perfect Entertainment banner.

Orange Is The New Black writer Sian Heder was brought aboard to write and direct CODA (an acronym for Child of Deaf Adults) and the $15M film, which was financed off of international presales and tax credit and shot in Massachusetts that year.

Then came the pandemic. Theatres closed and the film world came to a standstill. Many producers were left with product that didn’t yet have a crucial U.S. deal while buyers struggled to keep business afloat. The brutal combination of an exhibition sector on its knees coupled with an inability to compete with the deep pockets of streamers created an unprecedented level of anxiety and angst for buyers.

So, when this year’s Sundance audience saw CODA, the joyful and warm story about a high school senior who is the only hearing person in her deaf family and is torn between holding together that unit or seeking her own dreams, the festival, in the words of Deadline’s Pete Hammond “couldn’t have gotten off to a more satisfying start.”

The family film, which stars Emilia Jones and, refreshingly, an ensemble cast of deaf actors including Marlee Matlin and Troy Kotsur, moved a swathe of buyers and came down to a pitched battle between Apple and Amazon. The former swooped in with that record $25M deal for the world, the biggest buy in Sundance history. Apple released the title in theaters and on its service worldwide on August 13.

Rousselet admits that, in more certain times, CODA would have found a different home.

“Ten years ago, this movie should have been a Fox Searchlight movie,” he says. “It should have been a Little Miss Sunshine and we would have maybe seen a bidding war between Focus and Paramount Vantage and those guys. But when we showed the movie, the reality is, most of them were not at the table. Or they were but it wasn’t even worth starting a conversation with them. We had no option. The real options we had were the streamers, and they all wanted to buy the world.”

Working with Apple, says Rousselet, has been a positive experience – “they are so passionate about the project” –, adding that the streamer is planning a heavy awards push for the film this season.

However, despite the unprecedented situation and tumultuous time the indie film business is facing, Rousselet is optimistic about the future and says, “there’s room for everyone.”

“I think we are definitely going to see better and more singular movies in the theatres,” he says. “And as far as the streamers, I think it’s a very competitive world right now. There’s a lot of product [out there] and I think the good news is you have a choice, but the bad news is you have a lot of choice. It’s a real issue for the consumer.”

Vendôme is continuing its push into the transatlantic content sector and CODA has proved to be a real boon for the business. Across the past year, Rousselet has spearheaded the production of five new feature films including: Room of Wonders directed by Lisa Azuelos; Sophie Boudre’s Schoolmates!; Fred Cavayé’s Adieu Monsieur Haffman; Pascal Elbé’s Hear Me Out and Bruno Chiche’s La Scala. Vendome is in pre-production on Le Bain Des Folles starring Léa Seydoux and Charlotte Rampling, shooting in the first quarter of 2022.

Additionally, the company is continuing to ramp up its television slate with French and English-speaking projects such as Code Name Hélène, in partnership with Anonymous Content, starring Elizabeth Debicki as well as an Untitled Notre Dame miniseries penned by William Boyd based on a New York Times report about the battle to save the Notre-Dame cathedral.

“We do have a more European approach in the way we make movies,” he notes. “We’re very talent-friendly, we love working with filmmakers and authors on both sides of the pond. We have a lot of long-term relationships with some great companies in France and there’s a lot of possibilities to do great things on the horizon. Language is no longer a barrier anymore.”

Discovery+ To Air LGBTQ+ Series ‘Control’ Around The World – Deadline

EXCLUSIVE: What started out as a Polish university project about two LGBTQ+ women in a country ranked first by Rainbow Europe in its...
Read more

Chicken Bonda: Use Your Leftover Chicken To Cook This Delicious Snack

India and its obsession with tea-time snacks need no introduction. From crispy namkeens and biscuits to oily and greasy pakoras, bhajis, chaats and...
Read more

Discovery+ To Air LGBTQ+ Series ‘Control’ Around The World – Deadline

EXCLUSIVE: What started out as a Polish university project about two LGBTQ+ women in a country ranked first by Rainbow Europe in its...
Read more

Chicken Bonda: Use Your Leftover Chicken To Cook This Delicious Snack

India and its obsession with tea-time snacks need no introduction. From crispy namkeens and biscuits to oily and greasy pakoras, bhajis, chaats and...
Read more

<!-- -->Omicron: The variant, first tagged as B.1.1.529, is the latest coronavirus strain to be detected (File)New Delhi: The world is racing to...
Read more
Previous articlePick of the Day: “I’m Your Man”
Next articlePunjab Chief Minister Charanjit Singh Channi Summoned To Delhi Again For Talks On Punjab Cabinet Expansion
LocalTakSabse Tez