Venus and Serena Williams, Anthony Fauci And Others Honored – Deadline 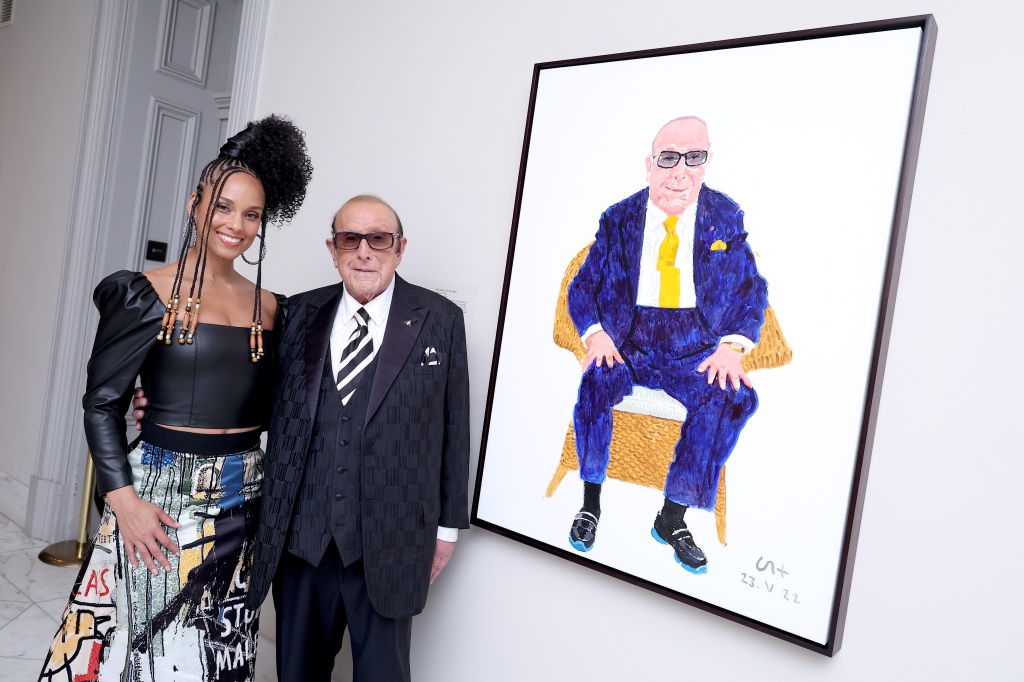 Anthony Fauci said that when he was approached by the National Portrait Gallery of an “unusual person” they suggested to create his portrait, “not only was I not reluctant about it, I got very excited about it.”

The result, a five-minute stop-motion drawing animation of Fauci’s career, is perhaps the most unconventional of all of the portraits at the center of the Smithsonian gallery’s biennial Portrait of a Nation Gala on Saturday, an event that nearly rivals the Kennedy Center Honors for drawing Beltway insiders, billionaires and celebrity.

The Fauci work from artist Hugo Crosthwaite covers the bookends of his career, from his work on HIV/AIDS in the 1980s to the current Covid pandemic.

“He showed so many subtle things in there,” Fauci told Deadline. “If you watch it more than once, you will see it is not only about the illness and the suffering, but about what the reaction to society was and how they were contrasts and comparisons. The guy’s a genius. He really is.”

Hundreds gathered in the gallery’s central atrium to a lengthy ceremony with a number of emotional moments, as when the grandchildren of honoree Marian Wright Edelman spoke. There was a bit of a subtle interruption as Hillary Clinton paid tribute to Edelman, her mentor, as it came at the same time that networks called the Senate for the Democrats. Suddenly dozens across the sea of tables peered at their phones for the burst of news alerts.

Also honored were Ava DuVernay, Venus and Serena Williams, José Andrés and Clive Davis, with the portraits residing in the gallery’s collection. The gallery selected the honorees then set about connecting them to artists for the commissioned works, all of which recently went on display.

Davis said he called David Hockney, a longtime friend, to ask him to paint his portrait.

“I just called him said, ‘I’m getting this incredible honor and he knew of the National Portrait Gallery,” said Davis. “He said, you know I don’t do portraits from photos. I’m in Normandy, Clive. I’m not coming to L.A. in the forseeable future. Would you come to Normandy?” Davis said he went to Normandy and sat for three full days.

“It’s one of the greatest thrills of my life,” Davis said. The music industry legend said that he already owned several Hockney paintings, as well as an Andy Warhol painting of the artist. “I consider him the greatest living artist,” he said, comparing his work to Picasso.

Alicia Keys, who presented the award to Davis, was one of many successful music artists he signed in his career. Davis recalled that Peter Edge, then at A&R Records, called him and said, “Alicia Keys has never had a record album,” even though she had been signed with Columbia Records for about two years. He set up a meeting.

Davis said, “And she came to my office, sat down at the piano. I thought it was a ruse. Here is a stunning beauty of 18 years old. I said, ‘Are you serious that you can get free of your contract with Columbia?’ She said, ‘You leave it to me and Jeff Robinson my manager. I left it to them, and what happened? I signed her.”

Ava DuVernay said that artist Kenturah Davis, who created her portrait, took a time-lapse picture “so the image is me moving from one plane to another, and she drew the moves. It’s like a motion picture in a portrait.”

“She draws with works, so the pinstrokes are actually letters, and it’s such an intricate [work]. And the words she is using is something that my father told me before he passed away. So the whole thing is deeply meaningful, and this is a dream I never knew to dream.”

“It’s a motion picture that’s drawn, and so she has done it so beautifully that there’s this ear kind of in the middle of my face. At first I saw it and I was startled by it, until I realized what she was doing because I had told her that I want to always be able to listen to my father, even though he is not here.”

At the ceremony, after Isabel Wilkerson presented the award, DuVernay shared her father’s words, who she said she had previously kept to herself: “God’s grace is always granted. You can relax, go about your business. All things are possible for God just believe. Take a deep breath. Good luck.”

“This is replacing the Wimbledon trophy,” Venus Williams told the ceremony as her portrait, from artist Robert Pruitt, was displayed on the screen. Pruitt said that the image is “not just a representation of her face and image but a representation of her history in a manner that I don’t think is readily available to the public. So I think you can see in this work not just a stature of a famous athlete but like person who has a relationship to her family and history. And so I am hoping that that comes through in the drawing.”

Toyin Ojih Odutola, who created Serena Williams’ portrait, said that she wanted to portray her “in her element, at home, or in a space that felt very comfortable for her, laughing.” She is friends with Pruitt, and although they created their works separately, “we both wanted to show something that was joyful and magical and glorious.”

Kadir Nelson’s oil-on-linen painting of Andrés, the culinary entrepreneur who founded World Central Kitchen, features him standing in water and surrounded by people with food following a natural disaster.

Kim Sajet, director of the gallery, said that having Andrés sit for his portrait was “not easy.”

“I said, ‘At the end of the day it is for future generations to be inspired by the fact that this immigrant, this chef, can actually truly change the world,’” Sajet said, adding that the chef’s wife, Patricia, also helped convince him. Laurene Powell Jobs presented the award to Andrés.

Edelman’s portrait is a black and white photograph from Ruven Afanador that features the civil and children’s rights activist wearing a necklace featuring portraits of Harriet Tubman and Sojourner Truth. The photo was taken for Essence magazine, but was never shown or printed, Sajet said. The gallery, she noted, has the Harriet Tubman and Sojourner Truth portraits in their collection as well.

Fauci said that he was in “awe” when he first saw Crosthwaite’s work. “Just the tempo when it starts with the beat of the music. You get the feeling … that something exciting is really happening.”

Crosthwaite said that the work was “an opportunity of not just to do a portrait of a great doctor, but also to capture this very particular moment in history, this pandemic, which is unique.”

“I knew that he did not want a conventional portrait,” he said. “The one static imagery would just not do it.”

He met with Fauci at his home and he “really opened up” when he told him of his ideas, and the longtime director of the National Institute of Allergy and Infectious Diseases went through his 50-year career.

“We decided that there were two basic elements that we wanted to play, first of all the HIV epidemic, the last one would be the Covid-19 pandemic, and then how they paralleled each other in a way.”

The work features moments such as Fauci’s meeting with ACT Up protesters in October, 1989, along with moments of protests in the gay community, urging government action. The Covid portion shows how “kind of the opposite happened. The government was ready to respond. We developed the vaccine and we developed treatments, but then all these movements came about that was kind of against medicine, against the vaccine. So it was these two very peculiar moments in history.” There is one humorous representation of Fauci as he sat near the lectern during Donald Trump’s notorious daily press briefings at the start of the pandemic.

At the ceremony, David Rubenstein, who presented the honor to Fauci, said that he was “the man who tried to save Americans when many of us did not want to be saved.” A longtime friend, Rubenstein also said that many years ago he tried to entire Fauci to go into private equity. Fauci’s answer, he said, was “I’m not interested in making money. I’m interested in saving lives.”