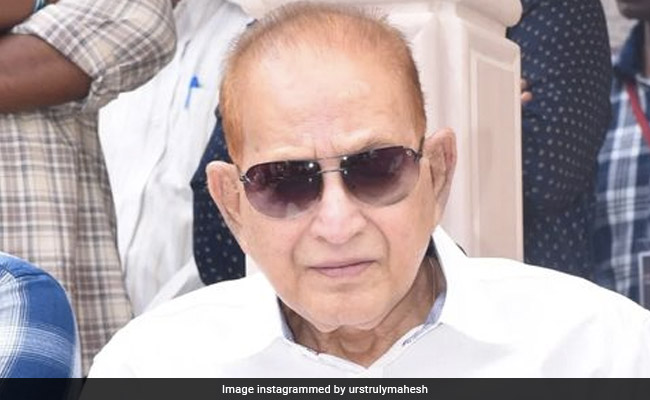 Veteran Tollywood Actor Krishna who had suffered a cardiac arrest on Monday died today at around 4 am in Hyderabad.

Mr Krishna, 80, was brought to the emergency department of a hospital at 1.15 AM on Monday in cardiac arrest, doctors said.

CPR (cardiopulmonary resuscitation) was performed immediately and he was shifted to the ICU for treatment and observation, they said. The actor’s condition was said to be critical and he was being treated on a ventilator.

Mr Krishna, originally Ghattamaneni Siva Rama Krishna Murthy, had acted in 350 films and was one of the top actors of the time. He was also a successful director and producer. He was honoured with the Padma Bhushan in 2009.

Mr Krishna was the father of actor Mahesh Babu and father-in-law of TDP leader Jay Galla. He had joined the Congress and became an MP in the 1980s but quit politics after former PM Rajiv Gandhi’s death.

His wife and Mahesh Babu’s mother Indira Devi died in September this year. His elder son Ramesh Babu died in January. Actress Vijaya Nirmala, who was his second wife, had died in 2019.

Previous articleFinn Allen Named In New Zealand’s Squad For Series vs India, Trent Boult Not Included
Next articleLen Goodman Announces Season 31 Will Be His Last As Judge – Deadline
LocalTak®Sabse Tez