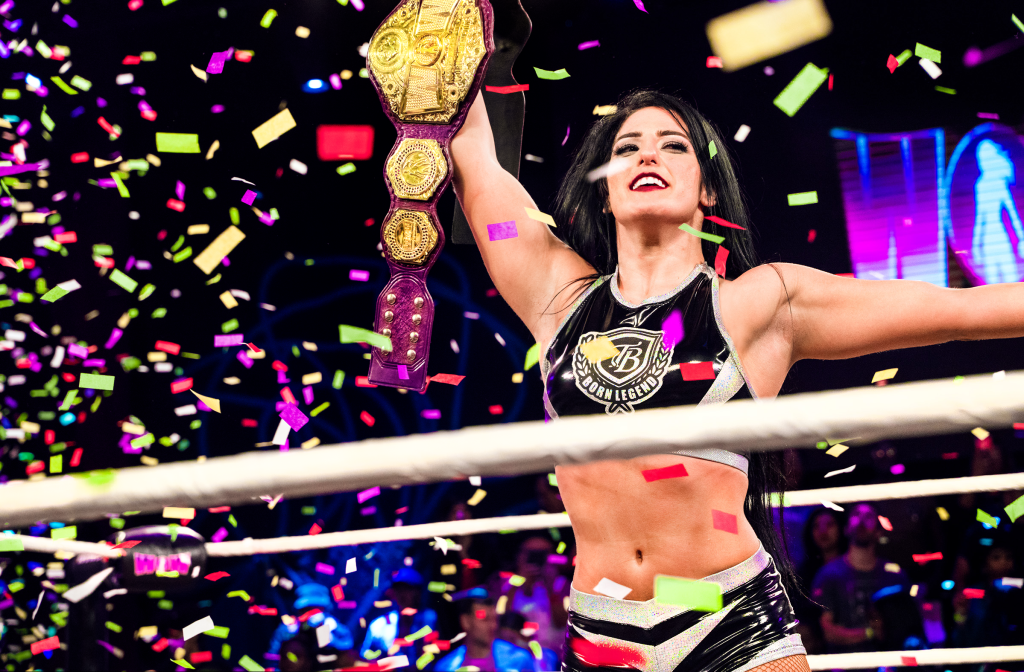 ViacomCBS announced today a new multi-year distribution agreement with the Jeanie Buss-owned WOW – Women Of Wrestling, marking the return of the league to TV. WOW had been on AXS TV from 2019-2020.

New episodes of WOW will launch in weekend syndication in the fall of 2022. ViacomCBS Global Distribution Group has already secured clearance in 160 markets, representing 70 percent of the United States via licensing agreements with deals that include CBS-owned-and-operated stations and Sinclair Broadcast Group. Historical seasons will be available on CW Seed and Pluto TV platforms, expected in December 2021.

Lakers owner Jeanie Buss is the money behind the show, which she has called “a passion project.” It was created by David McLane, who was also created the original incarnation of women’s wrestling series GLOW.

“I grew up in the era of Title 9, and there are so many female athletes, so many college programs for women to participate in, and there’s not enough places for female athletes to take all this training and hard work that they’ve done for years,” said Buss in 2016 when she helped reboot the 20-year-old property. “I believe that WOW shows that women can become a professional athlete and make a living in this country and be able to entertain and keep training.”

Bringing talented women into a mostly male arena is a family tradition. Buss’s father Jerry, who bought the Lakers in 1979, was one of the first NBA owners to hire cheerleaders — and insisted they actually know how to dance. He also hired an in-house band, which plays at games to this day. Both were part of his vision for “Showtime,” an entertainment-centric mentality which became the team’s brand in the 1980s.

“Wrestling’s presentation of women has long been very important to me, and we now are presenting the epitome in sports entertainment that will highlight the athleticism of these superstars as we reintroduce WOW,” said Jeanie Buss as part of today’s announcement. “Our partnership with the entire ViacomCBS Global Distribution Group family allows us to continue our mission of providing wrestling fans and WOW Superheroes what they have all deserved: a global platform for a dedicated women’s wrestling league.

“We are thrilled to partner with Jeanie Buss and David McLane to create a significant global footprint for WOW and expand our diverse, world-class content portfolio,” said Dan Cohen, President of ViacomCBS Global Distribution Group. “This series offers audiences unique, compelling and creative entertainment that features female ‘superheroes’ in the ring, behind the cameras and in all aspects of the business. Both in the U.S and abroad, we believe this is an event program that will make some noise in the marketplace.”

Former WWE world champion AJ Mendez will provide color commentary during each broadcast. The new iteration will feature the return of WOW World Champion The Beast and former world champion Tessa Blanchard to the squared circle.

Buss and Mendez will serve as executive producers, while WOW creator and founder McLane is the executive producer of the production, along with two-time Emmy Award nominee Nick Staller. ViacomCBS Global Distribution Group distributes the series in the U.S. and internationally.