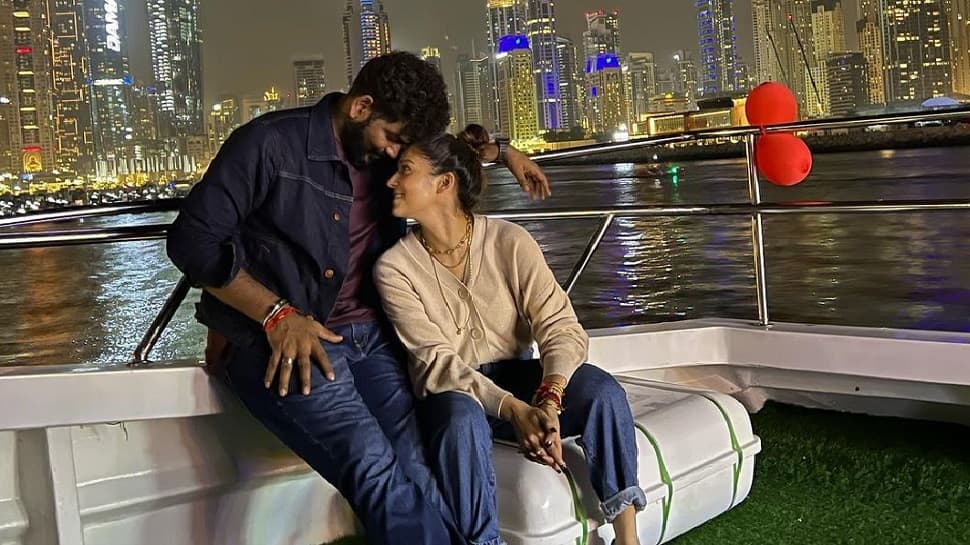 New Delhi: South filmmaker Vinesh Shivan, on Thursday, shared a glimpse of his birthday celebrations with his wife Nayanthara.

Taking to Instagram, Vignesh shared a video which he captioned, ” It`s my 8th birthday wit you my thangamey #nayanthara You have made every birthday extra special than the previous one! But ….This one was too emotional! Thank u for being the lover u r ! U know what makes me the happiest and u gave me exactly that! 🙂 to more years of love, happiness and peace! Thank you Love you and the way you love me, more and more !!.”

In the video, Vignesh and Nayanthara could be seen celebrating the filmmaker`s birthday along with their friends and family members on a yacht. Apart from that, he also dropped some cute romantic pictures with the `Bigil` actor.

Soon after the filmmaker shared these adorable pictures and videos, fans swamped the comment section and dropped red heart emoticons. “The way she peps u up,” a fan commented. Another fan wrote, “Omg!!! Nayan!!! She is really cute.”

Nayanthara and filmmaker Vignesh Shivan married in Chennai on June 9, 2022. It was an intimate wedding with only their close friends and select guests, including Shah Rukh Khan, AR Rahman, Suriya and Rajinikanth, in attendance.

Meanwhile, on the work front, the 37-year-old Kollywood actor was last seen in `Kaathuvaakula Rendu Kaadhal` on the big screen, which gathered a decent response from the netizens, and in `O2`, a survival drama film, which premiered on Disney+ Hotstar.

She will be next seen in `GodFather` alongside south actor Mohan Lal. The film is slated to release on the occasion of Dussehra 2022 and also in director Atlee`s next action thriller film `Jawaan` along with Shah Rukh Khan, which is all set to hit the theatres on June 2, 2023.