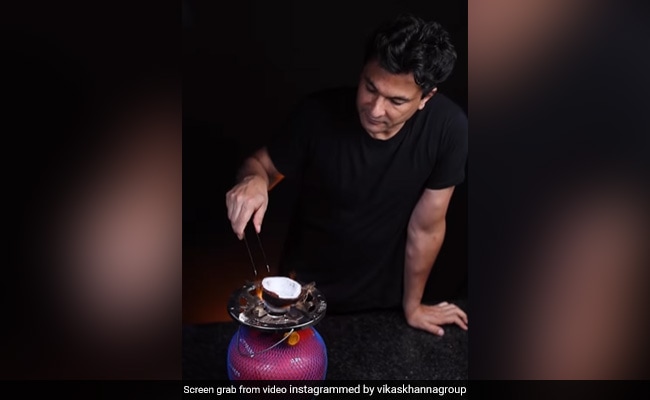 Cracking open a coconut can be trickier than it sounds. Therefore, Michelin star chef Vikas Khanna recently shared an easy hack to split open a coconut in minutes.

Taking to Instagram, Mr Khanna posted a video in which he showed a super easy tip to crack open the edible nut seamlessly. In the caption, the celebrity chef also revealed that this trick is widely followed by people in Kolhapur, Maharashtra.

“I was in Kolhapur, Maharashtra when I saw a local woman do this trick like a pro. It truly works depending on the type of coconut & it’s age. You might need a paring knife to detach it from the shell sometimes. BUT THIS WORKS,” he wrote in the caption.

In the clip, Mr Khanna shared that to perform this hack, all you need to do is keep the hard shell on the gas flame. Once the shell of the coconut becomes black, turn off the flame and place it in a dish with some cold water. Then gradually separate the coconut meat from the hard shell.

Viral Video | US Man Claps 1,140 Times In One Minute For Guinness World Record

Mr Khanna shared the video two days back. It left internet users simply amazed. While some thanked the chef for sharing the hack, others wrote that the trick will now definitely make their lives easier.

One user commented, “Thank you a thousand times and more for showing this! Will make my life so much easier!!!” Another added, “Wow, you just now solved the biggest problem… my hands always got cut while peeling out the coconut from its hard shell.”

“We Are Already No 2, Fight Is On For No 1”: Arvind Kejriwal On Gujarat