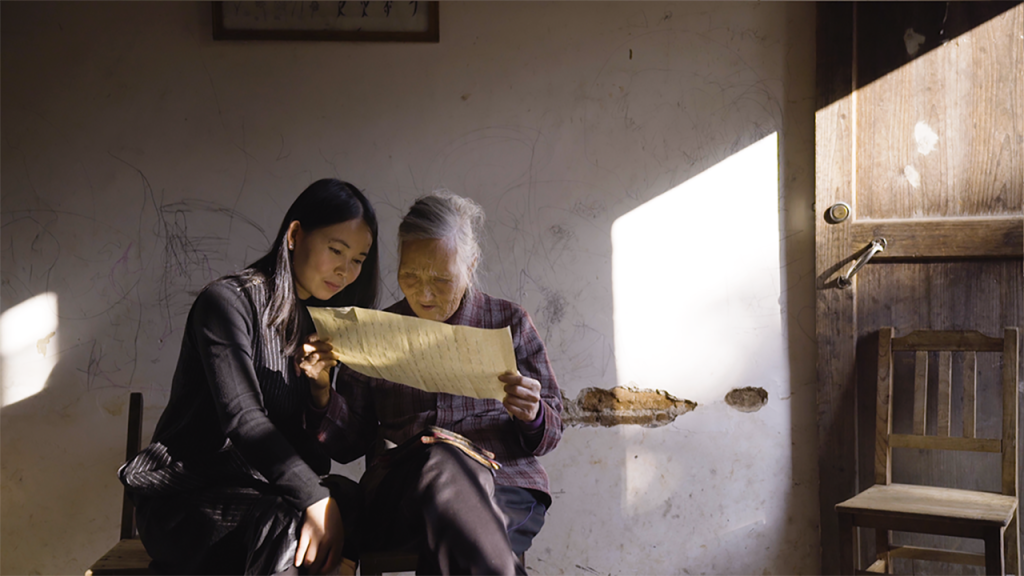 The past, present and future of women in China’s oppressively patriarchal society is a big topic to address in under 90 minutes, but Violet Du Feng’s unassuming but very moving documentary Hidden Letters covers a lot of ground.

Visually, it has the immediate, low-key digital-video look that’s increasingly typical of festival docs, and which may restrict its audience to the specialist circuit. But there’s a lot going on under the surface in a film that looks at the subject of Nushu, an ancient secret language used by Chinese women to talk to each other without their husbands, fathers, and even their sons knowing.

“Nushu is mostly about misery,” notes Hu Xin, a tour guide at the Nushu Museum in Jiangyong County. Hu Xin is our port of entry into this secret world, depicting a time still in living memory when women were subordinate to men, foot-binding was common (as were arranged marriages), and divorces were out of the question. From the despair came Nushu, written on fans and handkerchiefs in delicate calligraphy or sung a capella and handed down through generations. Surprisingly (or maybe not), these missives were never about men: the subject, and audience, was always the sisterhood.

After Hu Xin we meet Wu Simu, the former’s protégée, who has been studying Nushu for a while. Wu Simu is engaged, and at first her fiancé appears to be a catch, an enlightened young man from a tight-knit working-class family. In a short space of time, however, he reveals himself as something of a monster, instructing Simu to abandon her “hobby” and take on not one but two jobs in order that they can buy a house, settle down and have children.

Simu is lucky and jumps ship, but we find out in a surprise turn of events that Hu Xin is a divorcee who suffered at the hands of a similarly controlling but abusive husband. Her comments are truly shocking; despite all her honors and achievements, Hu Xin feels that she has failed as a woman, with no husband and no children.

After this, two other stories come into the mix, one being the story of He Yanxin, the last traditionally trained practitioner of nushu. A frank, funny and unsentimental woman, she forges a bond with Hu Xin, swapping stories that make the age gap between a millennial and an octogenarian simply vanish.

But at the same time as it explores Nushu’s past, Du Feng’s film has an amused eye on its future. Though the humble, talented Hu Xin seems to be the perfect brand ambassador for Nushu, her bosses—all male—undercut her at every turn, undermining her confidence and talking in the inane lingo of sales patter, mooting cross-platform promotions and even KFC deals. The irony is not lost on the director, who presents these toe-curling moments without comment.

Unlike the majority of docs, Hidden Letters doesn’t really set itself a goal—it’s more of a mosaic piece that, in its best moments, has the vérité feel of a late-’60s Maysles brothers movie, notably an intimate scene in which Simu sits down with her future sisters-in-law, who speak candidly about marriage and sacrifice. As a result, it all ends rather abruptly, but it certainly achieves what it sets out to do, which is present history within the context of lived experience, using Nushu as a metaphor for the need for communication and connectivity between women who want their lives to have meaning.