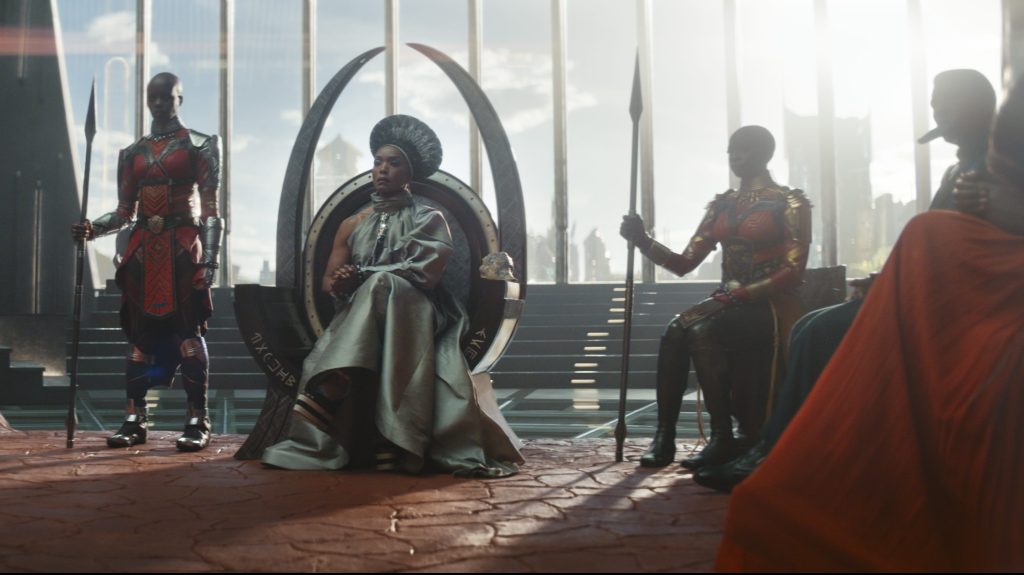 With Black Panther: Wakanda Forever‘s nationwide release now just one month away, Disney and Marvel have unveiled a new featurette on the making of the anticipated sequel, along with 12 new character posters, which you can view by clicking above.

Then, there’s the featurette, in which director Ryan Coogler and assorted cast members explain how the sequel will pay tribute to the original’s star Chadwick Boseman, who died of colon cancer in August of 2020, aged 43. “It was really moving to come back to Wakanda and for us to be able to do it with a sense of celebration,” says Nyong’o in the featurette, also giving fans a more in-depth look at Huerta’s villain character, Namor.

Hitting theaters in 2018, the first Black Panther film directed by Coogler follows T’Challa (Boseman), heir to the hidden but advanced kingdom of Wakanda, who must step forward to lead his people into a new future and confront a challenger from his country’s past. The pic written by Coogler and Joe Robert Cole was a historic success for Disney, coming in as the highest-grossing film ever directed by a Black filmmaker, the ninth-highest-grossing film of all time and the third-highest-grossing film in the U.S. and Canada at the time of its release. Black Panther was also the first superhero film to receive a Best Picture nomination, and the first MCU title to dominate in multiple categories.

In Black Panther: Wakanda Forever, Queen Ramonda (Bassett), Shuri (Wright), M’Baku (Duke), Okoye (Gurira) and the Dora Milaje fight to protect their nation from intervening world powers in the wake of King T’Challa’s death. When Namor (Huerta), king of a hidden undersea nation, alerts them to a global threat and his disturbing plan to thwart it, the Wakandans band together with the help of War Dog Nakia (Nyong’o) and Everett Ross (Freedom) and forge a new path for the kingdom of Wakanda.

Coogler directed the sequel opening on November 11 from his script, once again written with Cole. Producers on the final film in Phase Four of the MCU were Kevin Feige and Nate Moore. Watch the new Wakanda Forever featurette below.