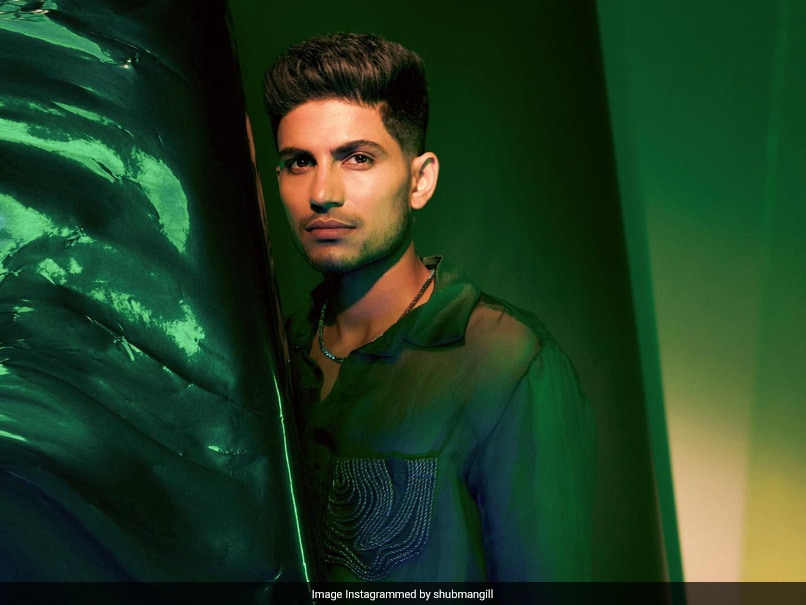 Shubman Gill is owning stage with his recent performances. The young opener has been consistently getting big scores in the home ODI series in recent times. Against New Zealand in the first ODI, he even hit a double century. In doing so, the 23-year-old became the eighth batter to reach the mark in ODIs. His purple patch started from the series against Sri Lanka where he hit a ton too. Since the time Gill became a household name with his exploits at the 2018 U-19 World Cup, Indian cricket expected big things from him. The young opener for Punjab has not disappointed so far.

Recently, Shubman Gill posted a photo of him on Instagram with the caption “Mind > Matter”. In the post, he wrote the names of those who styled him like make-up, hair etc. Former India captain Virat Kohli left a question in the comments section of the post: “And watch by who?” To which Gill replied, “by courtesy of the ” along with a emoticon which signified a crown. It appears that it was Kohli who might have given Gill the crown. 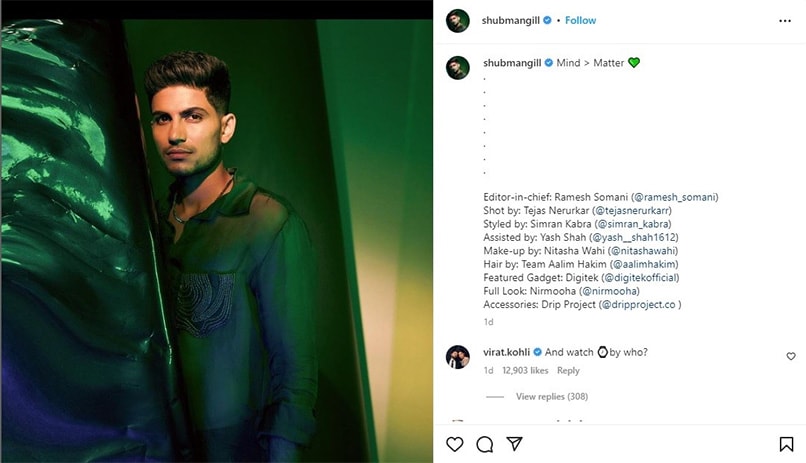 In the first ODI against new Zealand, Gill also completed 1000 runs in just 19 innings. He is the fastest Indian to reach the mark, surpassing Virat Kohli and Shikhar Dhawan – both of whom scored 1000 runs in the format in 24 innings.

Gill is also now the joint second-fastest ever to score 1000 runs along with Pakistan’s Imam-ul-Haq. In completing 1000 runs in 19 innings, Gill surpassed the likes of Viv Richards, Babar Azam, Kevin Pietsersen, Jonathan Trott, Quinton de Kock and Rassie van der Dussen – all of whom scored 1000 ODI runs in 21 innings. Pakistan’s Fakhar Zaman (18 innings) is the fastest to 1000 runs in ODIs.