Long before the United Nations started observing International Women’s Day March 8 from 1975, Odisha had been celebrating the womanhood that too for three days in a row in the middle of June.
Yes, Raja or Raja Parba, an integral part of Odisha’s culture, is our way of celebrating, glorifying and welcoming womanhood.

This is a festival which also celebrates the menstruation of the mother Earth. All agricultural activities are suspended in these three days as it is believed that the Earth has her annual menstrual cycle during this period and she is treated with all care and respect. No wonder, Raja is one of the most important festivals in the culture calendar of Odisha.

While the period of Earth is celebrated with much fanfare, the same cannot be said about the women in Odisha and elsewhere when they have their periods. Though menstruation is like any other bodily function, a lot of stigmas are always attached to it and it is still considered a taboo topic in many societies. Earth is worshipped during her menstruation period, but the women are hardly treated with the same dignity.

With a couple of days to go before the swing festival, some people who are known for creating awareness on menstrual hygiene told Sunday POST how it is time we broke the taboo and celebrate Raja festival in its true spirit.

Kacha Kandhei, a music video on menstrual hygiene, was released last World Menstrual Hygiene Day, May 27. The film, directed by Snehasis Das, showcased how a boy, shedding all his inhibitions, comes forward to help his friend during her menstrual days.

Snehasis says, “As a society we have been practising menstrual hygiene for ages, but of late it has become a taboo subject. In Odisha, we celebrate Raja, a festival observed exclusively by women and young girls since time immemorial, where we celebrate mother Earth’s annual period days. Our age-old customs were basically the practices which were meant to maintain hygiene with available resources and knowledge. Like menstruating girls and women were given a separate room to stay, they ate by themselves and used old cotton sarees as pads when they attained puberty. But with changing times, society started associating it with something negative, shameful and even dirty practices.

“However, the time is changing again, so is our mindset. Recently, I watched a series of beautifully made short films on menstrual hygiene. Awareness campaign like this would definitely yield results in the coming days.”
It is high time the taboos were broken and the stigma surrounding menstruation ended. The real challenge is access to menstrual products and period-friendly sanitation facilities. So, it’s all about sensitising people with proper knowledge to practice menstrual hygiene. It’s very simple and what we require is to bring changes in our thought process, adds Snehasis. 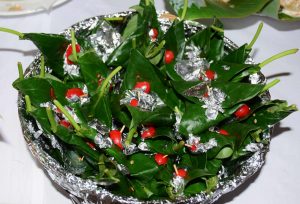 Social organisation Aaina, over the years, has been working for an inclusive society. Its secretary Sneha Mishra, who has been instrumental in creating awareness on women’s issues including menstrual hygiene, says “In every Odia household, Raja is celebrated as a great festival. These three days are considered as the mother Earth’s menstruation period and hence all the agro activities are prohibited to give rest to the mother Earth. Symbolically girls and women are also pampered with poda pitha – a signature Odia delicacy, they play in swings and are not asked to do any household chores.” 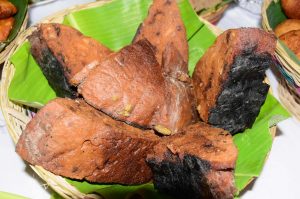 At the time of explaining the correlation between a woman and Earth, Mishra rues over how average people view the menstruation period of a woman.

“While the period days of Earth are celebrated with pomp, a lot of restrictions are imposed on the girls and women when they go through their menstrual cycle. They are considered untouchables and impure during these five days to such an extent that they withdraw themselves back from participating in daily chores. During Raja celebrations, they are pampered. But during period days, they are pushed to a corner. Many girls don’t even have access to maintain hygiene practices,” adds Mishra.
It’s quite necessary to do away with the period stigma to end discrimination related to the issue, she says.

Apart from being a physician, Dr Priyanka Mohanty is also a dedicated social activist having a life membership of Red Cross and Unicef.

The WHO representative in Kalahandi district says, “Just as we love our bodies regardless of their shape, we should love our menstrual cycle no matter its frequency, flow and pain.”
It’s believed that Earth celebrates menstruation every year through poetry, painting, festival and period love. As they say, Raja isn’t an ordinary day. It’s a day when you let go of your old self and skin. You welcome new energy. Poda Pitha, the signature baked cake of Odisha and “Banaste Dakila Gaja” always offer a remarkable feeling to the women, she adds.

“But you know there’s a ‘but’ in every chapter of our life we write. The ‘but’ here in Raja story is why there’s one day of celebration and the other day that’s a demarcation? Why there are trumpets to welcome the goddess Earth and the other day a girl is made to suffer in some other room with no allowance to her own home or dining table or any religious practice,” asks Priyanka.

She feels every girl has her own period stories. “We live it. My only point is why live according to others. Why not live like you want to create and write your own period story? Why choose to whisper “Mumma I am bleeding” where you can happily yell saying “Mumma, see I am bleeding and that’s what makes me a woman in true sense,” argues Priyanka, adding, “Raja is a sense of togetherness and an essence of individuality to celebrate blood with honour and grace. It’s time to celebrate. It’s time to neutralise menstruation because this is the only thing that gives us our indentation and should be worth rejoicing for.”

12 Raja festivals in a year

Priyadarshani Biswal is a health counselor at the district headquarters hospital in Deogarh.
She says, “The word Raja is derived from Odia word Rajaswala or a menstruating woman. The mother Earth has her menstrual cycle for three days a year which is celebrated as Raja Parba in Odisha. The Earth turns greener after this festival. Same is the case with a woman. While the Earth menstruates once a year, a woman experiences it every month. So, we need to celebrate Raja on 12 occasions a year. A family rejoices when a girl attains puberty. In many communities, people also celebrate the occasion with feast.”
But after that, things take an ugly turn, says Biswal. 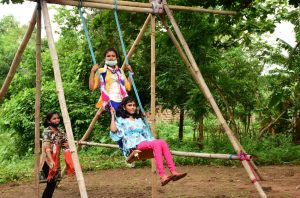 “While we continue to worship the mother Earth, a lot of restrictions are imposed on women during their period. Besides, we also follow a series of superstitions regarding menstruation. Despite massive awareness campaigns all over the place, an adolescent girl, after getting menstruated, is still kept in an isolated room when she undergoes a major physical and mental change. Didn’t we witness how people ended their lives when they were kept at isolation facilities during Covid phase? If menstruation is considered impure in our society, then what about ejaculation, how it is pure,” asked Priyadarshani.

“I wonder even the learned and educated women don’t protest the non-entry of women into the Sabarimala temple in Kerala during their menstruation,” she laments.
It is also quite distressing to learn that many women in our society delay their period by taking pills if there is a religious event at home, she further says.

Therefore, it is time the male members of the society dealt sincerely with the issue with due sensitivity.