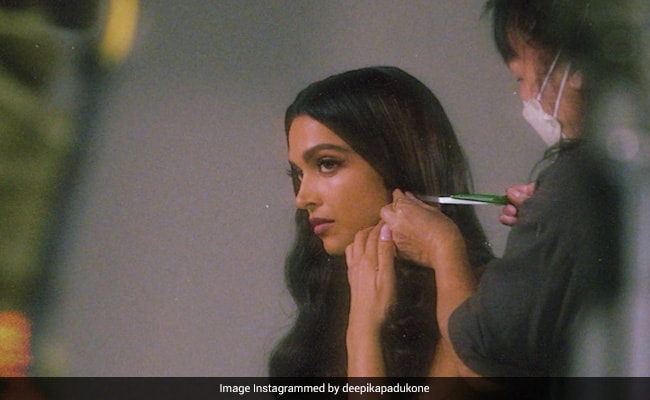 Deepika Padukone, who has a super busy schedule ahead, with multiple projects lined up (more on that later), managed to scoop some time out and shared a photodump on her Instagram profile on Wednesday. The pictures appear to be from a photoshoot. The album features some behind-the-scene pictures of the actress – all stunning BTW. In one of the shots, Deepika Padukone can be seen flashing an ear-to-ear grin. In another one she can be seen getting her hair and make-up done. Another shot is that of the actress posing in front of the camera. “What my days often look like,” she captioned the post.

When Deepika Padukone is not busy with shoots, she scoops some time out for a holiday. The actress shared pictures from husband Ranveer Singh’s adventurous birthday festivities earlier this month. The couple explored the beaches, went into the wild, went cycling, dug into scrumptious meals and managed to click picture-perfect moments. “May our lives be blessed with experiences and adventures in abundance,” the actress captioned the post.

Some more pictures from the getaway:

Before that, the actress attended an event by the luxury jewelry brand Cartier in Spain. Deepika Padukone, one of the ambassadors for the brand, shared these stunning shots from what she described as “an elegant, inspiring evening.”

In May, the actress attended the Cannes Film Festival, where she was on jury duty.