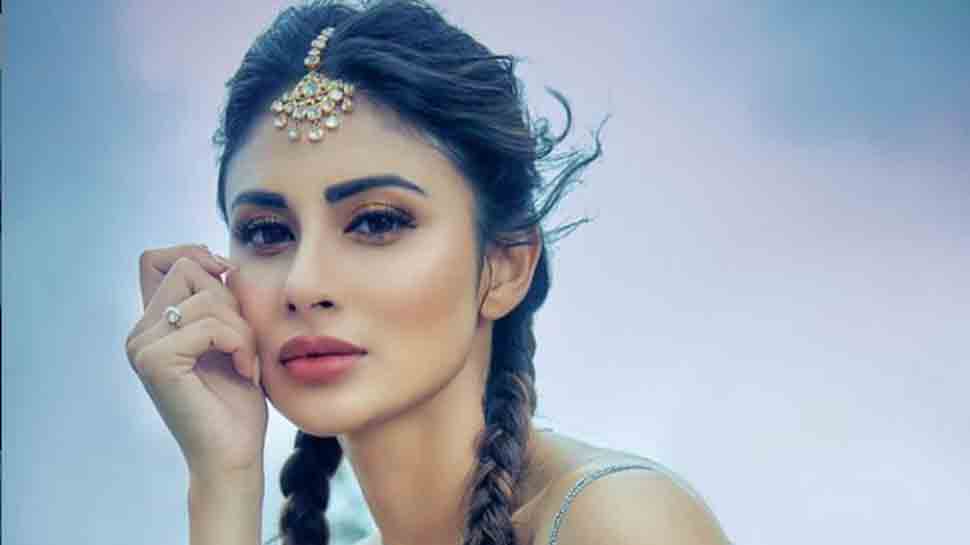 New Delhi: Actress Mouni Roy turned 36 on Tuesday (September 28) and birthday wishes are pouring in for her. The actress, who has drifted to the nearest beach spot to Mumbai, i.e. Goa, is busy making happy memories and even sharing some of them with her Insta fans.

While we wish the ‘Naagin’ star a very happy and glorious birthday, we bring you an incident when the actress had mistakenly had tagged the Union Defence Minister Rajnath Singh in one of her ‘thank you’ birthday tweets, while replying to a fan, last year.

It so happened when the sultry actress was ringing in her 35th birthday last year with her Bollywood bestie Mandira Bedi in the Maldives amid the COVID-19 pandemic. Mouni received many birthday wishes on her special day. However, she was pulled up for when she made a blunder by unintentionally tagging the Defence Minister in one of her ‘thank you’ birthday tweets.

By mistake, Roy tagged Rajnath Singh while replying to Raj Nayak on Twitter, which grabbed eyeballs on Twitter. Having realised her mistake, Roy quickly deleted the tweet and tagged the right person after editing her tweet. However, the damage was already done as netizens took a note of it and some of them began trolling her for her honest blunder. A few of them even asked the actress if she was high on drugs.

Not bothered by the online trollers, Roy continued to enjoy her birthday with her friend.

On the work front, Mouni’s latest music video ‘Dil Galti Kar Baitha Hai’ was released on Friday. Jubin Nautiyal, who also featured in the video, lent his voice to the song. On Monday, the actress recently shot for reality dance show ‘Dance Deewane 3’ where she will be seen as a celebrity guest, promoting her music video.

She has projects like ‘Bole Chudiyan’, ‘Mogul’ and ‘Brahmastra’ in her kitty.

We wish the gorgeous actress a very Happy birthday!