Whose Lens is it Anyway? – Podcast Picks 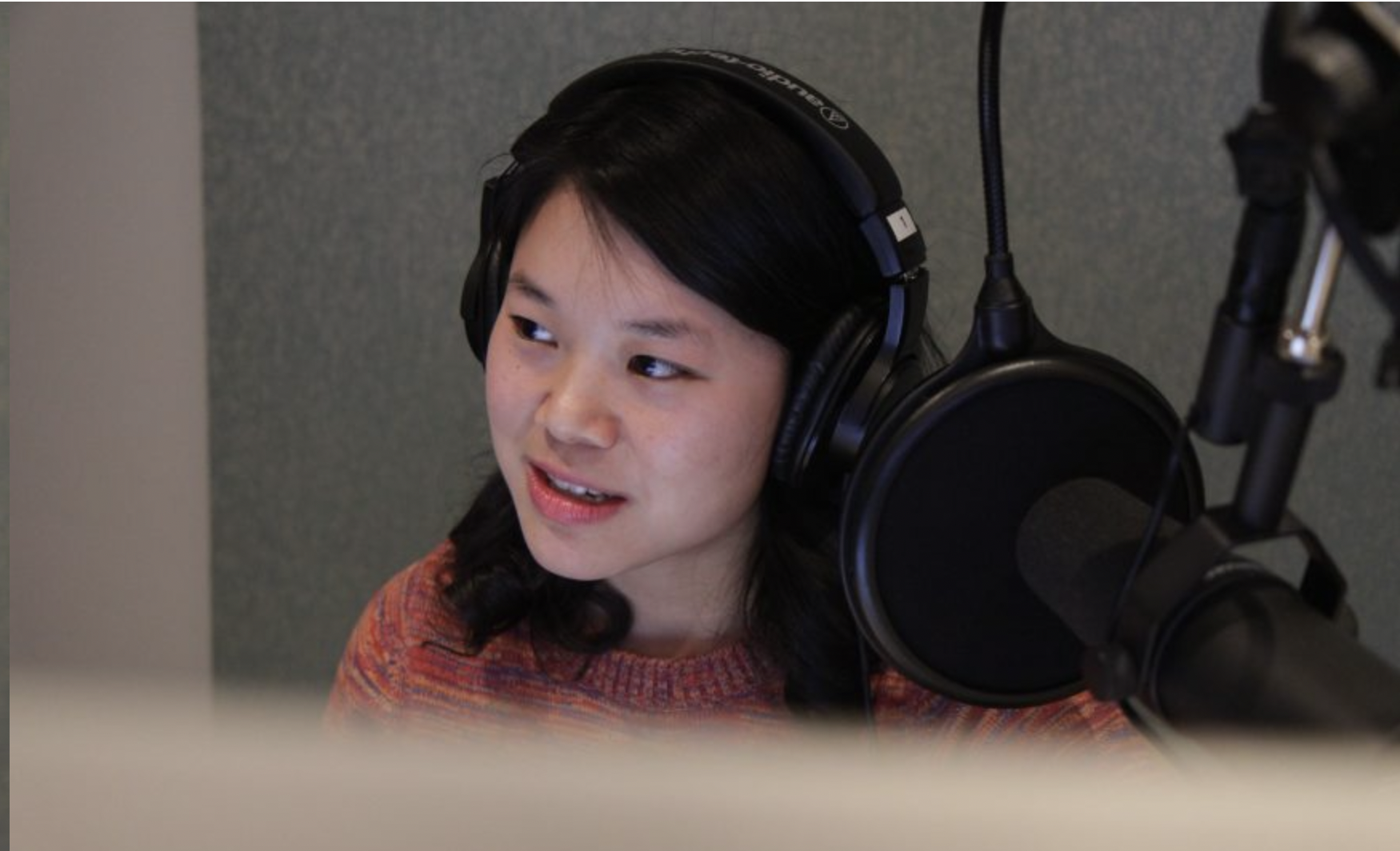 While we’ve come a long way with on-screen representation, much of mainstream television and film fails to offer relatable, authentic representation for all. That’s the beauty of podcasts: up-to-date content in an accessible format that often enables different demographics to have a voice at the table — or better yet, build their own platform. This week’s podcast picks amplify queer, Black, and Asian American creators who are taking control of their own narratives. They offer us a fresh lens through which we can re-watch old favorites or learn about media we’ve yet to engage with. These podcasts will make you feel like you’re sitting in a living room with friends, talking about what you know best: your lived experiences.

Launched in 2021, “Queer Girl Film Club” is is a podcast in which “three queer women watch the classic (and non-classics) of queer girl cinema and discuss,” per its description. Covering movies such as Jamie Babbit’s 1999 teen classic “But I’m a Cheerleader” to recent releases like Jennifer Kaytin Robinson’s “Do Revenge” starring Camila Mendes and Maya Hawke, “Queer Girl Film Club” is an hour-long conversation between friends that offers fresh perspectives on films.

In Season 2, Episode 12, “Queer BAIT Film Club – Bend it Like Beckham (2002),” hosts Holly, Alice, and Georgi tackle the beloved — although not explicitly — queer film from Gurinder Chadha. “There are a lot of valuable conversations about films that are not queer but are queer,” Alice observes. In 2002, when the film was produced, there was a severe lack of adequate queer representation on screen, which the film industry suffers from even today. While discussing whether or not “Bend it Like Beckham” should have been more forthright with its characters’ sexualities, the hosts pause to emphasize that the film was released while England was still “in the age of Section 28.” This piece of legislation, abolished in November 2003, prohibited the “promotion of homosexuality by local authorities” and meant that any positive depiction of the 2SLGBTQIA+ community was illegal. It would have been far less feasible to have the film made, much less sell as successfully as it did, if the two leads openly identified as queer.

Movie theaters in Oklahoma recently posted warnings about a same-sex kiss in Pixar’s “Lightyear,” and even announced they would fast-forward past the scene. Would “Bend It Like Beckham” have stood a chance of being released in 2002 with openly queer protagonists?

“Queer Girl Film Club” notes that a lot of queer viewers have walked away from the movie with the message that “it is okay to be gay even if these two aren’t.” Holly even insists that “the notion that we’re looking at two heterosexual characters is pushing at the limits of credibility.” As the hosts observe, “the fact that we’re still talking about ‘Bend it Like Beckham’ 20 years later is a really good sign that it managed to push a conversation about queerness and how that’s represented in British culture.” Holly recognizes how the film awoke queer identities in so many viewers, and she doesn’t “think that would have happened if there wasn’t a really really thick layer of queerness running all the way through it.”

As mentioned on “Queer Girl Film Club,” the movie isn’t simply about queerness or even friendship. It helped popularize women’s soccer at a time when little attention was given to women in sports, and it also shone a light on the lived experience of British Asians through the societal pressures, microaggressions, and familial expectations Jess, played by Parminder Nagra, had to endure. The hosts conclude that it was remarkable that “Bend It Like Beckham” was able to represent, consciously and unconsciously, the queer and racialized experience with such success.

Listen to “Queer Girl Film Club” on Spotify, Apple Podcasts, or wherever you get your podcasts. 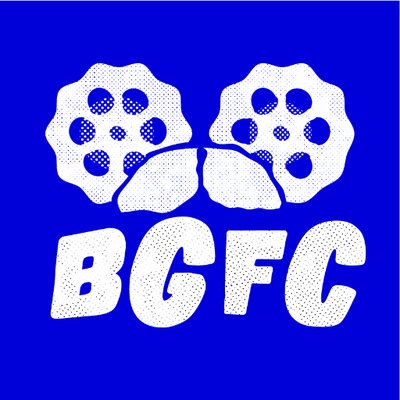 “Black Girl Film Club” offers a space for Black women to watch and discuss movies. With multi-hour episodes released twice a month, hosts Britney and Ashley “analyze movies and the film industry from their unique, and often underrepresented, point of view,” as described on its website.

From Jordan Peele’s 2022 sci-fi horror “Nope” to Rob Reiner’s 1989 rom-com classic “When Harry Met Sally,” the podcasters have pretty much covered it all. Most of their monthly installments see the hosts chatting about two movies sharing the same theme. In Episode 80: “Passing (2021),” “Black Girl Film Club” discussed the concept of passing in Rebecca Hall’s 2021 adaptation of Nella Larsen’s novel “Passing” and Douglas Sirk’s “The Imitation of Life,” taking a deep dive into passing and “what that does to the human psyche,” whether it is a Black person experiencing the privileges of a white person due to their light complexion, or a white person masquerading as a Black person to cultivate a certain (appropriative) image online.

Before digging into the films themselves, Britney and Ashley explore the concept of colorism because, as they observe in the episode, people usually “never get to the root” of why privileges are afforded to people who look a certain way. They break down Eurocentric standards of beauty and how certain features would make someone seem more desirable in Western society. The hosts interrogate why “those features considered beautiful?” in the first place — and it’s usually because they’re rooted in white supremacist ideology, and if a facial feature is akin to or has proximity to whiteness, it is preferential.

This leads to their discussion of Hall’s “Passing” and why a Black person, especially a Black woman, might have chosen to racially pass during the historical context of the 1920s. Britney and Ashley distill the rich, complex adaptation down to this: It’s “all about power and agency.” The act of passing, they argue, is about people trying to secure power and agency, and “how they’re finding it is through white supremacy notion of ideals.” The hosts recognize how these struggles from the 1920s ripple into the present day, often in the world of social media — whether it is brands catering to a white-established notion of beauty, or white women appropriating Black culture and fashion. Passing, colorism, and all their implications are still prevalent today, and as the hosts emphasize, getting to the root issues involving image and power remain critically important.

Listen to “Black Girl Film Club” on Spotify, Apple Podcasts, or wherever you get your podcasts. 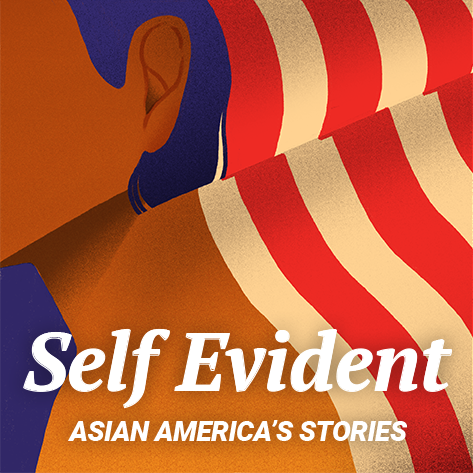 Focused on building “serious infrastructure for Asian Americans to become the authors of their own stories,” “Self-Evident: Asia America’s Stories” passes the microphone to an inclusive range of producers and guest hosts while also putting “tangible resources into the hands of under-served producers, reporters, filmmakers, and listeners from every corner of Asian America.”

Podcast host Cathy, alongside producers James and Julia, dive into various topics such as reconciling with the history and culture behind Spam in the 30-minute episode “Specially Processed,” and how music and art can facilitate personal restoration amidst Anti-Asian violence in “Say Goodbye to Yesterday.”

In a special bonus feature early in the podcast’s run in 2020, senior producer Julia takes the reins in a conversation about Disney’s animated “Mulan,” describing the movie as a “divisive and momentous time in Asian American history.”

The “Self Evident” hosts ruminate on Mulan’s romance with Li Shang and multiple perspectives emerge: Julia, who identifies as Chinese American, notes that she was upset there was a romance plot at all, because her beloved childhood folktale had none — the original legend of Hua Mulan featured a clever heroine who is never exposed for posing as a male soldier. Cathy also admitted her misgivings, observing that Disney’s second iteration of princesses during the 1990s seemed to “cherry pick a fable or a folklore from each culture” around the globe.

While James notes that, at times, the movie felt like “a white gaze on what Asian American culture must be like” and demonstrates how white audiences can fail to distinguish stereotypes from the reality of the racialized experience. Cathy nonetheless appreciates Disney’s efforts to represent Chinese culture and philosophies. Julia also observes that many Asian Americans like herself are drawn to “Mulan” because mirrors the experience of second- or third-generation Chinese Americans who are familiar with East Asian concepts, like ancestor culture, but are still coming from their “own weird, filtered American version of things.”

Their conversation stretches beyond the topic of cultural representation. The “Self Evident” hosts also discuss the film’s resonance with the queer community. Aside from the more overt gender-bending moments like Mulan cutting her hair and going to war disguised as a man, there are many subtleties that audiences have picked up on. Julia addresses the 2020 live-action reboot and the fans’ reaction when it was announced that Li Shang wasn’t going to be in the film at all: “Some people were mourning the loss of what they see as a bisexual hero in the Disney universe. He has a connection with Mulan before he ever knows that she’s a woman and that could be interpreted that Li Shang is bisexual.” She acknowledges that even if that reading was not intentional on Disney’s part, lots of queer folks hold this character and that storyline close to their hearts.

Listen to “Self Evident: Asia America’s Stories” on Spotify, Apple Podcasts, or wherever you get your podcasts.