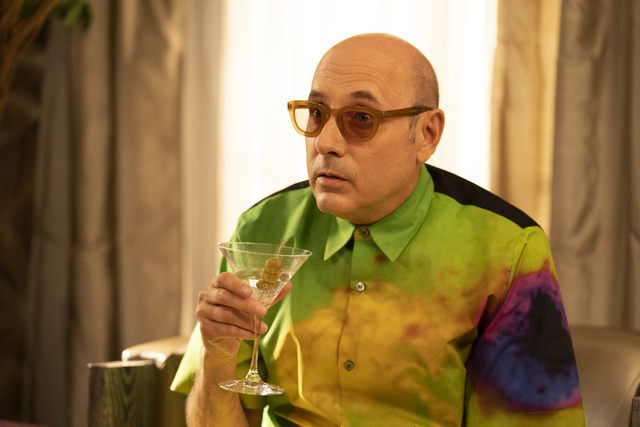 SPOILER ALERT: Storylines from the first two episodes of HBO Max’s And Just Like That… are revealed below.

The cast of Sex and the City was mostly in the dark about Willie Garson‘s pancreatic cancer diagnosis except for longtime friend Sarah Jessica Parker. Garson succumbed to the disease on Sept. 21 at the age of 57.

“The death of Wille Garson was obviously, completely unlooked for, unknown,” franchise star Cynthia Nixon revealed during press interviews on Friday in support of HBO Max’s And Just Like That. “Sarah Jessica was the only one that knew he was sick when we were filming until things became undeniable and then we were told. Thankfully we were able to shoot with him not just before he was sick but after so it could be something we could discuss and listen to him about. I know that was very important for us and I think it was something that was important to him, too—not to be hiding that from us anymore.”

She continued, “As Charlotte [Kristin Davis] says, ‘Death is a part of life,’ but it does remind us of how precious our loved ones are to us.”

Garson appears in the first two episodes of And Just Like That—currently available to stream via HBO Max— reprising the role of Stanford Blatch, best friend of Parker’s Carrie Bradshaw and husband of Anthony Marentino (Mario Cantone).

Stanford is right by Carrie’s side as she mourns the loss of her husband, Mr. Big (Chris Noth), a catalyst that forces all the characters to evolve as much as it did for the actors facing a similar reality after the loss of Garson.

It is as yet unknown how the series will handle Garson’s death if at all in upcoming episodes.