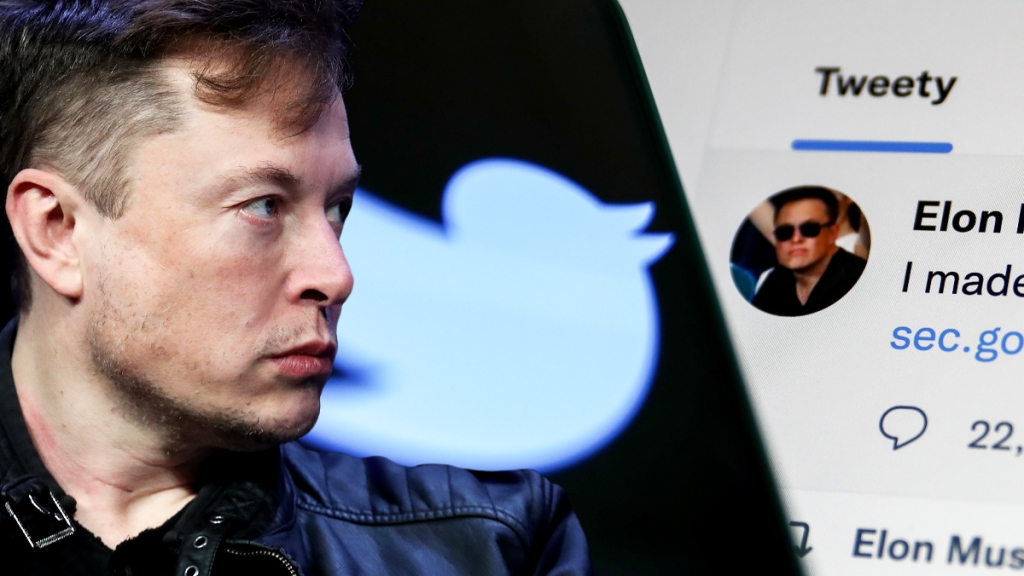 Elon Musk, who is poised to take control of Twitter, has raised a new round of questions about how the climate of social media could change with his revelation that he reached out to Kanye West after the rapper’s anti-Semitic tweets.

“Talked to ye today & expressed my concerns about his recent tweet, which I think he took to heart,” Musk wrote in a tweet Monday night.

The Tesla founder, who is negotiating final details of his $44 billion purchase of Twitter, has already sent loud signals about his concerns about how speech is controlled on the platform. It is widely expected that former President Donald Trump and others who have been banned by the social media platform will be welcomed back. The West affair takes Musk’s position to a different level, given the backlash against West in recent days.

Potential changes in Twitter’s moderation policies were front and center after Musk clinched a deal to buy the platform in April. But he walked away in July, Twitter sued and attention was then riveted by the legal drama, including a whistleblower, as the two sides sparred over texts, Slack messages and general discovery.

Musk, who was staring down a deposition and possibly facing tough odds in a trial set for Oct. 17, renewed his $44 billion offer last week pending financing. A Delaware Chancery Court Judge stayed the trial and gave him until Oct. 28 to close the deal, refocusing attention on the real life impact of a Musk-owned Twitter just as the West controversy emerged.

Twitter locked the rapper’s account for a violation of the social media platform’s policies after he tweeted Saturday that he was going “death con 3 on JEWISH PEOPLE.”

“I’m a bit sleepy tonight but when I wake up I’m going death con 3 On JEWISH PEOPLE,” said West, also known as Ye. “The funny thing is I actually can’t be Anti Semitic because black people are actually Jew also You guys have toyed with me and tried to black ball anyone whoever opposes your agenda.”

The Twitter ban followed restrictions on West’s Instagram account by Mark Zuckerberg owned-Meta after West shared a screenshot of a text exchange with Sean “Diddy” Combs. He accused Combs of being controlled by Jewish people, saying he would use Combs as an “example to show the Jewish people that told you to call me that no one can threaten or influence me.”

West, who hadn’t used Twitter for years, turned to the platform to complain. Musk responded, tweeting, “Welcome back to Twitter, my friend!” Yesterday, he followed up with the tweet saying that he’d expressed concerns to West.

In a statement last week as the Musk-Twitter merger came back into focus, women’s group UltraViolet warned: “Get ready. Elon Musk is about to rip open Pandora’s box and flood the internet once again with hate, misogyny, racism and conspiracy theories.”

“If this deal goes through, Twitter will become an even more dangerous place for women, threats of violence online against Black women and women of color will skyrocket, and anti-trans content will take hold of user feeds. Donald Trump will be replatformed and he will use his account to spread conspiracy theories and promote political violence,” it said.

Nonprofit Media Matters called Twitter’s sale to Musk “the end of the company as we know it, and the beginning of a more toxic platform with incredible potential for real-world harm.”

The debate over speech on social media has been raging for years with tech company heads called to Capitol Hill numerous times for a grilling. Federal law, specifically Section 230 of the Communications Decency Act, protects platforms from legal liability for much of what appears on their sites, and gives them wide leeway in policing the content. Both sides of the aisle have called for reform of Section 230, often (but not always) for different reasons, with the right decrying censorship and the left looking for tighter controls on content.

Previous articleNeon Inks Revolving Credit Facility With Comerica Bank To Expand Slate – Deadline
Next articleKing Charles To Be Crowned On May 6, 2023
LocalTak™Sabse Tez