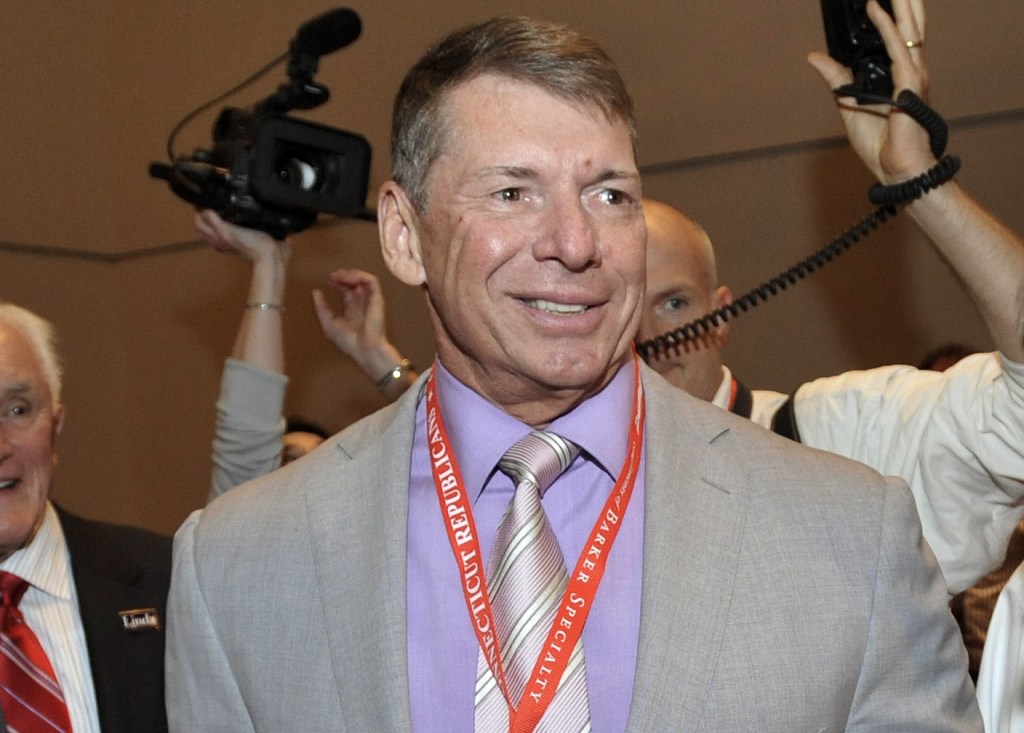 Vince McMahon, the longtime face of and force behind the WWE and the company’s chairman and CEO, is stepping aside pending an investigation into “alleged executive misconduct” by a special committee of the board of directors.

His daughter, Stephanie McMahon, who herself had recently taken a pause from the company in order to “focus on her family,” is taking over the CEO role on an interim basis. John Laurinaitis, head of talent relations for WWE, is also a subject of the board’s investigation.

The Wall Street Journal earlier this week surfaced allegations that McMahon had secretly paid $3 million to a former female employee with whom he had conducted an affair. The payout was alleged to be one of many to women affiliated with the pro wrestling circuit.

McMahon “will retain his role and responsibilities related to WWE’s creative content during this period and remains committed to cooperating with the review underway,” according to a press release this morning.

McMahon is the majority shareholder of the publicly traded company’s Class B shares, which grants him decisive voting power. Various members of his family also sit on on the board of directors.

The WWE has lucrative media deals with NBCUniversal and Fox in the U.S. and has started to reap increasing sums for streaming and other rights around the world. Last year, it swung a billion-dollar deal to have its streaming network absorbed into NBCU’s Peacock.

The board started looking into the matter in April, the WSJ report says. The employee who received the $3 million settlement reportedly had a consensual relationship with McMahon, who used personal funds for the payoff. That investigation, however, revealed several older nondisclosure agreements involving claims by former female WWE employees against McMahon and Laurinaitis.

Stephanie McMahon in the press release promised to work with the independent directors to “strengthen our culture and our company.”

It is “extremely important,” she added, “that we have a safe and collaborative workplace. I have committed to doing everything in my power to help the special committee complete its work, including marshaling the cooperation of the entire company to assist in the completion of the investigation and to implement its findings.”

In addition to the specific probe of Vince McMahon and Laurinaitis, the special committee and WWE plan to work with an independent third party to conduct a comprehensive review of the company’s compliance program, HR function and overall culture, the press release added.