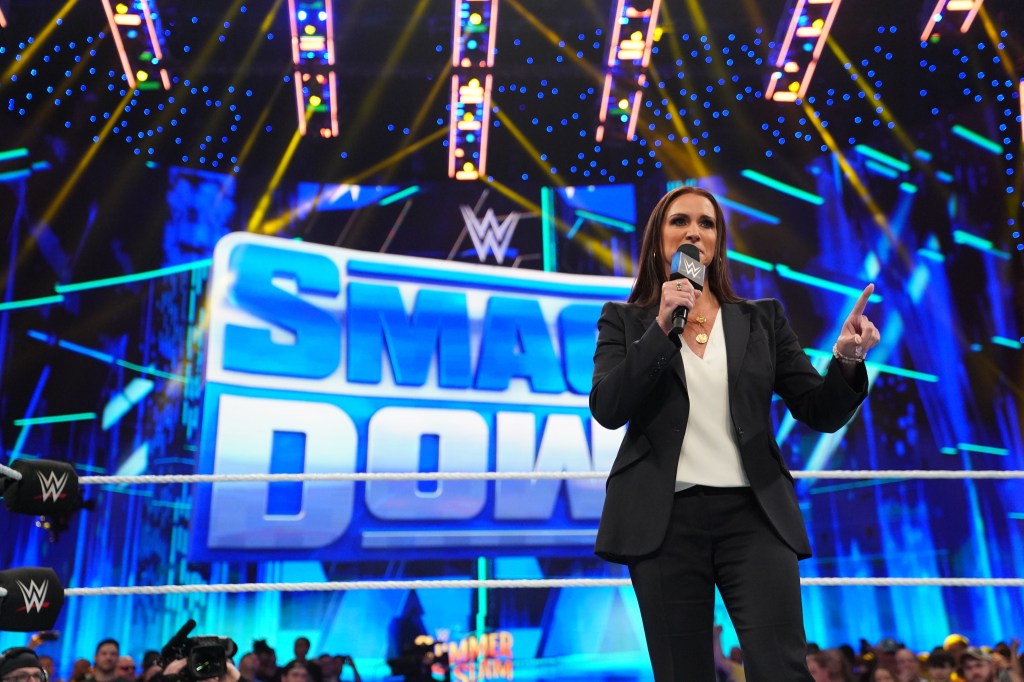 Hours after Vince McMahon’s retirement as CEO of his WWE empire, his daughter, Stephanie McMahon, passed along her father’s thanks to fans in a live appearance at the WWE Friday Night SmackDown.

The new chairwoman and co-CEO of WWE, Stephanie McMahon now joins former CAA agent and co-head of television Nick Khan on the team that will run the WWE.

Vince McMahon, age 77, has been on suspension from the WWE after the Wall Street Journal revealed he had paid hush money to several women regarding sexual misconduct claims involving himself and another executive.

Formerly the WWE Chief Brand Officer, Stephanie McMahon announced in May that she was taking a leave of absence to deal with family issues. .

The McMahon family and Stephanie herself have been a part of wrestling for decades, spawning such brands as Raw, NXT, and SmackDown. Although challenged by upstarts, the WWE’s pay-per-view events are still huge draws and the television shows are consistent ratings winners. Stephanie McMahon’s Friday appearance again topped the ratings, bringing in an 0.6 to easily top the field.

Stephanie McMahon showed up Friday at Boston’s TD Garden to open the show. Her appearance was apparently a last-minute decision, revealed by the WWE only an hour before Fox’s broadcast started. .

Stephanie McMahon spoke about her father, his retirement, and his thanks for the members of the WWE Universe. She was interrupted by fans chanting “Thank you, Vince!”

Stephanie McMahon spoke over the chanting, adding that her father sent his thanks to everyone in the back, the ring and rigging crew, the graphics team, and even Pat McAfee and Michael Cole on commentary. Stephanie McMahaon then led the crowd in another, “Thank you, Vince!” chant.