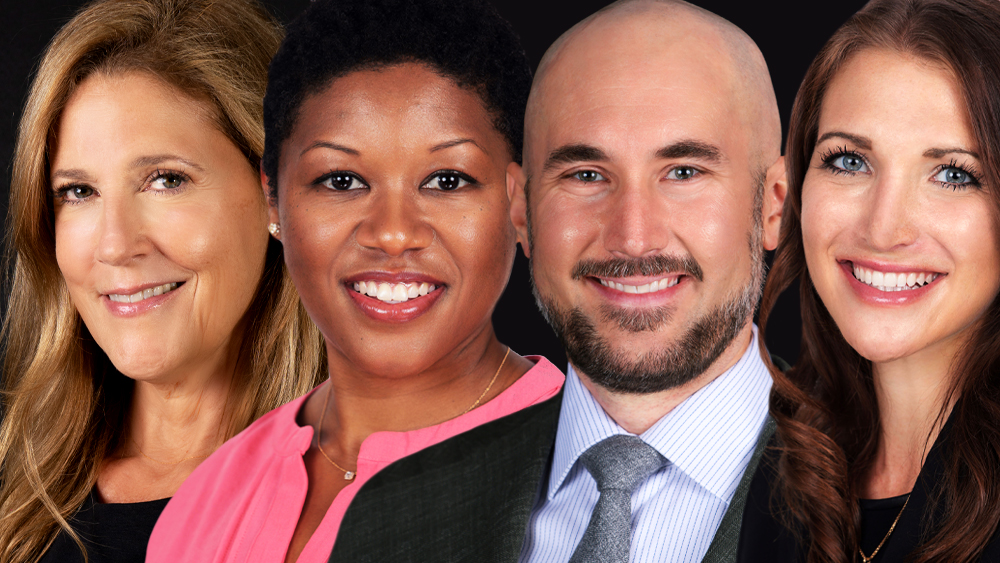 EXCLUSIVE: Snagging some of the best and the brightest from Disney, Netflix and Paramount, law firm Yorn Levine Barnes Krintzman Rubenstein Kohner Endlich and Gellman is expanding, again.

Former SVP of ABC Family’s Business Affairs Sabrina Padwa, e-Netflix legal affairs director Asheley Dean, past House of Mouse legal department point man Bob Thompson, and ex-Paramount Television Studios counsel Stephanie Krause have joined the crew at the Avenue of the Stars shop. Padwa comes on board at the Kevin Yorn-led firm as Partner, Dean and Thompson as Senior Counsel, and Krause as Associate at the A-lister repping firm – which used to be known as Yorn Levine, Barnes, Krintzman, Rubenstein, Kohner, Endlich & Gellman

“We are proud to count Sabrina, Asheley, Bob, and Stephanie as new members of the Yorn Levine team,” partner Gregg Gellman told Deadline today on the new additions. “They are all exceptional attorneys with deep experience in the studio and network ecosystems,” he added. “We are confident that they will enhance our ability, and continue our commitment, to provide elite-level service to the incredible creators and visionaries we represent.”

Read the new team’s bios below:

She comes to the firm from Disney where she was Senior Vice President of ABC Family’s Business Affairs leading strategy, structure, and negotiations on all development and production deals for ABC Family’s scripted and unscripted series, movies, events and acquisition projects, in addition to managing the Business Affairs team. Prior to her title of SVP, Sabrina was an executive for 16 years specifically focused on the ABC Signature and Freeform business.

Sabrina received her J.D. from the University of Virginia School of Law and her B.A. from Wesleyan University.

Before arriving at Yorn Levine, she was a director of business and legal affairs at Netflix, where she was promoted from Manager of Original Series to Director and lead negotiator for several scripted live action and adult animation projects and series, including “Inside Job” and “The Crew.”

She received her J.D. from the University of California, Hastings College of Law.

Previously, Bob worked for Disney and Fox in the Legal Department navigating complex legal issues and agreements on shows such as Homeland, The Americans, and Pose.

In her previous role as counsel at Paramount Television Studios, Stephanie was the lead production attorney on Paramount shows produced for Apple TV, Netflix, Hulu, HBOMax, TNT and BET, including the Emmy-nominated Station Eleven and The Haunting of Bly Manor.

Stephanie received her J.D. from the University of Southern California Gould School of Law.

“Difficult For Selectors…”: VVS Laxman’s Big Statement Ahead Of 2023 50-Over World Cup

“Difficult For Selectors…”: VVS Laxman’s Big Statement Ahead Of 2023 50-Over World Cup