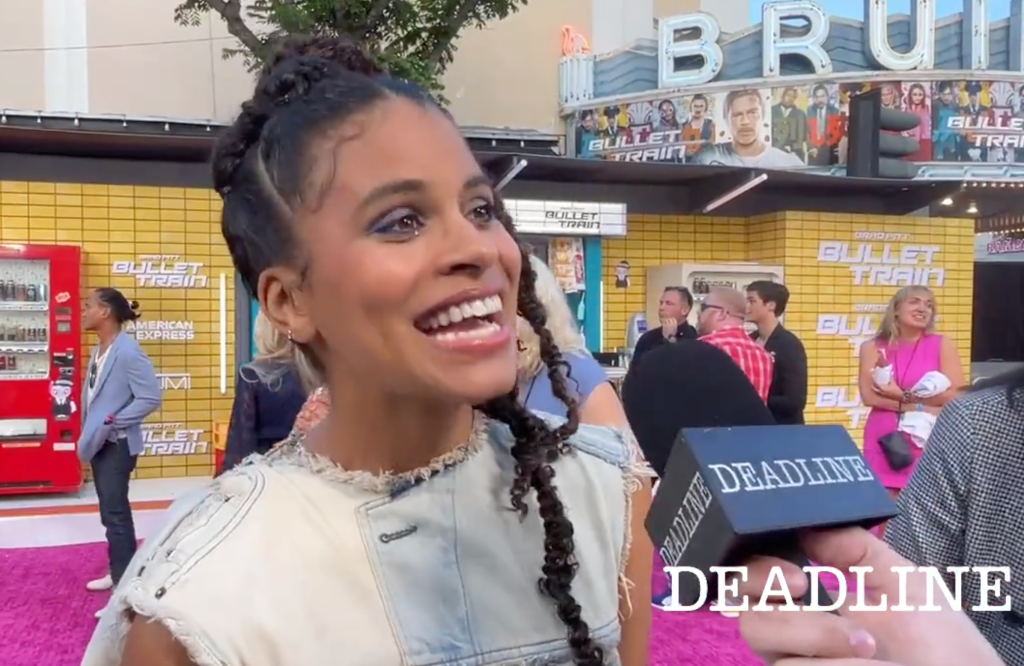 Tonight at the premiere of Sony’s Bullet Train, Zazie Beetz spoke with Deadline about her part in the upcoming season of Netflix’s Black Mirror, which she revealed she has already wrapped.

“I just came off of shooting that, actually. I just shot that in June,” she told Deadline of the part.

Asked if it was a lot of fun she replied, “I wouldn’t say my character is having a lot of fun, but…I think there’s a really great tongue-in-cheek dark element to it, premonition kind of element. The mirror reflecting back on us.”

Beetz is best known for playing Van on FX’s Atlanta alongside Donald Glover and LaKeith Stanfield. Her Black Mirror casting was revealed relatively recently, in mid-July. You can watch her discuss Black Mirror below.

In Bullet Train, Brad Pitt stars as Ladybug, an unlucky assassin determined to do his job peacefully after one too many gigs gone off the rails. Fate, however, may have other plans, as Ladybug’s latest mission puts him on a collision course with lethal adversaries from around the globe—all with connected, yet conflicting, objectives—on the world’s fastest train.

Previous articleIndia vs West Indies, 3rd T20I: When and Where To Watch Live Streaming, Live Broadcast?
Next articleNag Panchami 2022: History, significance and greetings for your loved ones | Culture News
LocalTakSabse Tez