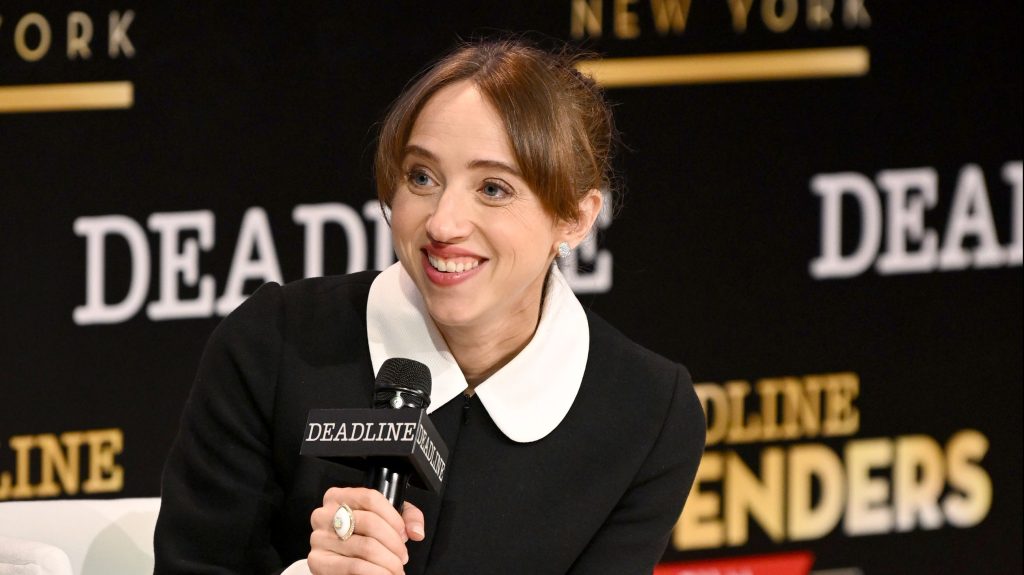 Zoe Kazan recalls her research for playing New York Times journalist Jodi Kantor in the film She Said taking on a “mimetic quality” as the real-life similarities accumulated.

At Deadline’s Contenders Film: New York event, Kazan described feeling “in communion” with Kantor, one-half of the duo who broke the Harvey Weinstein story. “Our kids went to the same preschool. We’re taking the same subway to work. The New York Times building is down the street from all the theaters I’ve worked at,” she said. “I felt like, ‘Oh, I know Jodi — we wear the same backpack to work!’ There’s some sense in which, she’s a Brooklyn mom, I’m a Brooklyn mom.”

An additional “deep tie with Jodi,” she said, was their shared experience of having their parents provide child care for their toddlers. Given the subject matter explored by the film, it highlighted “the intergenerational tie between women.”

The Universal Pictures film, which is directed by Maria Schrader and hits theaters November 18, takes a deep dive into the misdeeds of Weinstein, the former movie mogul who was convicted in New York of sexual assault and has been accused by 82 women of a range of crimes.

Deadline film writer Valerie Complex, who moderated the Contenders session, asked Kazan what her response is to anyone who might wonder if the film is coming “too soon” after the Weinstein revelations in 2017. “It’s a really valid question,” Kazan said. “For me, it has to do with, it’s not like this problem is solved. I think Jodi and Megan [Twohey, her Times colleague, played in the film by Carey Mulligan] and the reporting were not trying to just take on one man, they were trying to take on a whole system.”

As for the #MeToo movement, for which Weinstein has been a symbol, Kazan said society and industry have “made strides” over the past five years, but “there’s so much farther for us to go. … We’re still living under the same social structures we were then. The most powerful part of the film to me is that it shows how people who are not coming from a super-powerful position can make a difference.”

Asked about her initial response to the Weinstein revelations in 2017, Kazan said she remembered thinking, “I hope this makes a difference.” Weinstein seemed like an “impenetrable,” Zeus-like presence presiding over Miramax and making careers and enemies in equal measure. “There were so many rumors about his behavior that it felt like nothing was going to change,” but Kazan felt “moved by the groundswell” that resulted from the Weinstein reporting, and feeling a renewed hope that “the system gets held to account.”